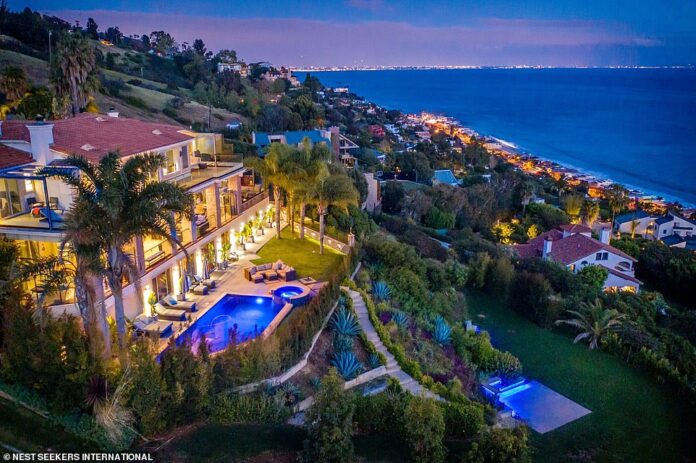 While Suge Knight is serving 28 years behind the bars at the R.J Donovan Correctional Facility in San Diego, California, his Malibu mansion goes on sale for $30m.

According to the DailyMail reports, the new price is way bigger than the last time the mansion was on the market. Back in 2008, Suge sold his home for $6.2m following legal problems, now the mansion has a new owner, who gives you the chance to cop the estate for a fair price.

Knight is currently serving his time in jail after he was convicted of voluntary manslaughter for running over and killing his friend in 2015.

The mansion built in 2001, holds the name “Villa Pacifico”, sits on seven acres of landscaped gardens, and was home to the Death Row Records’ boss until 2008 when he went bankrupt and was forced to sell it. Since then, Suge’s former home was sold several times, and even was even able to rent for the amount of $75.000/ a week.

Designed by his taste, the mansion got 7 bedrooms, 10 bathrooms, an incredible kitchen suitable for a high-class chef, a pool, theater, a gym, and its own helipad. With a breath-taking view of the ocean, Knight’s Malibu mansion rests on a mountain clifftop.

In his prime time, Knight was the Hip-Hop’s one of the most influential and powerful people. With his business mind, Marion “Suge” Knight managed to recruit and keep for a while some of the rap game’s heavyweights like Tupac, Snoop, Dr. Dre, and the list goes on.

With this already said, you can’t have an 8,272 square feet-big Malibu mansion without having a recording studio in it, right? Decorated in purple and grey, the studio was once used by Rihanna, Justin Timberlake, Mariah Carey, Justin Bieber, and more celebrities.

Check out some of the photos of Suge Knight’s Malibu mansion below.