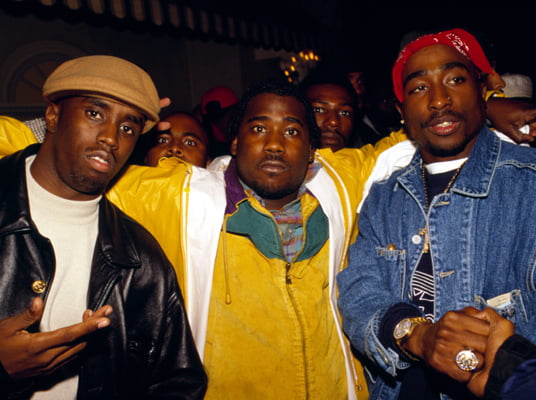 It has been 20 years since the murder of legendary artist Tupac Shakur and the conversation surrounding the circumstances of his death have once again made headlines. This time, retired LAPD officer Greg Kading, who led a task force investigating the murder, is going public with claims that Diddy once offered $1 Million to crip gang member Duane Keith “Keffe D” Davis to kill Tupac and his manager Suge Knight.

Kading says that Shakur was gunned down by Orlando “Baby Lane” Anderson after the men were involved in a fight earlier that same night. Furthering his claims, the former officer says that Suge Knight hired blood gang member Wardell “Pooch” Fouse for a retaliation hit onNotorious B.I.G., for $13,000. According to Kading, he was able to pry verifiable information from Keffe about the circumstances that led to Shakur’s murder in order to avoid charges for other crimes.

If his intention was to just get away with it, so to speak. It would have been very easy for him to not include all the details that he did.

Some of the “details” are allegations that Diddy said he would “give anything for Pac and Suge Knight’s heads,” to a room full of crips. Kading is not backing down from is claims either, stating that he is prepared to defend his stance however that may be.

I don’t think any rational person looks forward to getting sued. But if I did, I would not shy away from it. I am very, very confident in the case. I’m confident in the evidence. I have absolute closure in the case already.There is no doubt in my mind that we’ve discovered the truth and we’re presenting the truth. So as far as the murders go, they’re solved.

See Also  How Much Time Did Tupac Spend In Prison?
- Advertisement -

“The Final Chapter” – Tupac Under Fire: The Saga Continues, VIBE...