Orlando Anderson was the guy attacked by Tupac, Suge, and others from Death Row the night Tupac got shot in Las Vegas

On the night of September 7, 1996, Tupac, his entourage, and Orlando Anderson were involved in a fight inside the MGM Grand Hotel in Las Vegas, Nevada, three hours before Tupac’s shooting.

WHO IS ORLANDO ANDERSON AKA BABY LANE?

Orlando “Baby Lane” Anderson, who is a member of the Southside Compton Crips, is said to have stolen a medallion from a death row member – some of whom have been linked to the rival LA gang The Bloods. Days later, on September 7, 1996, while walking through a casino lobby in Las Vegas, Tupac, Marion “Suge” Knight, and his blood gang attacked Anderson in a fistfight. The legendary rapper was unaware that a punch in the face of a Crips had sealed his fate.

This incident was the reason for Baby Lane to gather three more Crips for a vendetta against the rapper. A few hours later, Tupac was shot dead at 11:15 p.m. in a drive-by shooting on the Las Vegas strip. While Death Row Records’ main character Marion “Suge” Knight drove a BMW and the rapper was in the passenger seat, her car was littered with bullets from the back seat of a rented white Cadillac. Tupac died six days later in the hospital after being hit four times in the chest, arm, and thigh.

This is an interview Orlando Anderson (better known as Baby Lane of the South Side Crips) and his lawyer Renee L. Campbell did with Sanyika Shakur (better known as Monster Kody of Eight Tray Gangster Crips) for VIBEs December 1997 Issue. Orlando Andreson was the guy attacked by Tupac, Suge, and others from Death Row the night Tupac got shot in Las Vegas.

Sanyika: Why did the Death Row crew zero in on you that night at the MGM?
Orlando Anderson: I really don’t know why. I don’t even know them.

Sanyika: Who pushed you first?
Orlando Anderson: Actually, I think it was Tupac.

Sanyika: What did he say when he first stepped to you?
Orlando Anderson: I don’t really think he said anything. It happened so fast. All I felt was a swarm.

Sanyika: You didn’t recognize nobody else? Did you recoginze Suge?
Orlando Anderson: I seen him on the videotape later.

Sanyika: Where we from in Compton, our first instinct – after beeing assaulted, insulted, shoe stepped on – is to respond. Did you feel calling your peeps?
Orlando Anderson: Me and my brother ain’t like that. I was just scared because I done heard so much about these guys. It was, like, Damn, what did I do?

Sanyika: So you are not a Southside Crip?
Orlando Anderson: No.

Sanyika: So, nobody in your immediate family bangs?
Orlando Anderson: My brothers? Naw.

Sanyika: Besides your brothers?
Orlando Anderson: Well, y’knowhamsayin’, there’s my uncle and them.

Sanyika: The police said that they raided a Southside hangout, and there were guns there and a diploma on the wall with your name on it. Yet you said you lived next door.
Orlando Anderson: [Anderson’s lawyer writes on a yellow notepad and pushes it toward him] I’m not gonna answer that.
Campbell: The affidavit is full of fiction. There is nothing in there that’s independently corroborated. We don’t know why that particular Compton police officer wrote it, but it’s full of lies.

Sanyika: It was reported that you were bragging about whacking Makaveli.
Orlando Anderson: You might as well don’t even pay attention to the affidavit.

Sanyika: That wasn’t just the affidavit. People on the street in Compton told VIBE you were bragging about it.
Orlando Anderson: [Shakes his head; no response]

Sanyika: Do they call you Baby Lane?
Orlando Anderson: Some People call me that.

Sanyika: When I was in jail with Suge Knight, he said, “Baby Lane did it.” How do you respond to this guy’s saying you were the shooter?
Orlando Anderson: I really don’t know why Suge would say something like that. I don’t even know Suge.
Campbell: As far as we’re concerned, whatever Suge Knight is saying, he’s saying for gis own gain. We’ve also named him in the lawsuit. There is no evidence against Orlando. If they would do a proper investigation, they would very likely find out who killed Tupac.

Sanyika: On the stand, you said Suge was not involved in your beating, that he tried to stop it. Now you’re naming him in the lawsuit for participating in your beating.
Orlando Anderson:At the time, I was fearing for my life.

Sanyika: You were fearing Suge’s camp? Death Row People?
Campbell: We don’t want to comment on whom he was fearing.

Sanyika: Aren’t you worried about perjury charges?
Campbell: Even at the time [Orlando] testified, the judge was very skeptical. People say what they need to say if their safety is threatened.

Sanyika: Why change the story now? Are you less scared?
Campbell: No, it’s not that. Orlando was advised by his lawyers that if he was going to bring this lawsuit, then he would need to bring it now. He suffered injuries; he has damages that he wants to collect on.
Orlando Anderson: I was kicked in my head, and I was bleeding out of my ear. My hands right here were swollen.

Sanyika: How do you feel about Tupac’s mother filing this countersuit against you?
Orlando Anderson: That’s nonsense to me.
Campbell: That was done solely in response to the lawsuit we filed. Her lawsuit has absolutely no basis.

Sanyika: You were on “America’s Most Wanted”. Have you had any troubles because you were named as a suspect in Tupac’s killing?
Orlando Anderson: I’ve been threatened a lot.

Sanyika: How has this altered your life?
Orlando Anderson: I just stay in the house all the time.

Sanyika: Why don’t you just get vested an heated an continue to do your things? Life goes on. Even ‘Pac himself said it.
Orlando Anderson: I ain’t that type of person. I’ll just put it in the Lord’s hands.

Sanyika: Did anybody ever tell you that you were very much resamble Tupac?
Orlando Anderson: Yeah, a couple od people have told me that.

Sanyika: Because you feel him?
Orlando Anderson: Yeah. To me he was like the Marvin Gaye of rap. If he was to comeout with some new music, I’m still about his music.

Sanyika: Do you have a favorite ‘Pac song?
Orlando Anderson: “All Eyez on Me.”

Sanyika: Especially now, huh? What do you wish at this particular juncture in your life?
Orlando Anderson: I wish they would find who did it so I can prove my innocence. 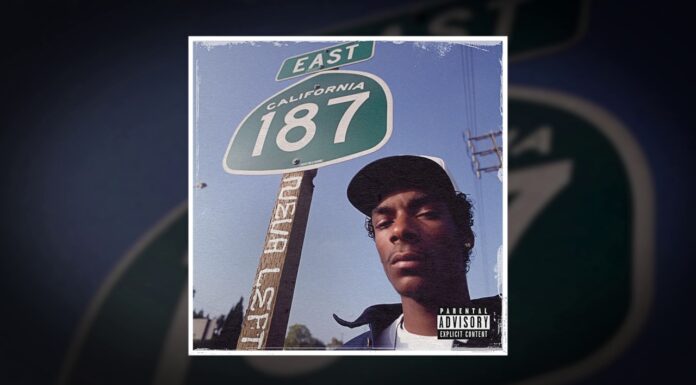 Snoop Dogg – Promise You This