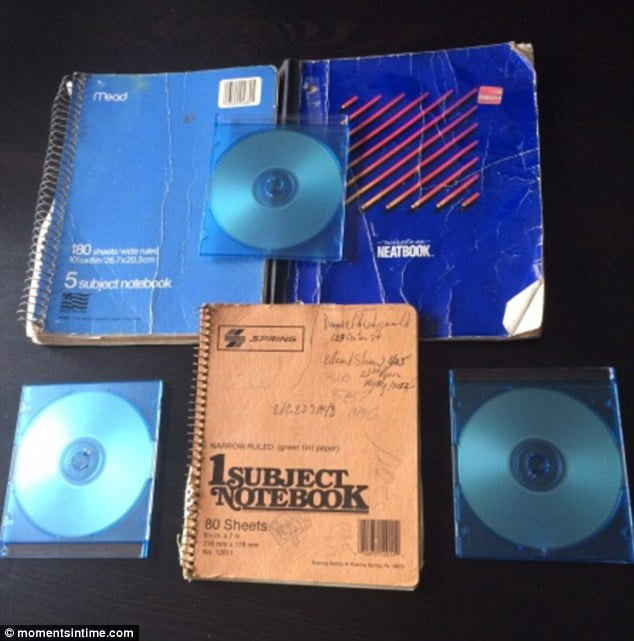 The seller’s father had ‘worked with the rapper for years’ and agreed to part with the items.

The haul includes three notebooks filled with notes, ideas and lyrics for songs released and unreleased, as well as three CDs with some of the unreleased tracks.

The whole package is now up for grabs to the highest bidder from autograph dealer Moments In Time.

‘These 3 notebooks, until now totally unknown, contain original lyrics in Tupac’s hand to Point The Finga, Easy Being Me,16 On Death Row, Keep Ya Head Up, Break ‘Em Something, Who Do U Love, Street Fame, My Suicide Note, Only Fear Of Death, Thugz Get Lonely Too, etc,’ the site advises. ‘A truly remarkable discovery.’

According to TMZ, someone answered a Craigslist ad for baseball cards and the seller also had the West Coast rapper’s memorabilia because his father used to work for Tupac.

Tupac’s handwritten notebooks are set to go up for auction. Recently unearthed memorabilia includes CDs with unreleased music from Tupac and three notebooks with various notes for lyrics and music video ideas, including those for “Point The Finga.” 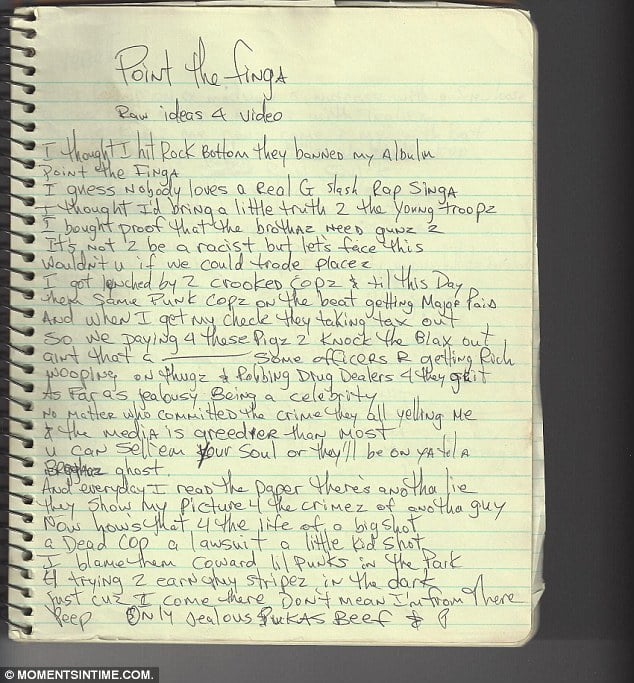 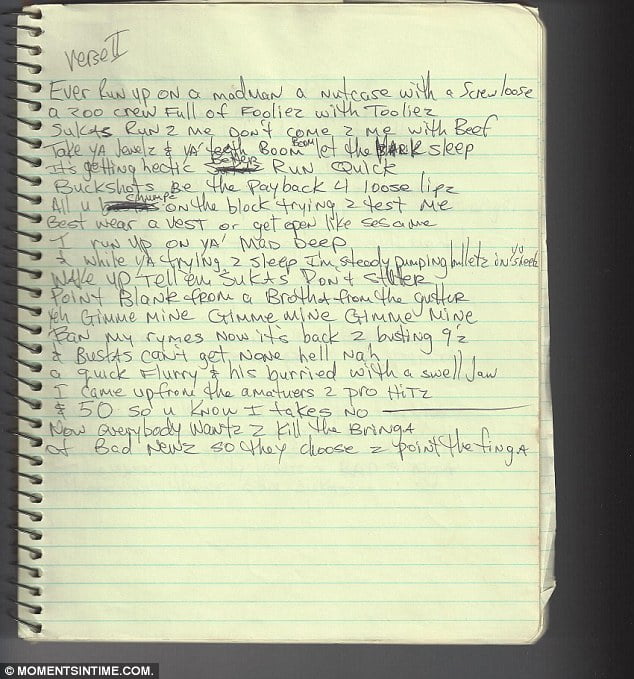 Tupac’s notebooks are to be auctioned off by Moments in Time, the same place that sold aletter Tupac wrote from prison for $225,000.

TMZ says that the rapper’s mother, Afeni Shakur, will attempt to block the sale of the notebooks because the estate has its own policy for regulating the purchase and sale of Tupac’s memorabilia.