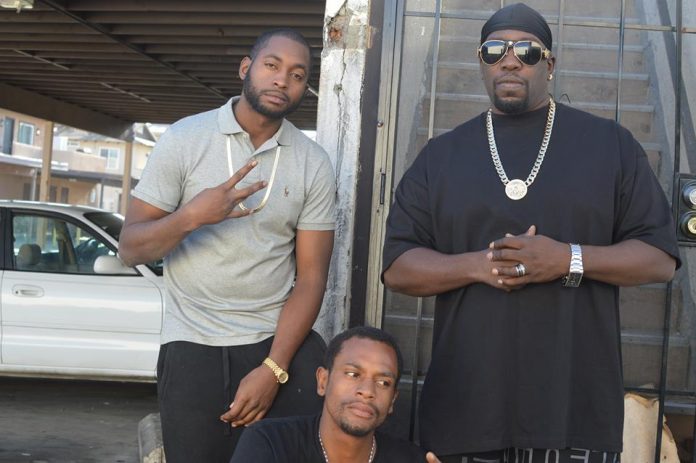 Bossolo: I was born in the city of Madison Wisconsin I’m a Midwest Baby raised on the West born 1971 Have you had a tough childhood, as any young black man. Tell us how you started rapping and getting rid of the bad things in the ghetto. had a very hard child hood my biological dad died before I was born. My older brother which is 10 years older than me was always in and out the juvinle system so i had no father figure to look up to. Had to learn things the hard way on my own.

Moved to Los Angeles Ca. straight from Madison Wisconsin in the mid 80’s then landed in a small town in the Inland Empire, were violence and drugs was a everyday thing. I Didn’t start rapping intil i caught my first case in 1989, when I got out of jail i knew i had to get on the right path cause gangs and selling drugs wasnt working for me So my girlfriend at the time hook me up with her uncle which was a music producer and that’s when I left the streets alone to persue my music career.

2PacLegacy.net: Who rap artist who influenced you in your career?

Bossolo: I was influenced by rappers like Rodney O and Brother Marquis from 2 Live Crew. Coming from the same small town were there wasnt any support, I used to see Rodney O and Brother Marquis rapping on the mic at the park every sunday, until they landed a major record deal and moved away. After I saw them on Yo MTV Raps I started gravitating to the lifestyle and fantasizing about becoming a rap artist. this is before I went to jail and caught my case being a rapper was just a dream to me.

2PacLegacy.net: There were a few songs with Big Syke. He recently passed away, tell us more about your friendship with him, how did you meet, and some interesting things with you two.

Bossolo: Met Big Syke thru a mutual friend that was on Thump Records after a friend interduced me to the mutual friend, the mutual friend then became my friend and decided to introduce me to Big Syke. After me and Syke exchanged number everything after that been history. We would laugh we would argue go the studio and drop some heat we would have debates then laugh about it later. Me not understanding the game Big Syke would aways explain certain things to me Big Syke was like my big brother.

We met so many times in Wildomar Ca. at the circle k that became are favorite spot to meet. We would have private phone conversations that was so incredible Big Syke believed in me and alot of people dont know I was down with Big Syke he made me apart of Thuglife back in 2008.

2PacLegacy.net: How Big Syke lived in his last days?

Bossolo: Big Syke was not doing that good he lost his house in Wildomar Ca and had to moved back to the hood in Los Angeles Ca. I know he wasn’t happy about that, I saw it in his eyes on the video and heard it in his voice when I talked to him that he was getting depressed, cause Syke would start talking about working a regular job as a carpenter and started talking bout stop doing features and he would explain how dirty this game was, how the major labels would delete his verese off of Tupac songs. He wasn’t happy at all at the end but did tell me to keep to make it crack like some knuckles mayne.

2PacLegacy.net: Did he know Tupac? Have you met with him?

Bossolo: If so, tell us what are your impressions. No I didnt know Pac never Met him, that dream will never come true because my favorite rapper is dead R.I.P Tupac

2PacLegacy.net: You and Spice 1 prepare project Thug Therapy 2. What can we expect?

Bossolo: Me and Spice 1 did Thug Therapy 2 years ago the project was great 17 straight bangers produced by Steve Vicious. Yeah Thug Therapy 2 me and spice got major plans to record thug Therapy 2 its just are schedules are conflicting right now so i’m working on ” I am Legend” featuring O.G Ice T, and my new album “No Mercy ft. Spice 1, Wc and Young Noble is out now.

2PacLegacy.net: Tell us more about your partnership with Daz Dillinger.

Bossolo: Daz Dilliger is super cool I got him on the remix “Activated” ft. Spice 1 and Big Syke and Daz dropping the remix on “Who Ride Wit” us Vol 5 that’s my West Coast homie

2PacLegacy.net: How do you see yourself in the future?

Bossolo: I see myself having a clothing company other artist on my label Capitol Hustle Inc. and just putting out more great music for people to listen too, I also would like to get back into acting because nobody probabally dont know this, that I played on The Parkers two Episodes, The Christmas episode and the episode with Lil Zane. So i see myself doing great thing in the future and also getting the Legendary Scarface on a record.

2PacLegacy.net: Do you want to say something to your fans?

Bossolo: Yeah dont let anybody discourage you I know everyday life can be a struggle but there is a rainbow t the end of the road. I like to thank all my fans that been suppoting me since day one overseas to the united states much love.