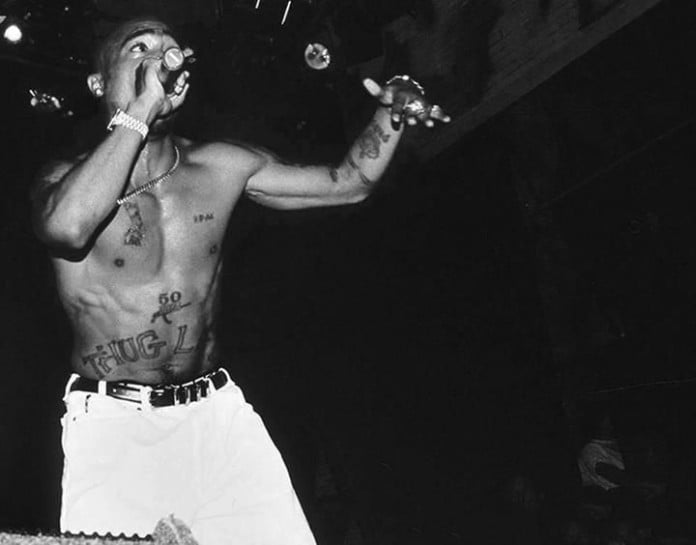 On May 28, 1994, Tupac was supposed to have done a concert in Philadelphia at the Robin Hood Dell East, but it was cancelled after Mayor Rendell and chief of staff David L. Cohen decided it would have been inappropriate at a city-owned stage.

A concert featuring controversial rapper Tupac Shakur was canceled by the city in a move that sparked cries of censorship from music promoters and fans yesterday, as well as cheers of “hurrah” from some local women’s groups.

The show, featuring Shakur and an assortment of other rap groups, was scheduled for last night at the Robin Hood Dell East. David L. Cohen, Mayor Rendell’s chief of staff, said Shakur’s music was not “consistent with the family-based entertainment that the city wants to provide.”

Cohen said the show’s promoter had not obtained insurance required by the city, but he made it clear that the concert was canceled last week for more than contractual reasons. At least one African American women’s group had protested Shakur’s scheduled appearance, saying his lyrics glorify violence.

Shakur, 22, has been followed by controversy throughout his career. The rapper, who performs under the name 2Pac, is awaiting trial in the shooting of two off-duty policemen in Atlanta last year. In February, the rapper was sentenced to 15 days in jail and community service for beating up a music video director.

In Texas, a young man, Ronald Ray Howard, who was convicted of slaying a police officer last year, claimed that it was the music of Shakur and other gangsta rappers that caused him to kill the policeman. The officer’s widow is suing Shakur.

Cops on my tail, so I bail till I dodge them

They finally pull me over and I laugh

And I blast his punk ass

“This is a bad person,” Cohen said, “and his lyrics are consistent with that type of behavior.”

Olivia Davis of D-Way Productions, which was promoting the event, said the city had no right to act as censor.

“This is a blatant disregard for freedom of speech and the First Amendment,” she said.

Cohen said Shakur’s lyrics “are completely contrary to what the city of Philadelphia is all about.”

“We don’t think an act like Tupac Shakur is consistent with the type of entertainment we want to provide at a city-owned and -operated facility,” Cohen said.

He said another factor in the decision to cancel the concert was that Davis had not complied with a contract stipulating insurance for the event.

“She violated her contract by not having any insurance” for the event, Cohen said.

Once that agreement was broken, the city said the concert couldn’t be held at the 10,000-seat Dell.

Davis said that censorship was the primary reason for the cancellation, not the dispute over insurance.

“That’s just a legal technicality. This is a censorship issue,” she said. ”I don’t particularly want to hear certain things, but then I turn the channel.”

“She says this is censorship, but we didn’t pass an ordinance saying you can’t hold this concert in the city,” he said. “We own the Dell; we operate the Dell. . . . She can scream all she wants, but this is not the type of act that has a place in the city of Philadelphia.”

“His show has nothing to do with what happens in his personal life,” Colb said.

Colb said rap shows suffered an unfair stigma. “I call it rap-paranoia. People just think that anyone who listens to rap will go crazy and get

violent. . . . Tupac doesn’t incite any violence in his shows.”

“This stuff is filth,” said Weldon, president of the Philadelphia Political Congress of Black Women – a group that has picketed local record stores that sell the music. “Children shouldn’t listen to it.”

She said gangsta rap like Shakur’s fosters “disrespect for black women and goes against what our children are learning.”

“The words and things in that gangsta rap is just awful,” she said. ”They call the women bitches and ho’s. That’s not something children should hear. And I certainly hope a black man would not want to take a black woman to a show where’s she’s disrespected like that.”

“What are they going to say when their kids come home, see their mother or their sister, and say, ‘Hi, bitch, hi, ho.’ “

The show, called “The Bomb,” was to feature about a half-dozen other acts, including Black Moon, Das EFX, Lux, Bahamadia, Father MC and a host of local performers.

Last night, Davis stood outside the Dell and told those who hadn’t already heard that the concert was off.

Music boomed from an open car door as about 50 people milled about in the parking lot. A steady stream of cars drove up and disgorged confused passengers. Most would walk over to where Davis was standing then return to their cars with a quizzical look, “Canceled?”

Fans and the musicians themselves condemned the show’s cancellation.

“What kind of message does this send to young black people?” asked ADX, the lead vocalist for the rap group Urban Assault, a local act that was scheduled to perform. “I mean, they can have Ku Klux Klan marches, but we can’t have a concert?”

He deflected criticism of the sometimes-graphic lyrics.

“People say rap is bad, violent,” he said. “Rap is just a reflection of what the city youth sees every day. We’re talking about reality.”

“It’s all about freedom of expression,” said Hassan, the manager of Urban Assault. “This is how the young brothers express themselves. Everybody else has got classical, R & B or rock. This is our expression.”