Johnny Lee Jackson (August 28, 1969 – October 3, 2008) was born in Juárez, Mexico, in 1969 and raised in South Central Los Angeles. He is also known as Johnny “J”, was a Mexican American multi-platinum songwriter, music producer and rapper best known for his early career with Death Row Records and for his work with 2Pac for Me Against the World, All Eyez on Me as well as his posthumous albums.  Johnny J was a pioneer of the West Coast sound. He was co-owner and CEO of Klock Work Entertainment. 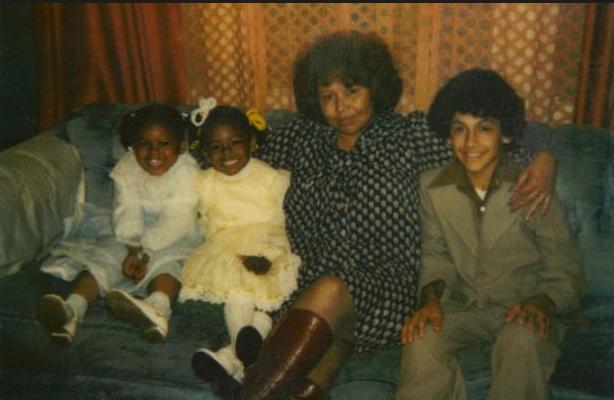 Johnny J grew up on 103rd and Budlong in South Central, Los Angeles, the oldest of three children. His father, John Sr., was a mechanic by trade who worked for the naval shipyards and now works for the U.S. Defense Department; his mom Lidia taught at a bilingual school. Johnny was spoiled as a kid. His family bought him a drum machine, built a home studio, and even made a break-dancing floor out of tile for him to practice on. His first car was a yellow Camaro. 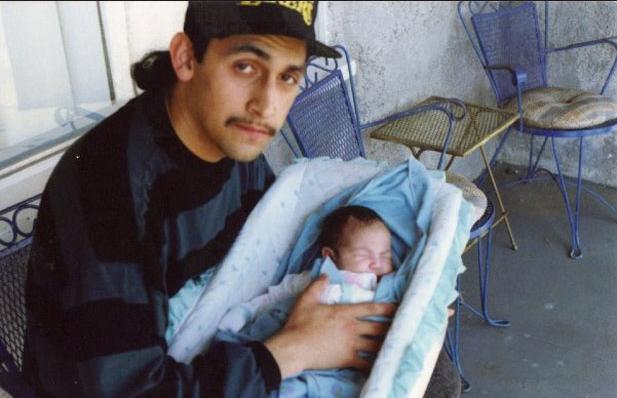 Johnny’s interest in hip-hop escalated while he was at Washington Preparatory High School. He played on the drum line and hit it off with the aspiring rapper Candell “Candyman” Manson; future artists such as Yo-Yo, WC and Sir Jinx, of Da Lench Mob, also attended Washington Prep around that time, in the mid-1980s. Soon after high school, Johnny got his big break, producing “Knockin’ Boots” for Candyman. The song went platinum and reached No. 9 on the Billboard Hot 100 in summer 1990, pushing Candyman’s debut album, Ain’t No Shame in My Game, into gold status. 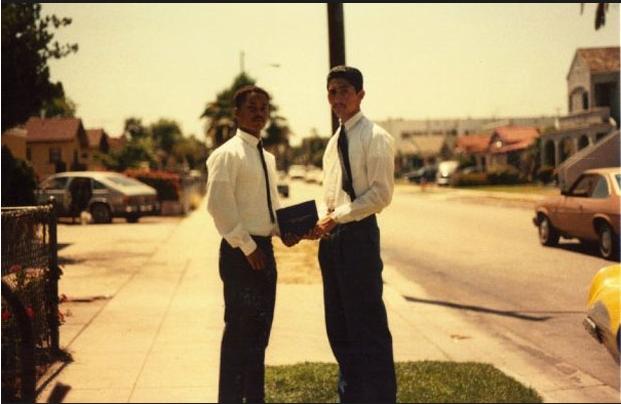 Early in 1992, Johnny “J” got married to Capucine Cantrell they have two children together named Zhani and Niamyja and one from a previous relationship Malaysia. The two had a loving and business relationship and in 1995 they formed KLOCK WORK Entertainment together.

In late 1993, Big Syke, a member of 2Pac’s group Thug Life introduced Johnny to ‘Pac. They quickly gelled, recording “Pour Out a Little Liquor“, for the Above the Rim soundtrack, and “Death Around the Corner,” which would appear on Me Against the World. The partnership was derailed, though, when Tupac was sent to prison in February 1995. But after his release in October 1995, the pair reunited at Can-Am Studios in L.A where they knocked out seven, sometimes eight tracks a day. “Tupac felt very secure with him in the studio,” says the producer Ronnie King, who played keyboards at those fabled sessions.

Johnny J recorded and released his debut rap album I Gotta Be Me in 1994, which spawned two singles: “Get Away From Me” and “Dig Um’ Out”. A music video was shot for “Get Away From Me”. Jackson produced the entire album, and even showcased his singing abilities on such tracks as “Love’s the Way”. The beat for “Better Off” would later be recycled for 2Pac’s “Picture Me Rollin'” in his 1996 album All Eyez On Me. I Gotta Be Me is now out of print and hard to find.

The double album was released early next year, and Johnny J produced the chart topping hits “All Bout U”, “How Do U Want It” and “Life Goes On”. He also produced “Thug Passion”, “Shorty Wanna Be A Thug”, “Wonda Why They Call U Bitch”, “Run tha Streetz”, “All Eyez on Me”, “What’z Ya Phone #” and “Picture Me Rollin'” The album is one of the most influential albums in hip hop history, and according to the RIAA, nine million copies of the album were sold in the United States alone by June 18, 1998. 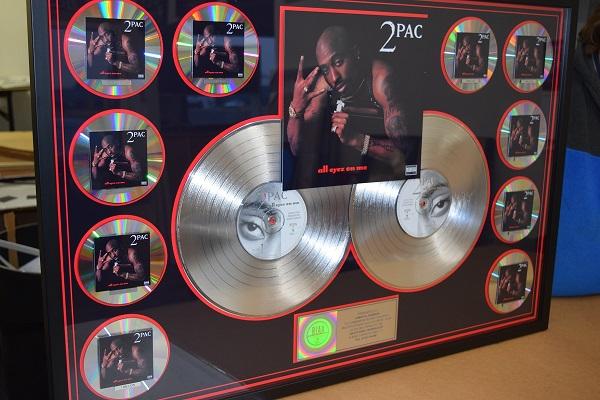 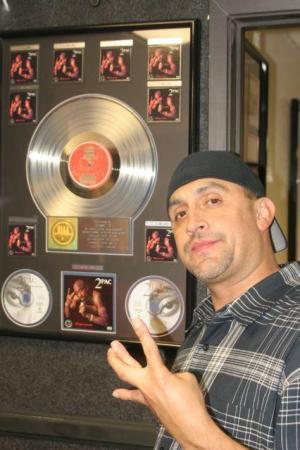 Johnny J. “co-wrote and helped produce 11 songs on All Eyez on Me and was never paid the $100,000 advance or the per song royalties of 3% he was supposed to receive.” This financial dispute has led some to believe Death Row was somehow responsible for his death; preferring to have him killed than to pay royalties which would number in the millions because of the commercial success of Tupac’s albums he helped produce.

Prior to Tupac Shakur’s death Johnny produced over 150 tracks for the rapper, a great deal of them unreleased. Many of Johnny’s collaborations with Tupac ended up being remixed for his posthumous releases such as “Until the End of Time“, “Better Dayz“, and “R U Still Down? (Remember Me)“, while only a select few remained in their original form.

Johnny J’s beef with Death Row followed after Tupac’s death; royalties from Tupac’s albums were never paid and this caused Johnny J to seek financial retribution from the label. 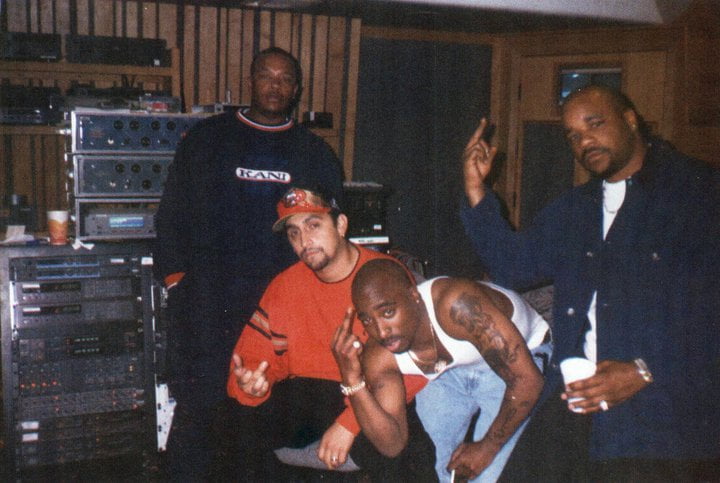 The night of July 27, 2008,  Johnny J went on a double date at the Roosevelt Hotel on Hollywood Boulevard with his friend, the independent film producer Earnie Hooks. The table ordered a bottle of wine.  But Johnny, who had his troubles with alcohol, drank only a little more than a glass. “We didn’t even finish the whole bottle,” Hooks remembers. Johnny was in a good mood that night, and before departing, he left two glasses of wine on the table in memory of his friend Tupac Shakur. He then drove off in his Range Rover with his wife.

Later that night, Johnny J was arrested for drunk driving, his third DUI, and pleaded no contest to the felony charge; California’s limit is 0.08, one of the nation’s lowest.

On July 27, 2008, Johnny J was arrested in Los Angeles, California for DUI, and sentenced to 3 years in prison during a trial three weeks later.

On October 3, 2008, while incarnated at Twin Towers Correctional Facility, Johnny J somehow managed to sneak by Correctional Officers and jump to his death at 6:45 p.m.  It took over 45 minutes for his suicide to be noticed. He was found lying on the ground unconscious minutes later, and was rushed to the Cedars-Sinai Medical Center, where he was pronounced dead at 7:22PM.  Theories around his death include a possible gang-related motive acted on the behalf of Blood or Crips members inside the Twin Towers Facility.

According to the coroner’s report, Johnny was the only inmate working on the second tier on the afternoon of October 3, 2008. He asked a supervisor for permission to make a phone call from a prisoner personnel office. This is reportedly when Johnny called Capucine and told her he was going to kill himself. She called the prison to warn someone, she says. After Johnny hung up, two custody assistants witnessed him leave the office, walk to the balcony, climb the metal rails and jump.

The coroner’s report stated that there was no indication of foul play. Still, speculation ran rampant. The most popular theory was that the was murdered by Mexican gang members. “My opinion is that he was murdered because he was Mexican and was around Blacks all his life,” says an old friend, Scotty D. “In county jail, you have to choose. You can’t just roll with the brothers if you are Mexican.”

XXL spoke to Capucine Jackson during the summer of 2009. After a 30-minute conversation during which she asked most of the questions, she declined an interview. At the time, Jackson was rumored to be working on a book and documentary. Neither has materialized. Capucine, who recently launched a gospel singing career under the name Coppe Cantrell, did not respond to queries following our first conversation.

Much of Johnny’s anger, at least toward his family, was rooted in the discovery that he was adopted. Throughout his life, rumors had swirled because of his skin complexion: He didn’t look like either of his adoptive parents, who are African-American and Mexican, respectively. When Johnny finally learned the truth, from a male cousin, he was irate. Johnny was in his mid-20s. The Jacksons never planned on telling him. 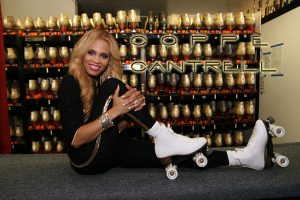 Capucine was devastated by her husband’s sudden death, and it took everything within her to hold it together. Ironically during her husband jail sentencing, Capucine went back to school to finish those classes that she didn’t finish. It was there that after her husband passed one of her college professors re-introduced the bible to her. Through constant prayer, reading the bible, and her now strong belief in God, and Jesus Christ. Capucine was able to get her life back together. On July 1, 2009, God woke her up at 3am out of a sound sleep and gave her the gift of song. Capucine started singing words of praise. Before she realized what was happening, the Spirit had given her words upon words. She had written a few songs within 3 hours. In the midst of all of her many trials and tribulations, the Lord has always had another plan for Capucine. He saw her heart and passion for music, and blessed her with the gift to sing, when she could not. Going by the name Coppe Cantrell, she can now say this is a new beginning of ministry, in the form of a Gospel recording artist. Her debut album titled “God’s Project” (Book I), attributed to God’s work on her life.