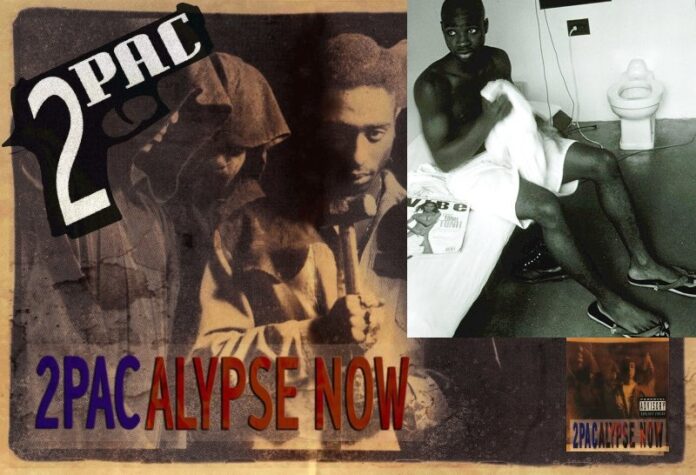 Ronald Ray Howards undoubtedly had a difficult childhood. He grew up, in what we would call, a ‘war zone’ and after attending around ten different elementary schools he ended up selling drugs on the streets, at the age of sixteen.

Young, expelled from his last school, and angry at everyone and everything he operated his deals in the town of Port Lavaca, about two hours down the Gulf Coast. On April 11, 1992, Howards was headed towards his town, when he was pulled over by a Texas Highway Patrol officer. On this day, Tupac performed live at Prince’s ”Glam Slam West” nightclub in Los Angeles, California.

It is only normal that Howard was not the biggest law enforcement fan, considering he was a drug dealer. He, however, was also driving a stolen car, so when the patrolman showed up, Ronald was more than worried.

The name of the police officer, who had been working on the force for over 20 years, was Trooper Bill Davidson. Everything happened quickly. As the policeman approached the car, Howards brutally shot him in the neck. Unfortunately, the man did not survive.

Not long after the shooting, Howard was arrested. He confessed to the crime, and everyone expected that this would be the just the next local tragedy. But that was not what happened at all. The killing not only became a national story, but it also affected the music industry at that time.

There was one particularly interesting fact about that night, and that was the cassette tape that Howard was listening to in his car: a copy of 2Pacalypse Now.  This whole Tupac album is focused on police harassment, violence, and brutality. A part of the song “Soulja’s Story” even describes a gunshot:

Cops on my tail, so I bail till I dodge ’em

They finally pull me over and I laugh

“Remember Rodney King?” and I blast on his punk ass

Now I got a murder case?

The reason why this killing got so popular all over the country was Howard’s defense attorney, Allen Tanner, who after having listened to the lyrics realized that they might actually have influenced his client.

“I didn’t know what gangsta rap music was at the time, but here’s a young kid from Houston who had had problems with police in his neighborhood,” Tanner said. “I was kind of fascinated by this music that he was listening to. And that’s where I got the idea to use that as a potential defense.”

The idea of the lawyer did not seem to surprise anyone, as it was built on a vilification of rap music that had long before started. In 1989, for example, law enforcement had a very big problem with N.W.A.’s “Fuck tha Police.” Then a couple of years later another brutal song started exciting people after some Los Angeles police officers beat Rodney King and were acquitted on almost all charges: Ice-T’s “Cop Killer.”

Police officers from all over the states called for the song to be caved and pulled from stores. Time Warner, the label’s owner was also a target of the numerous complaints, letters, and riots. Eventually the record was indeed gone.

Up until the moment the press reported what Howards had been listening to, America’s most dangerous rapper had surely been Ice-T. The tide, however, had turned, and Tupac became the most violent rapper, considered even to be a gangster. Vice President Dan Quayle even demanded that Tupac’s album was pulled from the stores.

“There is absolutely no reason for a record like this to be published by a responsible corporation,” he said.

Nobody could deny that Ronald Ray Howard was guilty.  Even his lawyers conceded that fact in his opening statement. The killer was found guilty of capital murder immediately after the process started. The only question was would the cop killer get a life sentence or he would have to face the lethal injection.

In an interview during his time in prison, the criminal confesses that Tupac’s song had been super intoxicating and in reality it is what had driven him to do the unspeakable. “The music was up as loud as it could go with gunshots and siren noises on it and my heart was pounding hard,” he told a reporter. “I was so hyped up, I just snapped.”

Allen Tanner played the jury a series of rap songs about drugs, killings, and police harassment, including the ones of N.W.A. and Tupac. While the songs were played, the judge was wearing earplugs, and the jury was asked to consider the possibility that Tupac was the reason why Howards had snapped. One thing was (and still is) for sure, Tupac knew how to write both love letters and brutal lyrics, and we are all somehow touched by them.

The jury had a very difficult time, and after saying that they were “hopelessly deadlocked,” a couple of times, they finally took their decision. Howards was sentenced to death on July 14, 1993, and executed 12 years later.