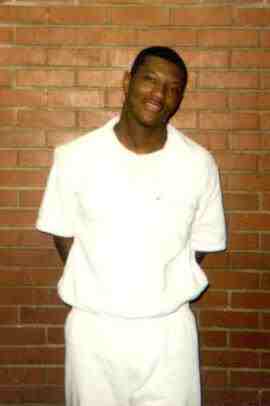 The Texas teen-ager is also haunted by a second memory from that tragic night: the angry rap music blasting from the tape deck as he pulled the trigger–music his attorney claimed was partially responsible for the slaying.

“The music was up as loud as it could go with gunshots and siren noises on it and my heart was pounding hard,” said Howard, speaking in the Travis County jail a couple of weeks before the sentencing, while recounting the night of April 11, 1992. “I watched him get out of his car in my side view mirror, and I was so hyped up, I just snapped. I jacked a bullet in the chamber and when he was close enough, I turned around and bam! I shot him.”

The cold-blooded killing of 43-year-old state trooper Bill Davidson sent a shudder through the music industry last year after Howard told authorities he was listening to Oakland rapper Tupac Amaru Shakur’s violence-laced “2PACALYPSE NOW” cassette during the homicide and thought it might have influenced his actions.

Howard’s lawyer tried to prove such a connection in this case. Describing the 19-year-old Howard as a “rap addict who lived, breathed and worshiped” the violent lifestyle portrayed in gangsta rap, Allen Tanner played jurors some of Howard’s favorite “cop-killing” songs by such artists as Shakur, the Geto Boys, Ice Cube, Ganksta N-I-P and N.W.A. Many of the compositions contain bloody depictions of urban violence.

But the eight-man, four-woman, mostly white and middle-aged jury–who convicted Howard June 8 of capital murder and deliberated for six days whether he should die by lethal injection–apparently did not buy the argument. However, twice during the sentencing deliberations, the jury reported it was deadlocked prior to reaching its decision. Tanner intends to appeal the death penalty decision.

“I feel real bad about this,” Howard said Wednesday. “I guess I’ll just have to deal with it. I saw my mom and my grandmother in court and I just told them to keep praying.”

Texas Department of Public Safety Trooper Bill Davidson stopped a vehicle on U.S. 59 in Jackson County for having a broken headlight.

The driver of the vehicle, Ronald Ray Howard, shot Davidson in the neck. The vehicle Howard was driving was stolen.

Howard fled the scene of the shooting, but he was arrested within a couple of hours with the murder weapon, a nine millimeter handgun loaded with hollow point bullets, in his possession.

Howard confessed to killing the trooper and repeated his confession to a grand jury.

Asked if he had a final statement, Howard looked at the victim’s family and said he hoped that “this helps a little. I don’t know how, but I hope it helps.” Then he turned to friends and a brother who were among his witnesses, expressing love and thanking them for finding two of his children, who visited him on death row within the past week. “Love you all. Thank you so much,” he said. As the drugs were administered, he lifted his head from the gurney and mouthed that he loved them, urged them to be strong and said “I’m going home.” 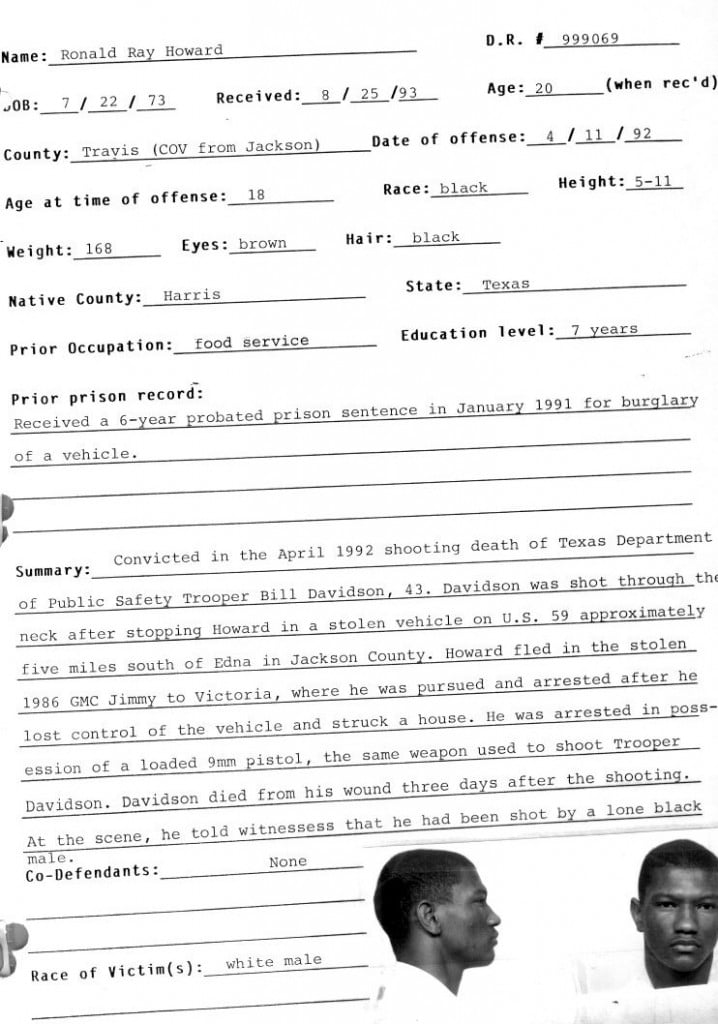