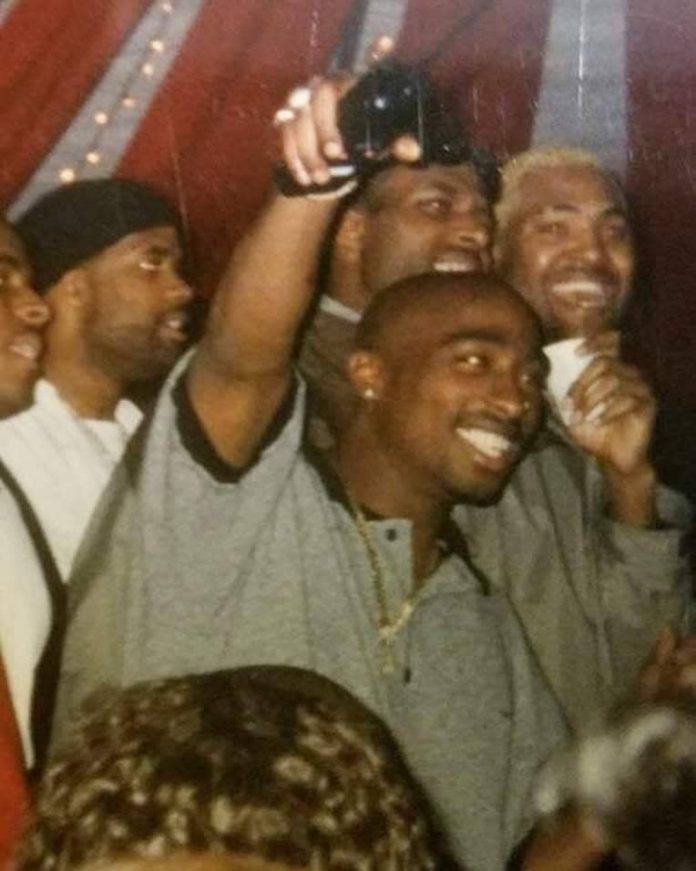 Suge Knight invited Bell to the Death Row Records Christmas party held at the Chataeu Le Blanc in the Hollywood Hills. It was there Bell was taken to the V.I.P room where Suge questioned him about the whereabouts of Puffy. When he refused to cooperate, he was punched in the face several times. “This is for Jake,” one Piru member said, then promised to kill him. Suge left the room and went into the bathroom.

When he returned, he was holding a champagne flute filled with urine. He ordered Bell to drink it. When Bell refused, the Piru hit him again. Bell took the glass as if he was going to drink it, then suddenly dropped it and ran for the balcony, intent on escaping. The others caught him as he tried to leap over the railing. They hauled him back into the room and beat him savagely, taking orders from Knight who shouted, “‘Body blows only!'”

Bell finally played dead and the beating ended, but not before his assailants stripped him of his wallet and jewelry. The label settled with the promoter for $600,000 and he declined to press charges. (Knight later denied that the incident occured, telling Newsweek.