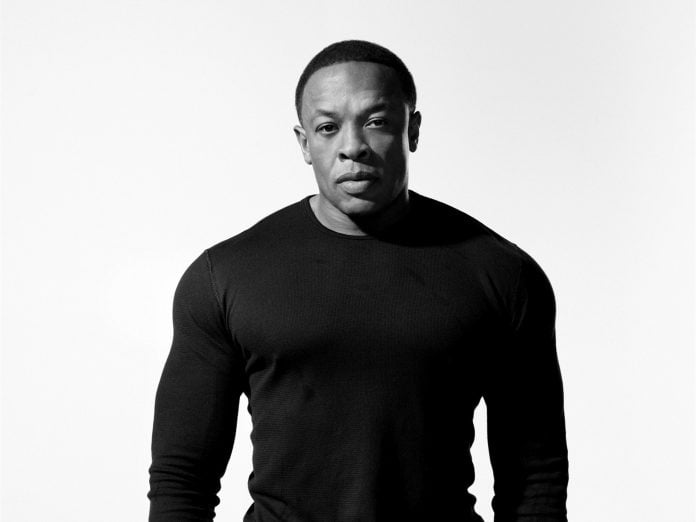 Dr. Dre was born Andre Romelle Young to Verna and Theodore Young in Los Angeles, California on February 18th, 1965.
He grew up in Compton, raised mostly by his mother. Legend has it that Dre’s middle name, “Romelle,” came from his father’s amateur R&B singing group The Romelles.. A music fan from the start, Dre started working as a DJ in his teens.
Early on in his career, Dre deejayed under the alias Dr. J, a moniker inspired by his favorite basketball player, Julius “Dr. J” Irving.
His musical chops earned him a spot on the World Class Wreckin’ Cru alongside DJ Yella, Shakespeare, Cli-N-Tel, and Mona Lisa. Dre became the in-house producer/DJ for the short-lived electro-pop group.

His first major success came with the rap group N.W.A 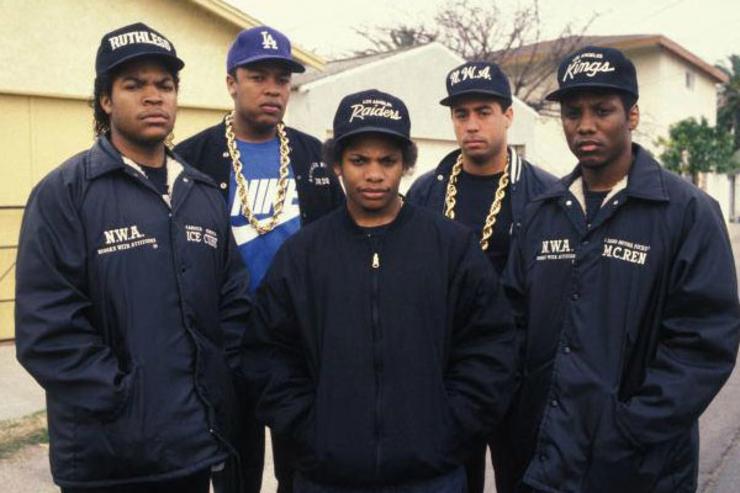 N.W.A. was the brainchild of Eazy-E who linked up with Ice Cube and Dr. Dre to form the hardcore rap group. In 1986, Young met O’Shea “Ice Cube” Jackson, a passionate devotee of early L.A. rap and aspiring rhyme-writer. The pair began writing lyrics for Eric “Eazy-E” Wright, a former drug dealer who started Ruthless Records with his profits. The trio eventually formed the nucleus of N.W.A. (Niggaz With Attitude), which brought harrowing, often exaggerated, tales of street violence to mainstream America, selling millions of records and transforming the hip-hop genre forever.

They released their self-titled first album in 1987.

N.W.A. and the Posse is a 1987 Macola Records release that compiled various Dr. Dre-produced tracks and was marketed as an album by N.W.A. It includes previously released tracks by N.W.A, Eazy-E, the Fila Fresh Crew, and Rappinstine

A year later, N.W.A. followed up with Straight Outta Compton, a vicious street classic that resonated with the frustrations of the young, black and persecuted in LA. Straight Outta Compton became an underground success with relatively no airplay. N.W.A. became notorious for the group’s aggressive content.

N.W.A’s second album, 1989’s Straight Outta Compton sold 750,000 copies, and launched a media storm over the controversial “Fuck tha Police,” resulting in a “warning letter” from the FBI to the group’s distributor, Priority Records.
Like other N.W.A. members, Dre faced a series of tangles with the law. In 1991, he was charged with attacking the female host of a television rap show. He pleaded no contest and paid an out-of-court settlement to the host. In 1992, Dre was arrested for assaulting record producer Damon Thomas and later plead guilty to assault on a police officer, eventually serving house arrest and wearing a police-monitoring ankle bracelet.

Dre left N.W.A and Ruthless Records in 1992 to co-found Death Row Records with Marion “Suge” Knight. Eazy-E later claimed in a lawsuit that Knight had negotiated Dre’s exit from Ruthless with the help of baseball bats and pipes.

In 1992, Death Row released it’s first single, “Deep Cover,” the theme of a movie of the same name, starring Laurence Fishburne. Also called “187,” the single featuring the debut of the rapper then called Snoop Doggy Dogg.

Snoop Dogg play a big part in the first album from Dr. Dre and Death Row, 1993’s The Chronic.

Snoop, who appeared on nine of the album’s 16 cuts, had a lackadaisical style that meshed perfectly with Dre’s funk samples, drawn largely from Parliament-Funkadelic. Snoop figured prominently in the breakout single, “Nuthin’ But a ‘G’ Thang,” which hit Number Two and was a fixture on MTV, along with subsequent singles “Fuck wit Dre Day (and Everybody’s Celebratin’)” and “Let Me Ride.”

Dre would serve as house producer at Death Row for a few years, producing soundtracks for Above the Rim and Murder Was the Case, releasing “Keep Their Heads Ringing” (Number 10, 1995) for the Friday soundtrack, and collaborating with Ice Cube on “Natural Born Killaz” (Number 95, 1994), and with new Death Row signee Tupac Shakur on
“California Love” (Number One, 1995).

When Snoop Dogg was on trial for murder a witnesses in the trial said Dr. Dre was in the car, if he had appeared at court he could have testified, but instead he said that he was too busy. This pissed ‘pac off because he thought that Dre wasn’t showing his homeboy Snoop, and the Death Row camp, loyalty. Tupac also didnt like the way Dre because he was earning stacks from Death Row for doing nothing, since ‘The Chronic’.

Tupac disses Dre in many songs after Dre left Death Row, even questioning his sexuality, in the song “To Live & Die In L.A.” 2Pac claims that Dr Dre is homosexual and he does the same in “Toss It Up“. Tupac also dissed Dre for been a Gangster one minute, and not the next. In “Toss It Up” Tupac takes big digs at Dr Dre saying; “”No longer dre day, arrive derche, long and forgotten, gotten for plottin-child’s play, check your sexuality, as fruity as this alize quick to jump ship, punk trick, what a dumb move cross Death Row, now who you gonna run to? Like those other suckers cuz you similar, pretendin to be hard-oh my god-check your temperature, screamin Compton, but you can’t return, you ain’t heard brothas pissed cuz you switched and escaped to the burbs”. Tupac also claimed that Dr Dre cheated on his wife, “What’s down in the darkness, will come to light”.

But as details of Suge Knight’s corrupt dealings came to like and Dre became embroiled in a contract dispute, he left Death Row to form Interscope imprint Aftermath. The first single on the debut Aftermath LP, Dr. Dre Presents the Aftermath, was “Been There, Done That,” a repudiation of the highly publicized West Coast–East Coast hip-hop feud.

In 1996, due to the infighting, Dr. Dre left Death Row Records to found Aftermath; which provoked 2Pac to turn against Dr. Dre. Tupac said in a radio interview: “I’m out here on the streets…whooping niggers’ asses, starting wars and shit, putting it down, dropping albums, doing my shit and this nigger’s taking three years to do one song”

Despite all this Dr Dre still paid tribute to ‘pac in 2000 during ‘The Up In Smoke Tour’, saying that it was a pleasure to work alongside 2Pac.

A year later, Dre hooked up with The Firm (a supergroup consisting of Nas, AZ, Nature, and Foxy Brown) and produced most of the tracks on their self-titled debut. 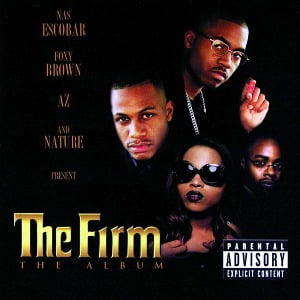 Dre’s next big break arrived when he met a Detroit rapper named Eminem. 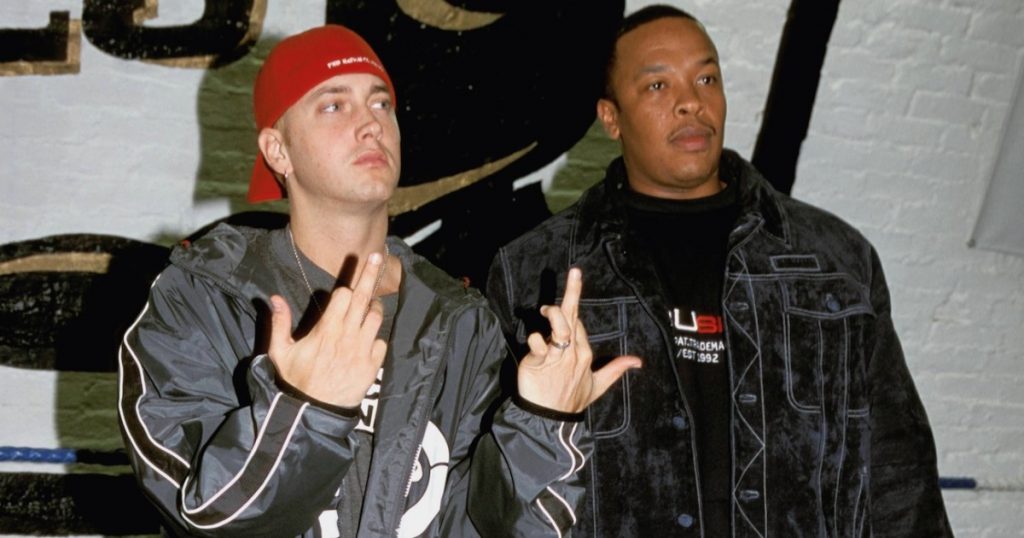 There are many variations of the story, but word has it that Dre found Eminem’s demo tape in the garage of Interscope label chief Jimmy Iovine. Eminem was already making rounds in the underground circuit, having placed 2nd in the freestyle category at 1997’s Rap Olympics MC Battle in Los Angeles.
Iovine approached him for a tape afterward. When he played the tape for Dre, the west coast beatsmith was impressed. He reached out to Eminem.

Like a magician who has just discovered a new trick, Dre made Eminem a prominent fixture on his records. With Dre’s production prowess and Eminem’s lyrical aptitude, Aftermath would become one of the leading hip-hop labels in the world.

The one-two punch of Slim Shady and Dr. Dre reminded many fans of his chemistry with Snoop. Dre and Em collaborated extensively, leading to the commercial success of albums like
The Slim Shady LP

2001, which featured many of the MCs he produced, including MC Ren, Snoop Dogg, Xzibit, and Eminem, and landed at Number Two on the chart. Using fewer samples than The Chronic, the album broadened Dre’s sound to include string arrangements and reggae beats. The album included single “Still D.R.E., featuring Snoop Dogg” (Number 93) and “Forgot About Dre,” featuring Eminem (Number 25) and helped Dre win Producer of the Year at the 2000 Grammys.

50 Cent joined the fold a few years later. Again, with Dre at the helm, 50 became an instant star. 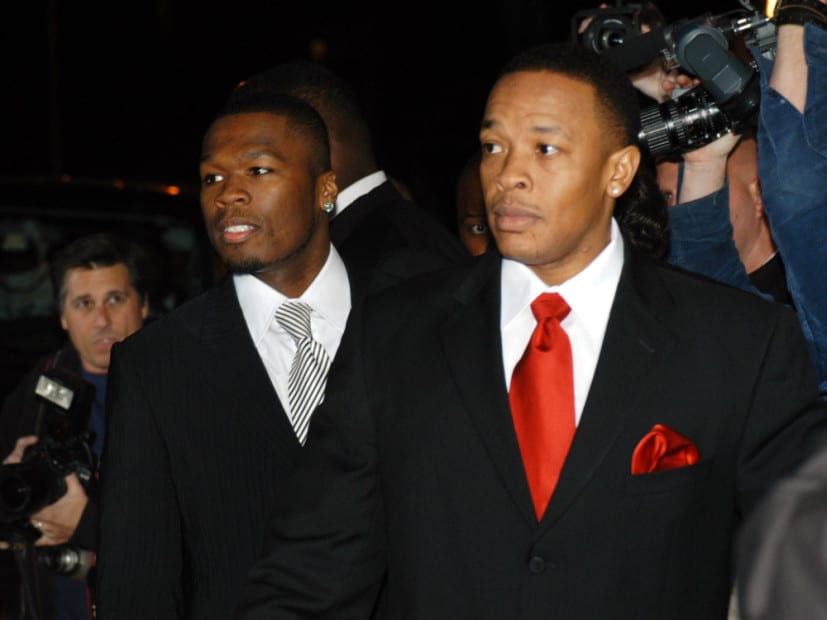 He would go on to sell over 12 million copies of his own debut, Get Rich or Die Tryin’, thanks in part to Dr. Dre’s midas touch on the monstrous lead single “In Da Club.” 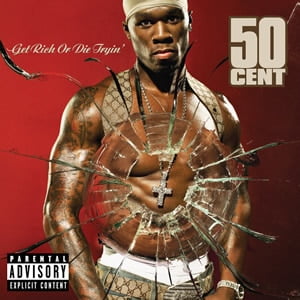 Tragedy struck the Young family when one of Dr. Dre’s sons, Andre Young Jr., was found dead in his bedroom in August 2008.

Dr. Dre’s 20-year-old son was found dead over the weekend in his Woodland Hills home, coroner’s officials said.
Andre R. Young Jr. had been out with friends the night before and was discovered in his bed by his mother at 10:24 a.m. Saturday, Los Angeles County coroner’s spokesman Ed Winter said.
“She found him unresponsive and called paramedics,” Winter said, adding that an autopsy had been completed but that determination of the cause of death was deferred pending the outcome of a “gamut of tests, including toxicology.”
Andre Young Sr., professionally known as Dr. Dre, released a statement to the media through a representative.

“Dr. Dre is mourning the loss of his son Andre Young Jr. Please respect his family’s grief and privacy at this time,” his publicist, Lori Earl, said in the statement.
Young Jr. was the subject of a paternity dispute in 1990 when his mother, Jenita Porter, filed a lawsuit against Dr. Dre in Orange County Superior Court, seeking $5,000-a-month child support.

Over the course of his career, Dr. Dre has built a reputation for stressing quality over quantity. While your typical hip-hop artist may average an album a year, it takes Dre anywhere from 7 to 10 years to release an album. Meanwhile, he stays busy by crafting beats for his artists behind the scenes.

Detox, Dre’s 3rd and final solo album, has remained one of the most anticipated albums over the past decade and change. When will it arrive? Only one man knows the answer to that.

One thing that has kept Dre busy and uber relevant in lieu of a new album is his headphone brand, Beats by Dre. In 2006, Dre and Interscope honcho Jimmy Iovine teamed up  to produce high-end headphones. They first Beats by Dre studio headphones launched in 2008. The Beats brand has since expanded to include a host of headphones, ear buds, speakers and a streaming service.

On August 1, 2014, Apple acquired Beats Electronics for $3 billion, making it the largest acquisition in the company’s history. 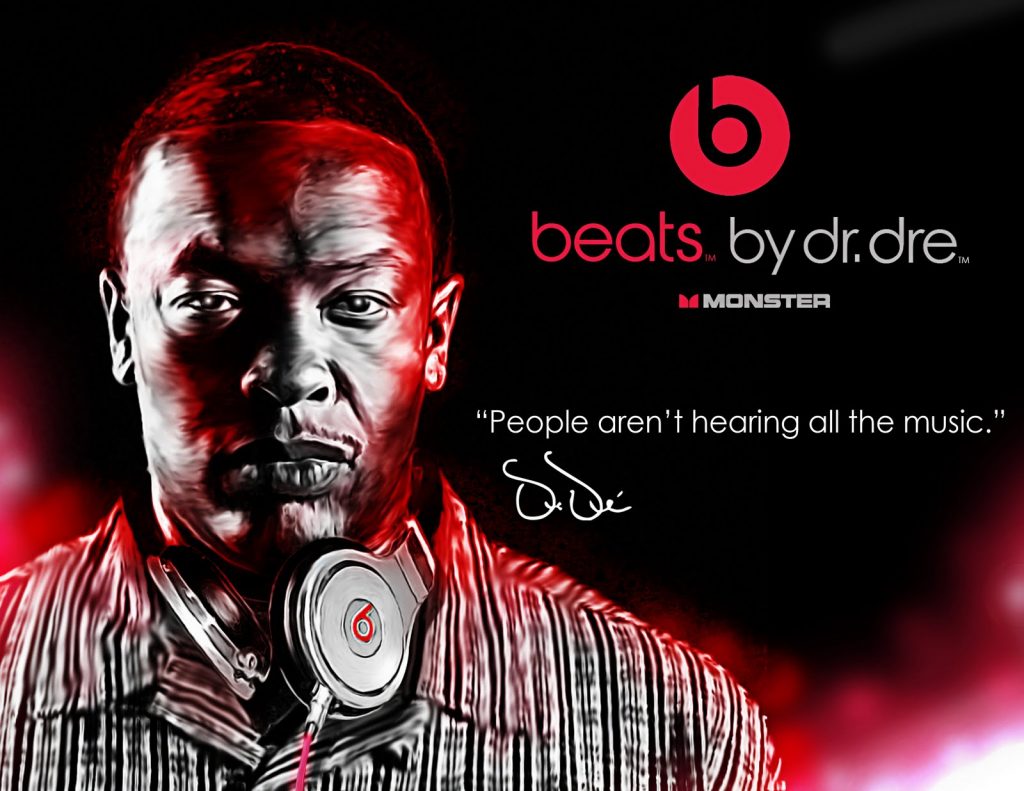