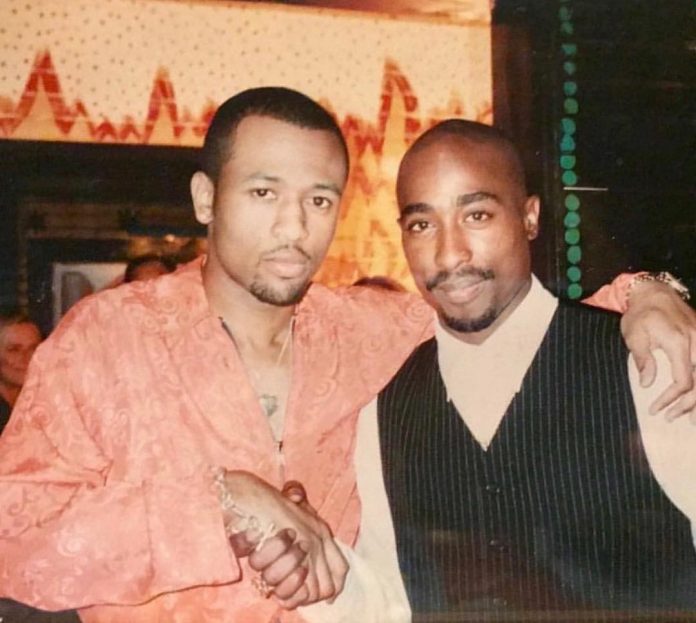 March 26, 1996, Tupac and Tony Rich at the House of Blues after Tony got off stage after his short but sweet 35-minute set of folky soul. A transfixed audience, which included 2Pac, Angela Bassett and Tevin Campbell, listened reverently to Rich’s simple but elegant musings, which leaned toward love and loss. During the performance of his gold record “Nobody Knows,” No. 2 on this week’s Hot 100 chart, more enthusiastic fans closed their eyes and lost themselves in his stream-of-conscious reverie about a deeply buried ache for an ex-lover.

Aman of few words and even fewer surprises, Tony Rich breezed through his short but sweet 35-minute set of folky soul. Despite virtually no between-song banter or interaction with the crowd, his own flawless tenor and the technical virtuosity of his tight rhythm-and-blues fusion band carried the nearly sold-out show.

Taking the stage in a black-brimmed cap, red-tinted shades and an orange silk shirt draped loosely over his lean, coat-rack frame, Rich stuck closely to seven out of the 10 songs on his critically acclaimed LaFace/Arista release, “Words,” entirely produced, written and performed by the 24-year-old Detroit native.

With fluid movements and an obvious passion for the words issuing from his lips, he genuinely seemed to be floating on his own material on cuts like “Grass Is Green,””Like a Woman” and the eerie “Ghost.” On the latter, the multi-instrumentalist strummed a guitar in contrast to nice, psychedelic solo slashing by axeman Tommy Organ.

Rich got the crowd groovin’ a little harder with the head-nodding show-closer , “Billy Goat,” on which he shared keyboard duties. As he and his crew exited, a number of fans were clearly hungry for more.