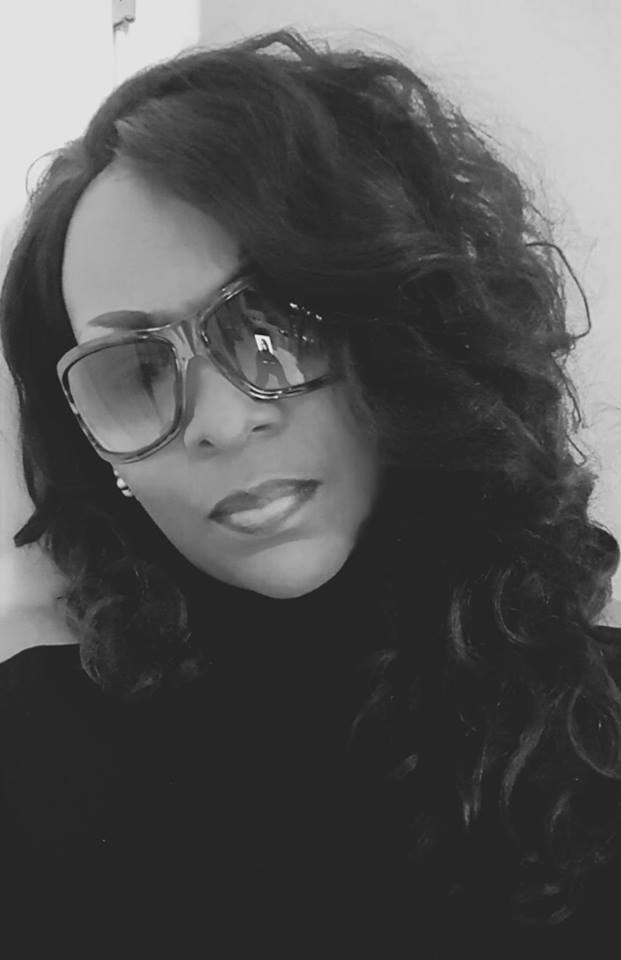 Stacey Smallie aka ”Fuskee” Interview For Tupac and Recording Sessions

Stacey Smallie aka ”Fuskee” was a recording artist at Death Row Records, between February 1993 – November 1997. Good friend of Danny Boy, she recorded a lot with Nate Dogg, Snoop Dogg, B~rzeel, Danny Boy, Tupac, DJ Quik, Dr. Dre, Ricky Dillard, Darius Brooks, Erron Williams, Lawonda Campbell & others… She recorded a lot of background vocals for Dogg Food, All Eyez On Me (Life Goes On, I’d Rather Be Ya Nigga, Ambitionz Az a Ridah, 2 of Amerikaz Most Wanted) and Nate Dogg G.Funk Classics.

How did you become a part of All Eyez on Me ?

Stacy Smallie – Now, that’s another story in itself, but to make a long story short, I was considered the “Singing Secretary,” I was working at the front desk at “Can Am Studios” to make extra money. Sometimes I would work from 11am to 11am the next day while doing background vocals for Danny Boy, Nate Dogg, Snoop, (DJ) Quik, Tha Dogg Pound whoever needed me, I would get someone to watch the phones and go back and lay down the parts, then go back to work at the front desk. When Tupac and Johnny J came they would use me on different songs.

Where were you when you first met Tupac and what was it like?

Stacy Smallie – I actually met Tupac the night that he got out of prison, they brought him down to the studio. I was working at the front desk when he, Suge and others arrived. He seemed really quiet then though.

A lot of people are unaware that you appear on “2 of Amerikaz Most Wanted” and “Ratha Be Ya N____”.. Why were you not credited for your contributions to these two tracks?

Stacy Smallie – That’s a very good question! Anyone with ears can hear that it’s my voice, but I wasn’t given credit for the tunes neither did I receive Royalties for any of the songs on either album, All Eyes on Me or the Greatest Hits Album. I’d made a wise decision to move back home when things began to change, so I wasn’t there to take care of the business and all of my calls were unanswered.

What do you think inspired Tupac to write a song about his death and his funeral?

Stacy Smallie – Tupac in my opinion was the definition of a” Gifted Artist,” I think that he just wrote about his thoughts, his experiences and things that he saw. I don’t think that he ever suspected that his life would end that way. However, he was an extremely intelligent young man, and I’m sure that he saw the signs and felt the shift.

Stacy Smallie – Yes, I was there in the beginning. At first the studio was rather unruly and more of a hang out spot than a place of business, then came “Tupac.” When he came, everything changed. He wrote and recorded 6 or more songs a day, while everyone else took a week or more to finish one tune. He changed the entire work ethic around there. He was focused and there wasn’t a lot of “madness, ” in his work area, he sat at the board with Johnny J and the engineer, he wrote then he went straight to the booth, and came out every time with a hit.

How many other tracks were recorded during the studio sessions you attended? What tracks were these?

Stacy Smallie – Wow, the entire All Eyes on Me album plus other songs. He didn’t stop putting out hits. I saw Faith come in, Snoop, Jodeci, Richie Rich, Jewel the list goes on and on.

Who else was in the studio with you?

Stacy Smallie – The day that I did “Life Goes On,” the studio was full of people and Chronic smoke. One of their friends had died that day, Tupac asked me to come in studio B. That was about the largest crowd that i’d seen in the studio with him while he worked. It was a lot of pressure and not my best work, afterward, I asked if I could do it over and Pac told me that it touched everybody in the room, so that’s all that was important to me, the fact that it was heart felt.

What did Tupac do in the studio while he wasn’t writing or recording?

Stacy Smallie – While I was there Tupac was a work-a-holic, it was work, work, work. He worked, ate then he left sometimes very late but the first months after his release he was on top of his music.

Where did Tupac go after he left the studio?

Stacy Smallie – I don’t know, I didn’t know about that part, all that I knew is that he was very kind to me and I respected him tremendously.

What happened when Faith Evans came to the studio?

Stacy Smallie – It seemed extremely awkward to me to see her there, when I went into studio B she was sitting next to Tupac on the couch. I can’t say whether she cheated or not, but I can say that she was there, and not as an enemy or rival.

Did Tupac ever mention any Biggie in the studio? If so what did he say?

Stacy Smallie – I didn’t hear any of that, I tried my best to keep my nose clean and just do my job. It was more important to me to be respected. I’m not “Hollywood,” so I gave them their space and just did what was asked of me.

Stacy Smallie – In 1995, when I heard that he had been shot, it was saddening, but I wasn’t surprised. Tupac and Johnny J promised me that they were not going to take me off of the songs and that I would get credit for them, so when the album dropped, it made all of the hardships that I’d experienced, (like being left in California), worth it, I was extremely honored! Yet, there were so many people that started “falling dead” around there before I left. That’s when I knew that it was time for me to “escape,” something was saying to me it’s now or never, and I know that if I’d seen and heard “DEATH” taking numbers, they rest of them did too, we just didn’t know who’s number would be called next.

Have you appeared on any other artists work?

Stacy Smallie – Well, I did backgrounds for Tha Dogg Pound on the “Dogg Food” album released in 1994 I believe. I did backgrounds for Danny Boys entire album produced by DJ Quik and Nate Doggs’ Album, which were never released. I did a lot of singing in California that never came out. I have also sang backgrounds for some gospel artist, Darius Brooks and Ricky Dillard and New G also a few R. Kelly/Coca Cola commercial spots.

Do you know if there was a budget for All Eyez on Me? I so how much?

Stacy Smallie – Of course there was a budget, Tupac, was the first major album after “Murder Was The Case,” and we are talking about Death Row/Interscope, so yes, there was a budget most definitely, how much, I don’t know.

Were you around for the sessions of The Don Killuminati: The 7 Day Theory? Was their a different attitude for these sessions?

Stacy Smallie – You know, I think that I was there when they first started recording for that album, by that time things had started to shift already, you could feel the tension in the atmosphere, so I steered clear.

Some people believe that Tupac used cocaine and point to his amazing work ethic as evidence. Do you know if there is any truth to this?

Stacy Smallie – You know that’s funny, I don’t know any cocaine users personally but I can say that I neither saw him drunk, intoxicated or anything of that sort, how can you not get a buzz with the air filled with chronic smoke…huh…really all that I saw was that the man was released from prison, and the next day cranking out hits. It’s kind of sad that people can’t remember Tupac as a man with a passion for his craft, oh well maybe I just see the best in people until they show me otherwise.

Do you believe Tupac had anything to do with Stretch’s death?

Stacy Smallie – I’m just a “Church Girl” that has been exposed to waaaaay too much. I didn’t know that “Tupac,” that’s not who I met, sang for and talked to. Actually i’m glad that I wasn’t around to see that part, I still have to live with the things that I have seen, and that’s quite enough for me. I did my job and went home and stayed there, no parties, no hanging out, just trying to survive.