On the 29th November 1994, a Manhattan jury had convened to deliberate charges of sodomy, sexual abuse, and weapons possession against Tupac, 23, and his codefendant, Charles Fuller, 24. They stood accused of molesting a 19-year-old woman in Tupac’s $750-a-night, 38th-floor Parker Meridien Hotel suite on November 18, 1993. After the first day of deliberations, Tupac left for a publicity stop in Harlem, then went on to Times Square’s Quad Recording Studio to record a track with Uptown Records’ Little Shawn. Facing a maximum 25-year sentence, Tupac knew it might be his last recording session for some time.

Fredro Starr: ”One moment I remember was when 2Pac came in the Tunnel, the night or so before he got shot at Quad Studios. It was crazy ’cause when he came in the Tunnel he had a diamond cross on his necklace and I told him, “Man, I should have worn shades to the club.” It was the first time I saw real crispy jewelry; everyone used to wear the big bulky jewelry but this was small but you could tell it was very expensive and so well made. Then the next day he got robbed, but he was in the Tunnel with that chain on, straight up. We was poppin’ bottles at the bar before with him. That’s an ill memory.”

[2Pac]: It’s hard when they make it bigger than.. you know they making it so big now. Even the charges and what they’re saying it’s just bigger than who I am now so.

[2Pac]: Because I mean the way this country is successful is if we have one set of rules and everybody follows them. If anybody gets outside of that set of rules and they’re in the public view like I am, you know it’s like detrimental to everybody following the rules if I’m representing like (to what they think is that I represent) lawlessness and the outlaw mentality and I represent that thug mentality from the street.

So they feel like if they can punish me then it’ll punish people who are not as brave as I am, who don’t speak out against things like me. Who not scared to walk the streets with no bodyguards. They need to put me in jail. These other guys they don’t have to put in jail because they can arrest them on smaller things. They can’t arrest me on no small things. They gotta frame me. They gotta do things like this. They gotta have you know thirty charges and none of them have to do with me, you know what I’m saying? How can you? if you really, while all these cameras here everybody go [?]

How am I gonna forcibly do anything to a girl after she did it to me consensually? And that’s not something I’m making up. That’s what they said. They said that. The girl came to court and said she did this, she did that, she called my hotel, it was good. She said that, not me. Now why am I gonna force her? I mean, this is common sense. But no matter what happens, innocent or guilty, my life is ruined. Because when they, whatever they say in this verdict, y’all are not gon’ make it front page news. It won’t be big, no matter what. All that you wanna hear is that he’s guilty, he’s in jail, the reign of terror is over, the outlaw’s gone. That’s what they wanna do. So I’m starting to think I don’t know which story to read. I don’t know if this is you know about black and white, and loud and quiet, or is it about me and this girl? ‘Cause if it’s about me and this girl! C’mon we shouldn’t even be here.

[Male Interviewer]: Coming down the elevator, you complained—
[Female interviewer]: Why would she make something like that?

[Female Interviewer]: But don’t you think it’s the circumstances here that is what we want discussed. She wasn’t prepared, she says, for what happened to her and it wasn’t supposed to happen.

[2Pac]: Okay, so if she wasn’t prepared for what happened to her, where those people that did this? They were all in the same hotel as me. They were all right in the same room with me. Why am I the only one in court right now? Why is the cameras all on me? And in the report and all these charges, I didn’t do nothing. I’m charged with being in concert with some guys. Where they at? Why me? ‘Cause I’m 2Pac—

[Female Interviewer]: Are you angry at them?

[2Pac]: No, I’m not angry at them. I’m angry at the system. I don’t want nobody else to go to jail, you know what I’m saying? But I don’t wanna go to jail for something I didn’t do, you know what I’m saying? I just don’t wanna be the scapegoat. I just wanna be, I wanna be only where I’ve been practicing my whole life to live my life is to be responsible for what I do. I don’t know how to be responsible for what every black male did. I don’t know! Yes, I am gonna say that I’m a thug. That’s because I came from the gutter and I’m still here! I’m not saying I’m a thug ’cause I wanna rob you and rape people and things. I’m a business man, I mean you know I’m a business man because you find me at my places of business! You don’t find me up in…, you know what I’m saying? I don’t understand this! I don’t understand this!

[2Pac]: But it is safe sex. ‘Cause at the end of the trial and the transcripts, if y’all dig deeper and be reporters, you’ll find out I wore condom, it was her who sodomized me. It wasn’t me who went down in the dance club and ate her out. It was her in the dance club who had oral sex with me. She should be charged. Not me! They’re makin’ like I’m some big gruesome animal, a sex animal, which is—

[Female Interviewer]: Wait, wait but your charge involves a so-called gangbanging then her—

[Female Interviewer]: In charge with sodomy?

[Interviewer]: This is the second count. The first count is sodomy—

[Male Interviewer 1]: If you wear condom
[Male interviewer 2]: Because sodomy in some states means oral sex. This is one of the states where it means oral.

[2Pac]: Why didn’t they find the condom?

[Interviewer]: You said you were wearing a condom.

[Male Interviewer 1]: Let me ask you this about the guns?

[Male Interviewer 2]: What about the guns getting you in trouble?

[2Pac]: No, It’s not my liking for guns. What about the NRA? We all have the right to bear arms. I have that. I have that same right as you do. Just because I’m a black doesn’t mean I shouldn’t have a gun. I have a law legally own guns. I legally own guns. Why would I come to New York and be unlawfully owning two guns? Who has two guns? Who carries two unlegal guns? Why? And mind you, a week before I went to jail with the police. C’mon!

[Interviewer]: What about the jury? You talked with me in the elevator about the jury (yes) and the composition of it. You didn’t think they understood you? Tell me about that.

[2Pac]: I hope they do, Bob. It’s hard for me to believe that a jury full of older more middle-class women are gonna understand where I’m coming from because y’all barely understand where I’m coming from and y’all cover murders and shit every day. And y’all treat me like I’m New York’s most notorious criminal and y’all know there’s people throwing babies out of windows and puttin’ em in the incinerator. All I do is make raps. All I do is rap and talk loud. My biggest crime is talking loud, you know what I’m saying? Y’all don’t have nothing else besides that. 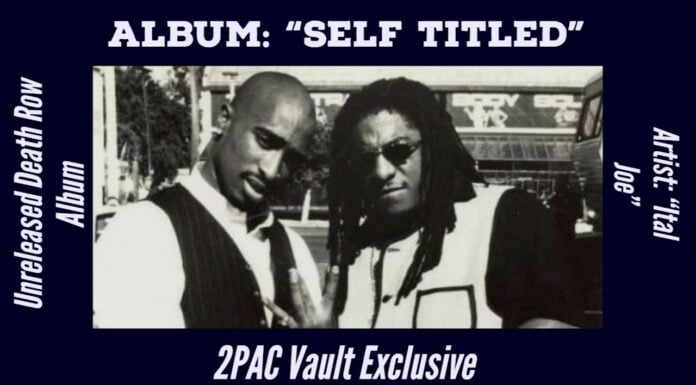