With the upcoming release of All Eyez on Me, a movie depicting rap legend Tupac Shakur‘s life, fans of the deceased rapper are starting to do some digging of their own before the film premieres. A much-talked about scene in the upcoming film involves Tupac’s rape charge and the incident that involved the alleged victim, Ayanna Jackson.

Who is Ayanna Jackson?

Like any case involving sexual assault, there are several sides to the story, and finding the truth can be hard to prove and often takes time. The details have been disputed over the years, but both Tupac and Jackson (who was a fan of the rapper) have given their sides of the story. In 1993, 19-year-old Jackson was in a New York City hotel room with the young rapper and claimed that he forced her to perform oral sex on him, while two other associates were touching her. She was reportedly forced to do the same to the other men while Tupac held her down.

Tupac denied that he sexually assaulted Jackson in any way and his side claimed that he was with three of his male associates at the time. He and Jackson reportedly had sex and then two other men came in and started touching her. Tupac reportedly left her alone with them and said he didn’t know what happened after they stepped into the room. After the incident, Jackson left the room in tears and called hotel security.

In the end, Tupac and his other associates were arrested and charged with sexual abuse. He was convicted of “forcibly touching Ayanna Jackson’s buttocks,” but according to The New Yorker, a “compromise verdict” was used because the prosecutors weren’t able to secure a larger sentence. Tupac was sentenced to prison in 1995 for one and a half to four years.

Where is Ayanna Jackson Now?

No one knows where Jackson is now, but the most recent news about her was during an interview in 2012 with the online hip hop magazine, The Source. Jackson commented on the incident with the now deceased rapper and the aftermath.

“I decided to go through with the charges because when I left out the room, I went to the elevator and there were some undercover security on the elevator that automatically asked if I were okay,” said Jackson. “They knew who was staying in the hotel, and at that point, I broke down.”

She added: “Maybe if it were somewhere more private, I wouldn’t have told. I would have just got over it but because it happened that way, it came out in public. The night it happened I went straight to the ER. I had to go to a precinct where they wouldn’t let me go home. They felt like if I went home, or showered and changed I wouldn’t want to deal with it. They kept me so omnipresent in that situation.”

”All Eyez on Me” Movie

Many have been searching for Ayanna Jackson’s pictures since it was revealed that the alleged rape in question will be presented in the dramatic Tupac biopic, All Eyez on Me. There’s no mention of Ayanna Jackson in 2017, but the sore subject of rape will be a factor in the movie. 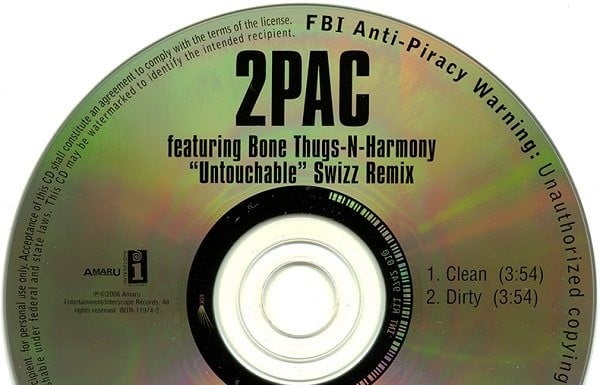