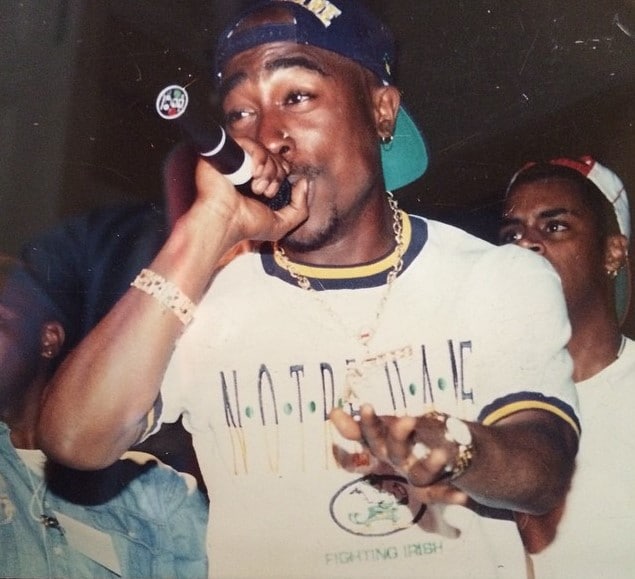 San Francisco, California emcee San Quinn and Tupac Shakur both lived in Northern California Tupac in the early 1990s. Rap contemporaries, Quinn reportedly opened for Tupac and Digital Underground in 1989. However, in a new interview with Prezident’s Bejda’s The Murder Master Music Show of UGS Radio, San Quinn spoke for the first time about a violent clash with the then-budding superstar.

“I never got to meet [Tupac],” admitted Quinn. “We jumped him and got into a fight with him. We was trying to get him. Richie Rich got into it with him in 1992 at the Stone Theater on Broadway and we ran up on him.” Interestingly enough, ‘Pac and Richie Rich, who was an early Priority Records star with 415, would collaborate in the years to come on 1996’s “Ain’t Hard 2 Find,” “Ratha Be Ya Nigga” and later, “Niggaz Done Changed.” San continued, “We caught up with him and I was only about 14. It was like a little chuck-fest. We ended up taking one of Tupac’s rings. He lost it because he was swinging the mic stand.”

San Quinn was a guest on the Murder Master Music Show and for the first time on air spoke about a 1992 incident with Tupac which included the late rapper getting his ring took while swinging on Quinn’s crew with the microphone stand in a brawl.