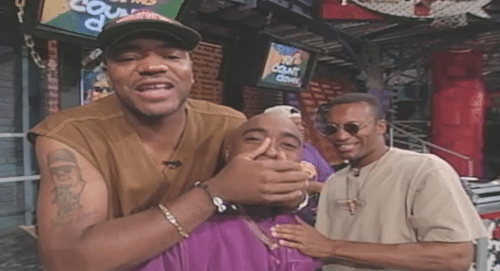 During his TV interview, which aired on July 16, 1993, Tupac got riled up when Ed Lover touched on an altercation between the Hughes Brothers and ‘Pac which took place after they fired ‘Pac from their movie, “Menace II Society.” “They fired me but did it in a round about punk snitch way. So I caught them on the streets and whipped their behinds,” ‘Pac said on camera. “I was a menace to the Hughes Brothers and it ain’t over.”

The Hughes Brothers used the show footage as evidence in an assault case against Tupac. ‘Pac ultimately spent 15 days in jail for the attack.