Ay whassup my nig?
Shit, just chillin, what’s happenin?
Shit nuttin, whatchu up to?
Shit, not too much – ay you ain’t seen that nigga Snoop?
Man hell naw, I been callin that nigga since Starsky & Hutch
I ain’t fin’ to call that nigga no more man
Tchk, oh like that?
Man f’real man, I ain’t buyin that new album either
I’mma download that motherfucker for free
Let that nigga know when I see him man
Shit, there he go right there
Huh?

[Snoop Dogg] I don’t say much
I don’t say Alize, no I don’t say Dutch
Keep yo’ hands off until I say, okay touch
I never come off tacky, I’m a boss exactly
I’m like the slick suit Snooperfly Versace
Conversation flashy, y’all niggas can’t match me
I talk to you slow, so your game can roll
Take advice from a player, don’t love her just play her
Boy I never could dare, to pay double the fare
Man I swear to God it’s gon’ be some trouble in here
Before I pay that bitch, I’m like a bossy hog
Half dog, half gorilla, bitch Donkey Kong
Niggas thirst for hoes, I got a thirst to ball
Tryin to knock a pimp’s hustle, be the first to fall
Fuckin with a-hundred-fifty, whole can of vodka
Mixed with gangbang, got a program like Poppa (hey hold up man)
I’mma do you a favor, let this pimpin save ya
Leave that bitch alone, the homies call her Ms. Behavior
Boy you move too fast, done too much talkin
I’m too much walkin to one who keep hoes hawkin
Don’t fuck with Snoop too much cause he goes off when
Niggas mouth too much, so please no flossin
I step up quicker, cause the game don’t pause
I gotta stay sucka free, cause it ain’t no laws
Dig this y’all

See Also  Snoop Dogg - Can U Control Yo Hoe

[Hook: Snoop Dogg] That’s the bidness mayne, step my game up up in this mayne
Long hours hard minutes mayne, with this hustle on splendid mayne
P.A. perfect attendance mayne

[Snoop Dogg] Cause I’m a boss..
Yeah, real bossy like, and sometimes flossy
And if you fuckin with that
{“I-I know, I, I-I-know, I know you gonna dig this”}

I had to tell you the truth homey, but you got mad
Yeah I hurt yo’ feelings, FUCK IT, it’s too damn bad
I’m a major player, I got major game
I might floss a different bitch, but the pimpin the same
I ain’t got time for no haters, I lay ’em flat on they back
I’m from the Dogg Pound homey, I don’t fuck with them cats
I fuck with, niggas, who be bustin them shots
I’m talkin Long Beach, Inglewood, Compton, Watts
Close your chops, I knows your spots
Keep talkin nigga I’ll expose your knots
You ain’t ready for daddy, boy I do this for fun
It’s like you versus Kobe ballin one on one
You ain’t got no chance, you ain’t got no fans
I kick the shit out you punk, look momma no hands
I’m not a, holy roller but I pray so hard
Help me, I’m sendin these bitch niggas straight to God
Shit I’m too damn grown, conversation is sho’t
While your talk is funny, Jack I talk with money
Keep the chain on bling, the rock is sunny
For you smart mouthted bitches I ain’t that dummy
{“HELL NO,” he replied} 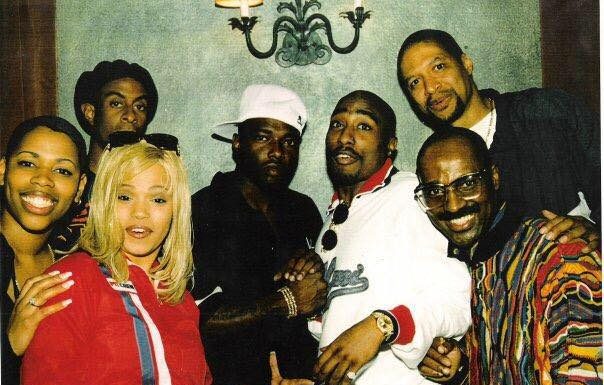