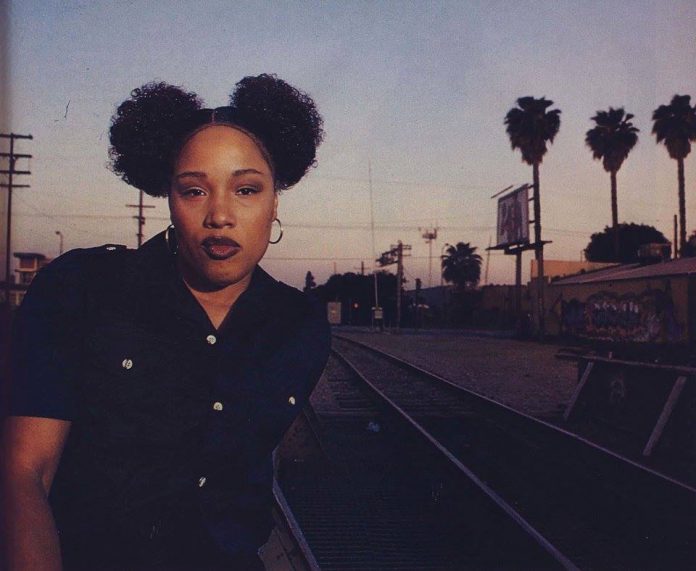 She has been described as “one of the most skillful female MCs” with a “mastery of flow” and “hard-core lyrics”. Although her music career was short, the Lady of Rage came to be associated with several pioneers, the L.A. Posse which produced several hits for LL Cool J, MC Breeze, The Real Roxanne, Chubb Rock, Tupac and Gang Starr. She also was a part of Death Row’s wildly popular artist roster.

In the summer of 1988, the Lady of Rage met Shahkim of the Original Outlaw Brothers, a rap group from Queens, New York. From the moment Shahkim heard her rap he was convinced she was the best female rapper around and after convincing her he could get her a record deal, he brought her to his group.

The members of the Outlaw Brothers made Rage a member of the group and they eventually were signed to a production deal with the L.A. Posse ( who went on to produce several big hits for LL Cool J). At the time, the LA Posses had several artist in the camp. MC Breeze, The Real Roxanne, and they also had several relationships with different labels. Rage, along with all the artists in the camp worked diligently out of Chung King Studios in lower Manhattan recording, writing and more recording. In 1991, Lady of Rage met with Chubb Rock, providing vocals for his track, “Bring Em Home Safe” on his The One album, which she recorded under the name of ‘Rockin’ Robin’.

In 1994, she had a hit single with “Afro Puffs” (from the soundtrack to Above the Rim) which reached #5 on the Billboard Hot Rap Singles chart. She also made an appearance on Tha Dogg Pound’s album Dogg Food on the track “Do What I Feel”.

Though she had made more than a dozen appearances on soundtracks as well as albums from her Death Row Records cohorts, the Lady of Rage didn’t release an album until ’97.

In April 30, 1996, Tupac records with ”Big Bad Lady” with The Lady Of Rage, produced by Daz Dillinger.

After the release of her album and a guest-appearance with Gang Starr alongside Kurupt (“You Know My Steez (Three Men and a Lady Remix)”) in 1998, Rage left Death Row Records and the music industry to focus on acting, appearing in an episode of Kenan & Kel. The Lady of Rage then went on to be featured in the television sitcom, The Steve Harvey Show on The WB as Coretta Cox, a recurring role she played from 1997 to 2000. she also had a role in Next Friday as Baby D, big sister of Day Day’s ex-girlfriend.

In 2000, she made another rapping appearance on Snoop Dogg’s “Set It Off” on his album Tha Last Meal, a solo track “Unfucwitable” on Snoop Dogg Presents…Doggy Style Allstars Vol. 1 and “Batman & Robin”, which appeared on Snoop Dogg’s Paid tha Cost to Be da Boss album.
During an interview on The Goin Way Back Show, Money B, (show host and member of the legendary Digital Underground), talks about a conversation he had with Kurupt regarding 2Pac, saying “you couldn’t really know Pac without eventually bumping heads with him”. He then asks guest interviewee, The Lady Of Rage if she recalls any ‘funny stories’ about her encounters with Pac. The former Death Row queen’s response didn’t appear to be all positive vibes as she recalls an incident were Tupac called her “the weakest link”.
“I was in the studio one night and he came, and before he would flirt with me, mess with me…”yo Rage I don’t like big girls but there’s somethin bout you”. He was playful and all, but this one particular time he’s like…”yo Rage you the weak link”…Now I didn’t take it because I said, why is that?…”because you was the only one standing up for them n****s at the Source awards”. So I said, I don’t think that makes me the weak link, I think that makes me the strong link.”

She then goes on to say how in the end he respected her but due to his obsessive belief that it was east coast connections who were responsible for him getting shot he would persistently encourage her to diss Lil Kim and Foxy Brown in an effort to give more fuel to the east/west coast beef.

Rage is currently part of the group N’Matez, along with Daz Dillinger, Kurupt, and RBX. 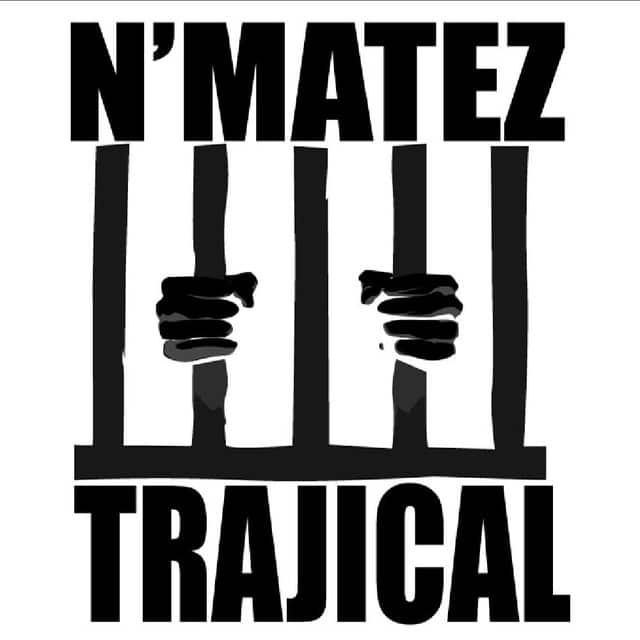 N’Matez has released its first single “Trajical” produced by Daz. The group has also released a music video for the cut that was filmed in London, England.