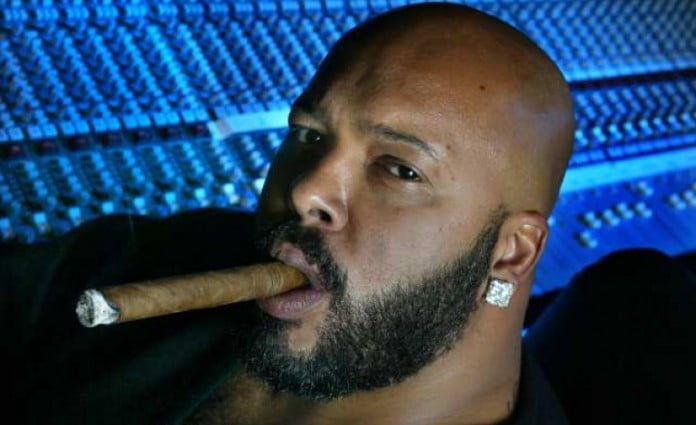 Suge Knight was born Marion Knight Jr. on April 19, 1966, Suge was the son of Marion and Maxine Knight. Suge’s father, Marion, was an R&B singer as well as a truck driver and a former football player in college, this is where most of the influence on Suge’s music beginnings are believed to have originated. Suge went through grade school and completed high school as well as attending the University of Nevada. Suge grew up in the tough and rough part of L.A. in the city of Compton, this environment was another major influence on Suge’s life and his musical career. Compton is a major hub for rap music and was known to be an area of L.A. that produced musical sensations. Compton is also know for something that had a negative influence on Suge, drugs and violence, these two went hand in hand and

Suge was raised and grew up and lived in Compton until he graduated high school. This meant that he was around the drug lords and the robbers and the others that carried guns or were “strapped”. Growing up in one of the toughest places in America made Suge himself tough, he was on his varsity Football team in high school. Playing football helped to keep Suge out of trouble for a while, he focused much of his energy, time and effort on being the best player he could be and since he was quite a big guy at 6 foot 4 inches tall and 345 pounds, playing defense almost seemed natural for him, and all his hard work paid off. Suge was able to obtain a scholarship, to the University of Nevada, for football where he attended for 2 years from 1985-1987. He then went on to play professional football in the NFL as a replacement player during the NFL players strike.

When the dispute between coasts became heated is when the whole country began to learn what was going on between the east and west coast rap scenes. Suge made a statement at the 1995 Source Awards, insulting his east coast rival, Sean “P. Diddy” Combs on live air- “Anyone out there who wanna be a recording artist and wanna stay a star, but don’t have to worry about the executive producer trying to be in all the videos, all on the records, dancing, come to Death Row.” What started off as just trying to see who could “spit”(sing/create) better “rhymes”(lyrics) escalated to incorporating names of people/ artists/ and producers alike.

The rappers, such as 2pac and Biggie began to take things much more seriously and personally with specific names being incorporated into songs. When this began to happen, crimes started to appear that were linked to rappers and record companies including Death Row records. Most of the early crimes were muggings and burglary/ robbery, so with the scene now getting into violence and crime, and with Death Row continuing to try to be the best, the label was gaining an increasingly “Thuggish” (violent/bad) reputation and name. Suge himself began to take part in the crimes, and received several months of parole for his taking part.

With this, Dr. Dre left Death Row Records and started his own record company and appropriately named it “Aftermath Entertainment” and it is still very successful today with artist including Marshall “Eminem” Mathers and Curtis “50 cent” Jackson the 3rd. then in September of 1996, the record company lost one of its most vital and well known artists, Tupac Skakur was murdered in a drive-by shooting. Accusations came soon after that Suge took part in the murder to get the re-interest of the public on the record company and Dr. Dre after he had left the company.

There was never any supporting evidence against Suge so he was never pressed with charges and never served and jail time for the murder, but there are still strong theory’s that Suge was the man that killed 2Pac. Then in March of 1997, 2Pac’s east coast rival The Notorious B.I.G. was gunned down in a similar way while he was sitting in a car at a stoplight shortly after performing. Peaople immediately assumed that the murder of B.I.G. was a revenge killing from 2Pac’s murder. Once again there was never any sufficient evidence to charge Suge with the murder of B.I.G.