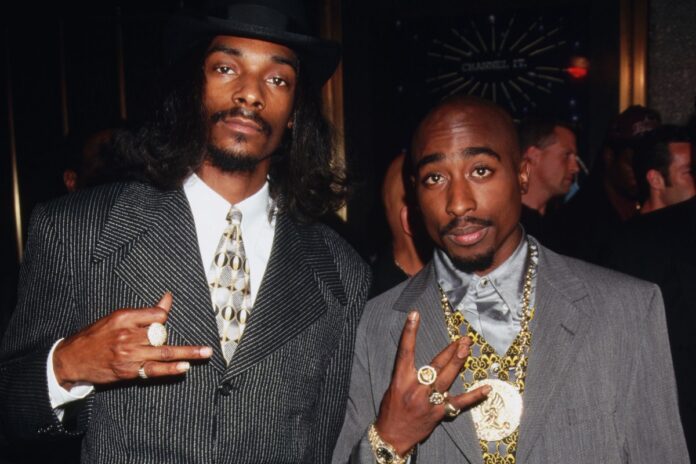 Life can be a fun little game since you can never really predict what will happen years from now. Snoop Dogg can fully agree with that sentiment since the famous rapper completed a deal, which is not only iconic but must also be incredibly satisfying for him personally. Literally, a few days ago Snoop announced the purchase of the legendary label company Death Row Records – precisely 30 years after his career truly kicked off under the guidance of the exact same company. Who would’ve seen that coming?

Actually, this probably comes as no surprise, since Snoop mentioned a few months back, that he would love to purchase the entire company and have it entirely under his reign. Up until now, the rapper was the creative and strategic consultant to Death Row but it now seems that Calvin Broadus Jr. will be the one to call all the shots in terms of the development from here on out.

The 50-year old purchased the entire shares package from the private equity-controlled MNRK Music Group and took the opportunity to express just how happy he is with the turn of events. Dogg went on the add that the company has “immense untapped future value”, which surely means the hip-hop legend has an idea how to bring back the glory days. Speaking of them, Snoop added that it’s an even more iconic moment for him since he was one of the founding members of Death Row.

The financial terms of the deal haven’t been mentioned. Death Row Records went into bankruptcy in 2006 and was subsequently sold 6 years later. Former owner Suge Knight has had to battle against numerous court accusations over the years. However, Suge is currently serving a staggering 28-year prison sentence for a different reason. In 2015 he ran over and killed a man, whilst driving.

It’s been a dramatic fall from grace for a company with such rich history like Death Row. We just need to rewind the tape and remember that this was the most powerful label in the industry back in the ’90s, accumulating a mind-boggling 100 million dollars in income per year. Aside from the already mentioned Snoop Dogg, the company propelled the careers of numerous other first-class hip-hop artists, including Tupac Shakur, Dr. Dre, Nate Dogg, The Dogg Pound, and others. Many of the rap romantics would absolutely hope and pray that Snoop would be able to restore the previous glory and be the one to produce platinum-selling records like Dre’s Chronic, Broadus’ “Tha Doggfather” and many others of the level. One way or another, however, the rap world will be thrilled with the news.

“I am thrilled and appreciative of the opportunity to acquire the iconic and culturally significant Death Row Records brand, which has immense untapped future value. It feels good to have ownership of the label I was part of at the beginning of my career and as one of the founding members. This is an extremely meaningful moment for me. I would like to personally thank the teams at Blackstone, MNRK and especially David Kestnbaum, who worked collaboratively with me over several months to make this exciting homecoming a reality. I’m looking forward to building the next chapter of Death Row Records.”

When the announcement of Snoop owning Death Row was made, it wasn’t revealed that the new album comes out on the label as well.