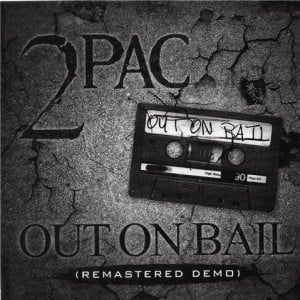 “Out on Bail” seems to be recognized as the real demo tape 2Pac purposed to Interscope at the end of 93 for his group Thug Life. With the success of “I Get Around“, 2Pac was touring everywhere, recording with a lot of people, and was planning to form a group with Big Syke around the concept of “Thug Life” that he developed earlier with him and his stepfather Mutulu Shakur, Mopreme’s Father (cf. Thug 4 Life).

They made a first session of records but Interscope thought that it was too controversial and almost all of those have been shelved or re-recorded. It had had many non official releases as “Thug Life (Demo)” or sometimes as “Thug Life 2“. The most interesting version appears to be this non officially published version in 1998 with pictures of a K7 showing tracklist written, and the mention of a first name for label « In the Bank Ent. », maybe a pre-title for Thug Life’s label “Out Da Gutta”. 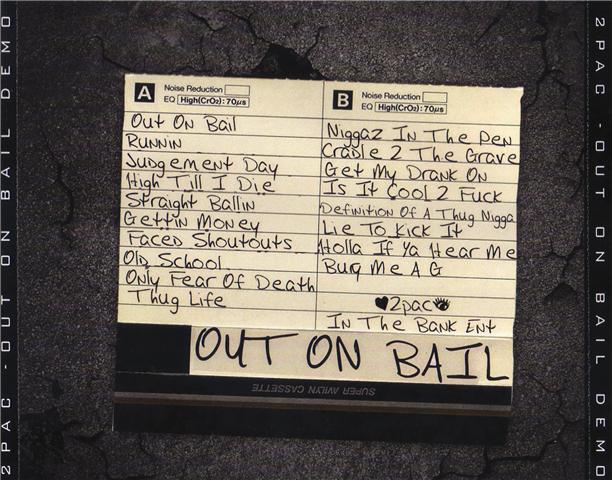 9. Only Fear of Death / Live Squad

2PacLegacy - Modified date: August 2, 2021 0
Despite not being with us for nearly 25 years now, the life, legacy, and death of the great artist Tupac Shakur continue to be...