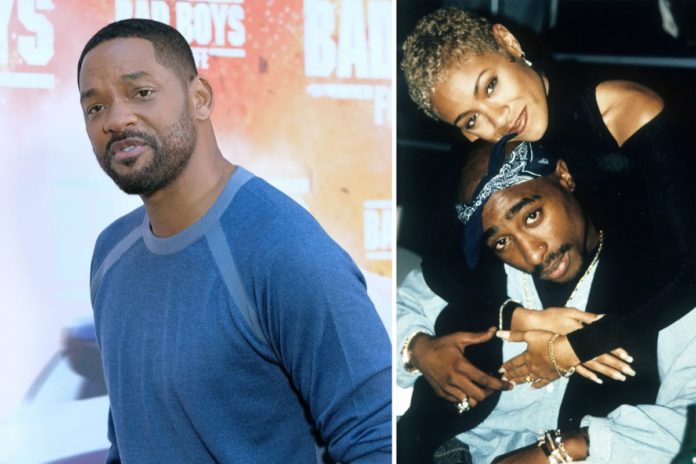 Will Smith: ‘F— Yeah!’ Mr. “Men In Black” Was Jealous Of Jada’s Relationship With Tupac

Will Smith: ‘F— Yeah!’ Mr. “Men In Black” Was Jealous Of Jada’s Relationship With Tupac

Jada Pinkett Smith and Will Smith are probably one of the strongest long-surviving family in American showbusiness. And so far, we have never heard of earthquakes in his relationship, nor that it was unstable in any way. Just the opposite – they have always shown respect and support for each other and most of all deep love. Not that things have changed recently. It was just interesting news to know that Will Smith was somehow at some point in their relationship feeling uncertain in himself for Jada.

It is well known that Mrs. Smith and the legend Tupac were really close and had a deep love for each other ever since their childhood days. They have never been closer and never showed sexual relations. They never claimed that they were а couple and Tupac was dream for many women at that time.

Will Smith is not innocent himself. Though he is now fifty-one the famous rapper and actor is liked and adored as a hero from the female part of the world. But he made a confession during an interview at The Breakfast Club on January 13, that the closeness between Jada and Tupac at the time really made him insecure.

He admitted he always respected their friendship but was also afraid that they can become closer. The past put the three of them in the same room many times Will said. Though there was something that always kept him away from just going and introducing himself to the “All Eyez On Me” rap legend.

“Oh my God! Dude! And that was in the early days. And it was like—that was a big regret for me too cause I could never open up to interact with ‘Pac.” Will said. “I was the soft rapper from Philly and he was PAC”

Jada Pinkett Smith and husband Will Smith started dating in early 1995, they married two years later in 1997 after the death of Tupac, which happened in September 1996. Jada gave birth to the two children of Will and they live happily ever after. In the years they starred in many successful productions. One of it Bad Boys For Life, a sequel of the first part and its forthcoming premiere is just in few days. That was the reason Will was invited to the show and gave an interview in which he was also asked about his feelings over Jada and ‘Pac.