Tupac pointed to Walter Johnson aka King Tut as one of the two shooters who robbed him in Quad Recording Studios, New York. The other shooter is Dexter Isaac

On August 15, 1995, Tupac wrote this letter from the prison, ends the letter, “Be / Careful!!! / The Walking Dead / Jack Agnant R.I.P. / Tut R.I.P. / Jimmy Ace R.I.P.” In this list, Tupac names the people he felt were behind the shooting at Quad Studios, “Haitian Jack” Agnant, Walter “King Tut” Johnson, and James “Jimmy Ace” Rosemond. Tupac later publicized these beliefs in his song “Against All Odds” on his posthumous album The Don Killuminati: The 7 Day Theory.
8 x 10 1/2 in.

In the song “Against All Odds “  Makaveli: The Don Killuminati Tupac implicates Walter ‘King Tut’ Johnson in his shooting at Quad. He rhymes:

Play the game, nigga; all out warfare, eye for eye

Last words to a bitch nigga: “Why you lie?”

Here we come, gunshots to Tut, now you stuck

Who is Walter ‘King Tut’ Johnson?

Walter Johnson was born in 1963 and grew up in Cypress Hills, a section of East New York, which itself is a neighborhood in the eastern section of Brooklyn, New York.

Despite being raised as a Jehovah’s Witness, he began a long criminal career in Brooklyn at the age of 16. It was during this time that Johnson acquired the nickname “King Tut”. Johnson was detained by police on suspicion of robbery andupon arriving at the precint to retrieve him from police custody, Johnson’s mother was asked if he had any aliases. She replied that his nickname was “Tut”, which was entered into police records as “King Tut” by the officer.

At some point, he helped to form a robbery ring, dubbed the Black Mafia,comprised of Brooklyn youth. The gang, which also included Jacques “Haitian Jack” Agnant, specifically targeted drug dealers.

Johnson’s exploits served to inspire other local criminals as well. Fellow-Brooklynite Calvin “Calvin Klein” Bacote revealed that Johnson’s reputation spurred him to execute a particularly notorious robbery as a teenager.

At the age of 14, Bacote and other teens from his neighborhood committed an armed hold-up of several cars belonging to the F Sixth Avenue Local line, locally referred to as the F train, of the New York City Subway system. Bacote and the others robbed the passengers in the compartment they’d boarded at gunpoint and after demanding that the train riders place all of their cash and jewelry in bags, as well as beating some of the victims, the teens proceeded to make theirway to the next car and so on.

On June 23, 1982, a teenaged Johnson robbed 300 worshipers at gunpoint in his mother’s Kingdom Hall in East New York. After being arrested, he made bail and committed another armed robbery. On October 7, Johnson and four associates held 12 passengers at gunpoint aboard a city bus on the Queens to Brooklyn line and relieved them of their valuables. On August 8, 1983, Johnson was convicted of second-degree robbery for the bus hold-up and sentenced to two to six years in prison. On September 12, he was convicted of first-degree robbery for the Kingdom Hall hold-up and again sentenced to two to six years in prison. After being paroled in 1988, Johnson was convicted of criminal possession of a weapon and sentenced to four to eight years in prison.

In 1993, Johnson was charged in connection with the shooting of NYPD Officer Richard Aviles inside a Brooklyn barbershop. At about 7 p.m. on January 15, Aviles and another officer, John Morris, were in East New York, Brooklyn’s Eddie’s Unisex Barber Shop when three gunmen, including Johnson and Jerard Gary, entered in an attempt to execute a hold-up. Aviles and Morris, both off-duty,exchanged fire with the assailants, hitting Gary once in each leg and the third man in the chest. While both officers were shot in the leg, Aviles suffered ashattered hip. Both officers and Gary were taken to Brookdale University Hospital and Medical Center for treatment. While Aviles sustained partial paralysis, Johnson was not injured and was eventually acquitted of attempted murder. He was, however, convicted of armed robbery, for which he served one year in prison.

On November 14, 1993, Agnant, who’d befriended Tupac Shakur earlier that month, accompanied the actor and rapper to the now-defunct, upscale Manhattan nightclub Nell’s — an exclusive, celebrity-magnet that frequently turned away stars such as Don Johnson and Cher. An associate of Agnant introduced Shakur to 19-year-old Ayanna Jackson, who performed oral sex on the actor on the dance floor within half an hour following the introduction. Afterwards, Shakur invited Jackson to his suite at Manhattan’s posh Le Parker Meridiean hotel. Four days later, Jackson returned to Shakur’s suite, where Shakur; Agnant; Shakur’s road manager, Charles “Man Man” Fuller; and another man were already present.

Hours later, Jackson accused Shakur, Agnant and the others of gang-rape. Shakur, Fuller and Agnant were arrested four days later and charged with three counts of first-degree sexual abuse, sodomy, and illegal possession of a firearm. Agnant’s attorney, Paul Brenner, had his case severed from Shakur’s, and reportedly, Shakur, suspicious of Agnant’s motives, began to distance himself.

In November of 1994, while clubbing with friend and fellow-actor Mickey Rourke, Shakur voiced his concerns. He told Rourke’s friend, Daily News reporter A.J. Benza, that heavyweight boxing champion Mike Tyson had called him from prison to warn him about Agnant. Benza subsequently reported that Shakur also believed that Agnant had set him up.

During a studio session in Manhattan on November 30, 1994, Shakur was confronted in the lobby of the Quad Recording Studios building by threeassailants as he exited the elevator. He sustained five gunshot wounds and was relieved of $40,000 in jewelry. Shakur had been invited to the studio by James “Jimmy Henchman” Rosemond in order to record a song with rapper Shawn “Little Shawn” Wilkins — for whom Rosemond was acting as manager. Shakur, who was being accompanied by Randy “Stretch” Walker (Walker was shot twice in the abdomen) and his manager, Freddie Moore, when he shot, had been introduced to Rosemond by his associate, Agnant.

Shakur was scheduled to appear in court the following the day in connection to charges of weapons violations and sexual assault stemming from the incident involving Agnant. Though he was never charged, Johnson was named as a person of interest by law enforcement in connection with Shakur’s robbery. According to investigators, Johnson admitted to a confidential informant that he shot Shakur in order “to discipline him”.

On December 1, both Shakur, who appeared in court in a wheelchair and heavily bandaged, and Fuller were found guilty of two counts of sexual abuse and acquitted of the other charges. Shakur was sentenced to 18 months to 4 and one-half years in prison on February 7, 1995.

On February 21, 1995, Shakur’s song, “Dear Mama” was released while he was detained at Dannemora, New York’s Clinton Correctional Facility. Though Shakur was unable to appear in the song’s accompanying music video due to his incarceration, the clip did contain a re-enactment of his shooting at Quad Studios.

On October 24, 1996, Johnson was arraigned in Brooklyn Criminal Court for three armed robberies spanning the previous 18 months. He was on parole for another conviction at the time of his arrest. The robbery charges were dismissed and as Johnson left the courtroom, he was arrested by U.S. Marshals and NYPD major case squad detectives.

State prosecutors dropped the charges against Johnson so that he could be tried under federal statutes. Johnson was eventually convicted and became the first New York City resident to be sentenced according to the 1994 federal three-strikes law. He was given a life term without parole, as mandated by the federal bill for three-time violent felony offenders. Johnson was sent to USP Lee (United States Penitentiary, Lee), a high-security federal prison located in Lee County, Virginia.

In the spring of 2005, Johnson was transported to MCC (Metropolitan Correctional Center) and temporarily detained in a cell next to his former partner, Jacque Agnant. He was further questioned by federal investigators for his possible role in Tupac Shakur’s shooting.

However, on June 15, 2011, an inmate at Brooklyn’s Metropolitan Detention Center serving a life sentence, Dexter Isaac, confessed to being an active participant in Shakur’s 1994 robbery and shooting. Isaac’s written confession to website allhiphop.com read, in part, “In 1994, James Rosemond hired me to rob 2Pac Shakur at the Quad Studio…He gave me $2,500, plus all the jewelry I took, except for one ring, which he took for himself. Rosemond’s attorney, Jeffrey Lichtman, denied his client’s involvement. The statute of limitations for the crime had expired by the time of Isaac’s admission.

Who is Jimmy “Henchman” Rosemond? The Man Hired Gunman on Tupac... 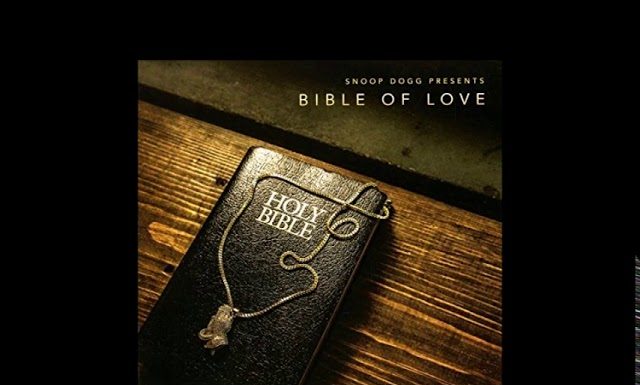 Snoop Dogg Feat. K-Ci – No One Else