On April 29, 1995, Tupac married girlfriend Keisha Morris at Clinton Correctional Facility. The civil ceremony was witnessed by her mother and Tupac’s cousin. The marriage is later anulled.

Keisha Morris: ”Once Tupac was placed in the Clinton Correctional Facility Tupac asked me to handle all of his business with his lawyers managers and record company because he wanted me to represent him, he felt it would be better and easier if I were married to him. I was kinda hesitant but I agreed. So we decided to wed four months later in a quick ceremony in the prison. We had marriage counseling before we did it when the judge asked me “Keisha, do you take Tupac and all of his worldly possessions” Tupac turned to me and said “Keesh, you can’’t have my pool table or my big screen TV” When we got married Tupac said he wanted to have kids his publicist and our close friend Karen Lee, was shocked to see how much Tupac had changed. She had never heard him talking about marriage or children Tupac picked out names he wanted to move to Arizona and name our Daughter Star and our son Michelangelo. I liked Star but not Michelangelo, we tried to have kids but the weed that Tupac smoked affected us. Tupac also had visions of our future.

Tupac wanted me to get the respect that I deserved for being there for him but at the same time he didn’’t appreciate what I was doing. I remember one day he asked me to make a three way call for him I knew that the woman calling was a famous actress I put the phone down but when I picked it up to see if he was nearly done, I could hear him having an intermit conversation with her. It was very insulting to me he was making plans with another woman. Many people said that Tupac married me for conjugal visits. That’s not true. We never had sex when he was in jail. He did not feel like that was a place to be intimate or exposed like that.”

Is This The End?

Keisha Morris: ”I had to separate from Tupac after he got released from jail because, though he loved me we knew he couldn’’t be married. My love was sincere from my heart, but at times I did not feel the same from him. I never asked for anything materialistic, because that’s not why I wanted to be with him. When you are out for things that don’’t belong to you it will come back to harm you later. Now, I look back at our relationship and realize it was not a bad thing. We were still friends until the day he passed on. We still saw each other occasionally and spoke all the time. Yes it still hurts sometimes when I can’’t call Tupac and joke around with him. But our relationship has made me the full-rounded woman that I am today. Tupac will always be in my heart and a part of my life.” 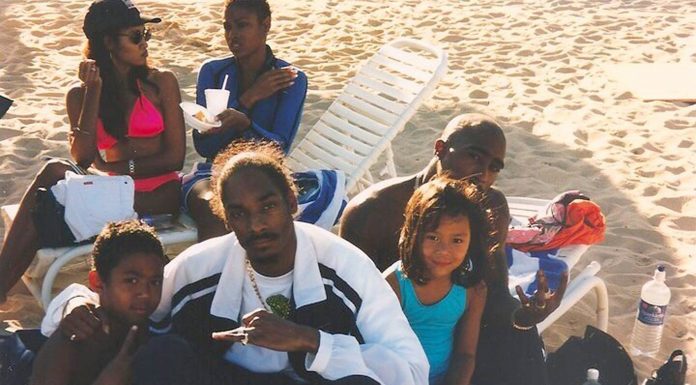 Snoop Dogg – Back Up Off Me