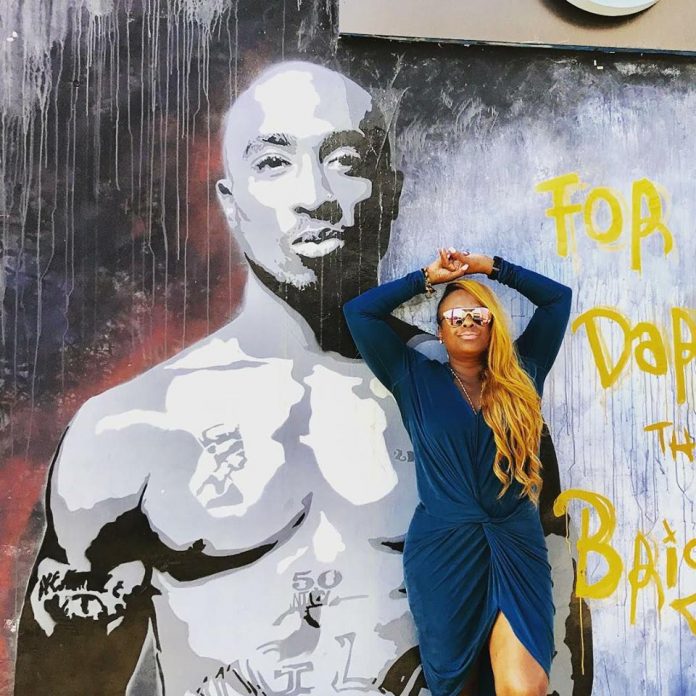 Tupac & Yo Yo Fearless

Yo-Yo Fearless (born Yolanda Whittaker) has been among the most sophisticated and unpredictable female MCs around. She doesn’t take an overtly feminist tack but urges young women to show sexual restraint and use their minds as well as their bodies.

Yo Yo Fearless spoke with TMG candidly about her love affair with the late rapper Tupac. The two emcees met in the early 90’s while recording in the studio. After bumping into one another in several cities, they eventually began a friendship in the early 90’s. Yo Yo recalled they established a great friendship where they discussed music, family, friends, their insecurities, his appreciation for the arts, and more.

“I fell in love with the man and the artist,” Yo Yo said.

The Source interview with Yo-Yo, July 1998

Q: On your first single, “Iz It Still All Good,” you speak on the loss of Tupac Shakur. Do you remember where you were when you learned of Tupac’s death?


A: His family called me when he was in the hospital. I flew up there immediately. They had security up there and at first they wouldn’t let me see him.

Q: So you were good friends with Pac?

A: I was very close to Pac and his family. I went in there and oh… [ she fans her eyes trying not to cry ]. I hate even thinking about it, girl. It was something else. [pauses] His head was as big as a watermelon. I hate thinking about that. Everytime I hear his music, I always think, “damn Pac, damn.” God, that was something else, girl. I was in there asking him, “Pac can you hear me?” I was looking up under the covers. Me and Pac were close. So I was looking up under the covers and I asked what happened to his finger, ‘cause one of his figners, his middle finger was shot off. I was like, “Pac can you hear me?” He shook his head.

A: Yes. I said you know I love you, right. And he shook his head. I started crying and praying over him. I was crying my heart out. His eyes were closed. And the guard said, “you gotta leave, Pac has to get his rest.” And Pac was like, “uhm, uhm…uhm, uhm.” And I was like, “he don’t want me to leave. He don’t want me to go.” And then Pac opened his eyes. I swear to God, he opened his eyes. At first I could only see the white part of his eyes. Then he looked at me. And he was like, “uhm, uhm, uhm.” And I couldn’t understand. And I was like, “look he don’t want us to go.” And I swear to God he was trying to tell me something. We stayed twenty more minutes, then they made us go.

The next day, I went to go see him and I told his mom that I was leaving because I knew he was gonna be all right. I got home and his sister called my cellphone and the phone kept hanging up. I called up to the hospital and they wouldn’t let me speak to nobody. I was like, “Is Pac dead? Did he die?” Girl, I was going crazy. They told me Pac died in the room by himself. Everytime I think about it, I think he was trying to tell me something. When I get to heaven I’m going to ask him, “What were you trying to tell me?” I’ll never forget it.