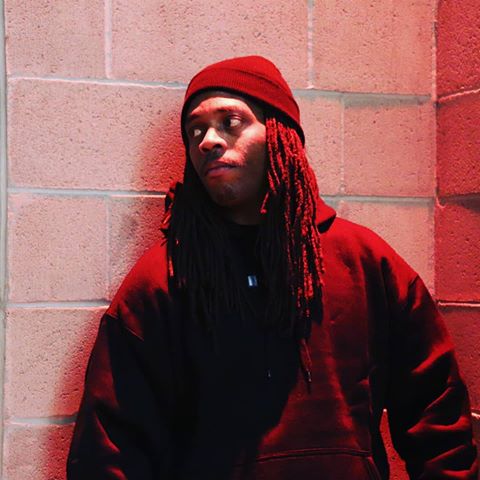 How Tupac Created “Ghetto Star”? Nutt-So Share Conversation With Pac In The Studio

How Tupac Created “Ghetto Star”? Nutt-So Share Conversation With Pac In The Studio

In a recent FB status update, the Outlawz affiliated rapper Nutt-So (Real name Sean Cole) revealed some interesting details on the making of “Ghetto Star”. The song is one of the several tracks he recorded with Tupac Shakur and it was part of the “Better Dayz” album released in Nov.26, 2002. 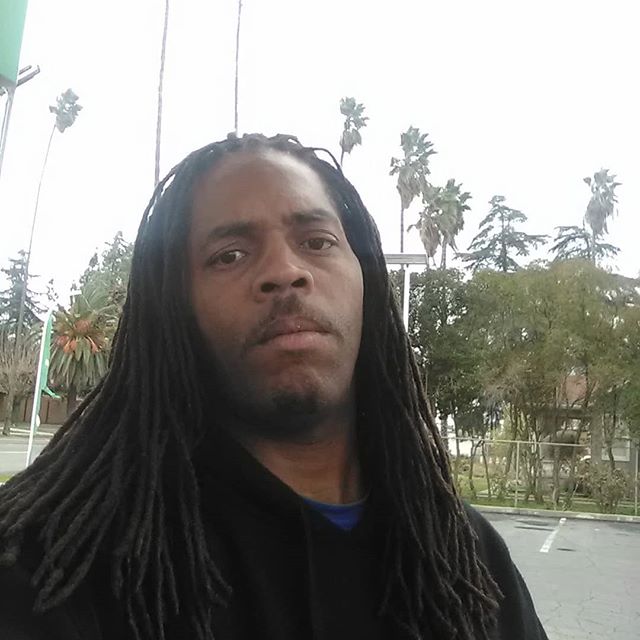 In a story-telling mode, the Cali’ rapper takes us back in the days with Tupac in the studio. Cole shares the conversation he had with the legend Tupac and how the name of the song came up. Judging by the short talk, it’s hard to believe that such a genius work was titled so fast, just like that.

The story reveals the incredible process of working with Tupac, the inspirations that he got while still in the studio, the idea to bring Danny Boy to harmonize it and all the magic that happened in the studio when Pac was there, creating one of his masterpieces. 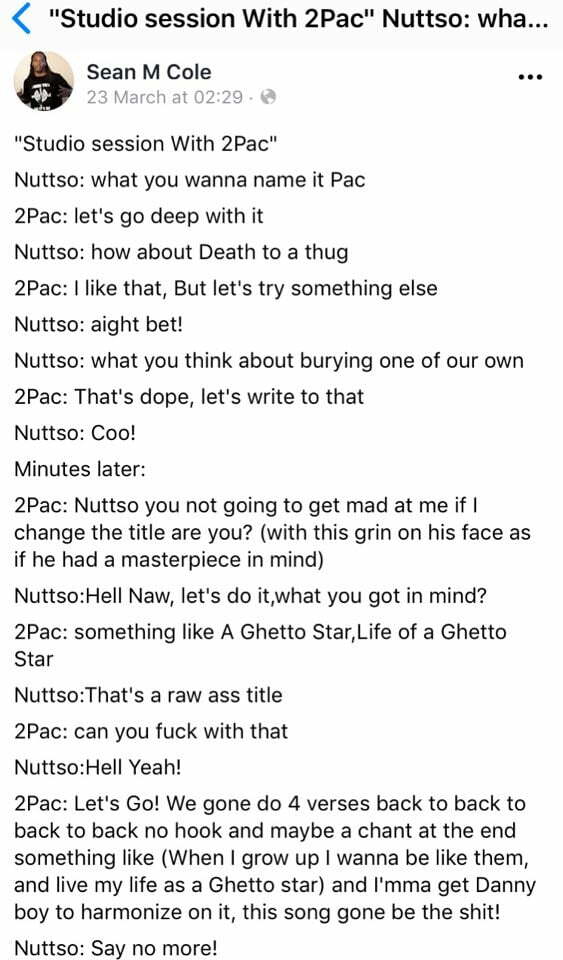 Nuttso: what you wanna name it Pac

2Pac: let’s go deep with it

Nuttso: how about Death to a thug

2Pac: I like that, But let’s try something else

Nuttso: what you think about burying one of our own

2Pac: Nuttso you not going to get mad at me if I change the title are you? (with this grin on his face as if he had a masterpiece in mind)

Nuttso:Hell Naw, let’s do it,what you got in mind?

2Pac: can you fuck with that

2Pac: Let’s Go! We gone do 4 verses back to back to back to back no hook and maybe a chant at the end something like (When I grow up I wanna be like them, and live my life as a Ghetto star) and I’mma get Danny boy to harmonize on it, this song gone be the shit!

See Also  Why Kim Kardashian Lie for Tupac’s ‘All About U’ Music Video?