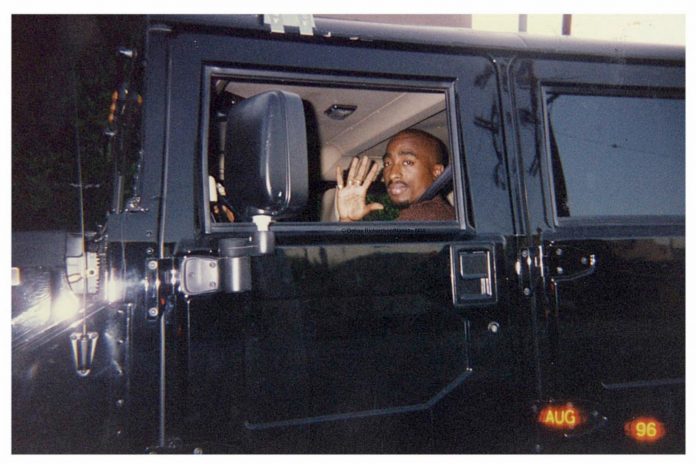 In a recent interview with The Art Of Dialogue, the platinum songwriter and independent hip hop artist award owner, Delray Richardson talks about the story behind Tupac’s picture in his Hammer waving at the camera a week before his death which had surfaced last year 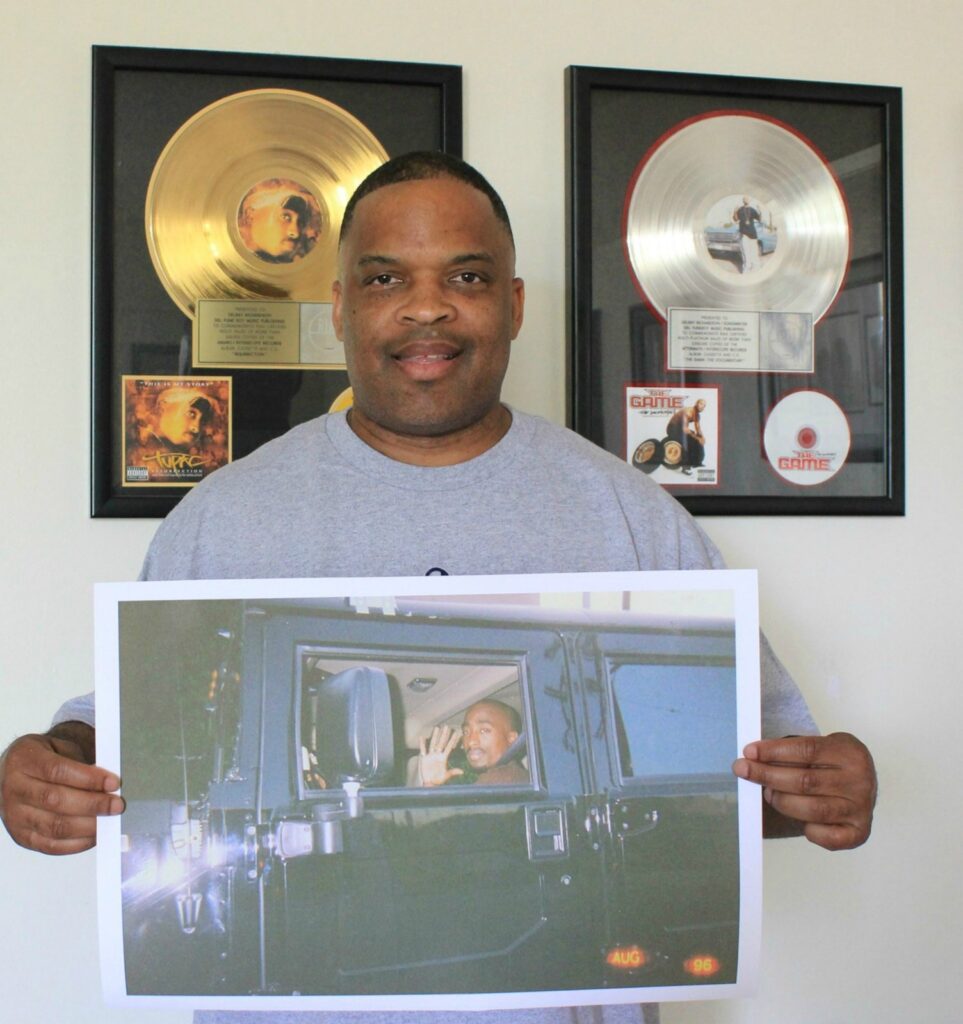 Richardson reveals more information about the day that the photo was taken. August 16, 1996 driving by with two of his homegirls and then on Sunset Boulevard he saw the black Hummer “I was like I got Tupac right there” than Tupac took right to Fountain Ave.

“I’m like Yo ‘Pac these homegirls from Meryland  they want take picture with you and he was like “I can’t get out of the car”, you know “Cuz too much traffic” . So they stopped at the light one of the girls was taking a picture from the car, while the other one asked Tupac how many times he got shot (She meant Quad Studio Shooting) then Pac put out his hand like Five , and that’s the time when the girl with the camera took the picture exactly.