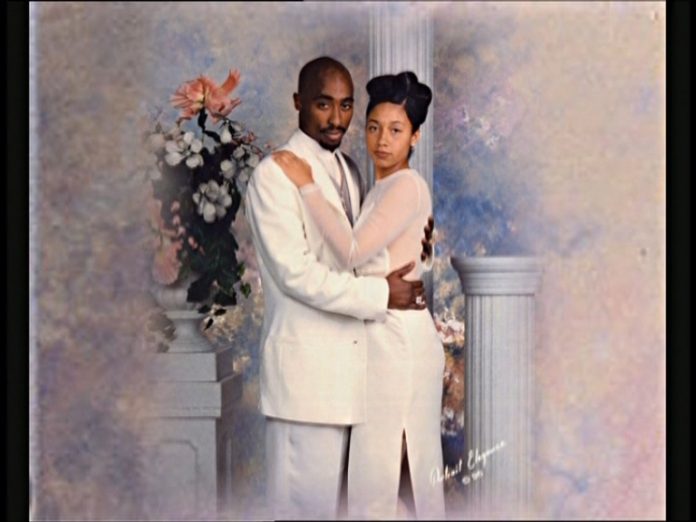 On June 07, 1996, Tupac attended at the John Muir HS Prom in Pasadena with Tashaunna Howard (Tupac’s godsister and the stepdaughter of close friend KATO).

Tashaunna Howard – “I had wrote a letter saying how much I loved his music to his fan club. At the end I made a joke saying that if he ever read this letter to please take me to my prom since my boyfriend had just broken up with me. About a month later there was a knock at my door and it was him! He was by himself. No reporters no homies just 2pac Shakur at my doorstep. He came in and talked to me and my mom and my brother for about fifteen minutes and asked me if I had gotten a dress yet.

I said no and he said he would take care of it and gave me $1500 in all hundred dollar bills and told me to get something pretty. Prom day came and he called and said to be ready. A limo showed up with 2pac in it and went straight to my prom. Everyone was going crazy taking pictures but we hung out there for about thirty minutes. We danced to about five songs then he said he had business to take care of kissed me on the cheek and left. I think the world lost a great person when 2pac was killed and I will always remember his kindness.”

On prom is also Tupac’s goddaughter Nahshon Dion Anderson. Nahshon inquired about working in Hollywood, and Tupac directed her to contact Look Here Productions which was producing his music videos at the time. Upon taking rapper Tupac’s advice in the summer of 1996, Nahshon started off as an intern at Look Hear Productions with Tracy D. Robinson and Gobi M. Rahimi. While attending California State University Los Angeles for two semesters after reading Black Talent News, Nahshon started working at The Keenen Ivory Wayans Show as a production assistant in 1997. After a few months on the new job Nahshon became Executive Producer Michael Davies personal assistant and began working at Buena Vista Television in the development department