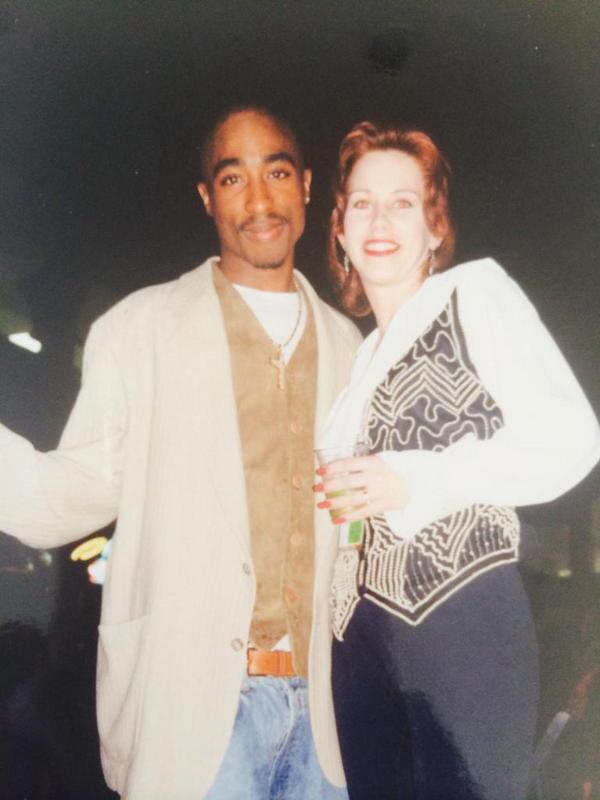 Tony Hawk: ”That’s of my first wife, my oldest son’s mom. We got invited because my sister sang backup for Michael Bolton at the time. We were stoked to just get photos with celebrities or whatever, just going around the green room. It was funny how we got this glimpse of the different types of personalities — that was my first time I’d really been around people who were that famous.

Cyndi Lauper just shut us down, like, ‘No, no, you know what? I don’t want a photo.’ But Gene Simmons from KISS agreed to a photo with me. That was super exciting to me.

Then I saw Tupac over standing alone. I was kind of scared, because I knew of him but I didn’t know if he’d be cool or what. But he was so excited that we recognized him. And I think in the excitement I forgot to get my own photo, and just took that picture of Cindy (Hawk’s wife at the time) with him. I just told him that I really liked his stuff with Digital Underground. He was just starting to do his own music, but I hadn’t really heard it yet.

It was a really small interaction, but the funny thing is I’d been bugging Cindy to find that photo ever since I’ve been on Instagram. She finally found it this year, and I put it up there.”