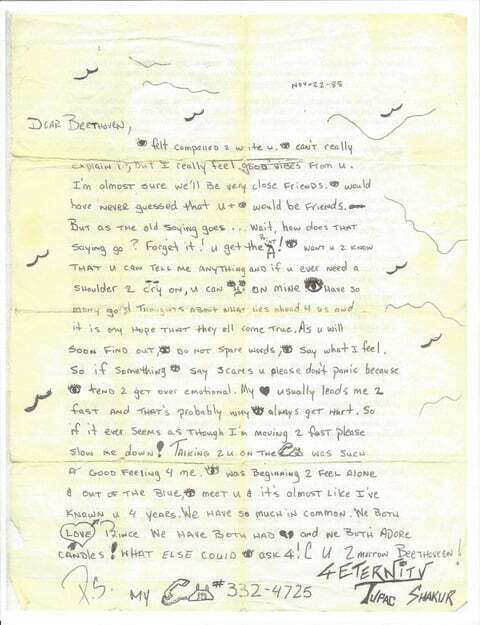 Tupac came on strong to a high school classmate … confessing about heartbreak and his love of Prince in an emotional letter that’s now up for sale.

He wrote the 1988 letter to a girl in his drama class he called “Beethoven.” She says that was his nickname for her because she played piano. It’s clear from the letter, ‘Pac was already a deep cat back then.
He wrote, “As u will soon find out, I do not spare words, I say what I feel. So if something I say scares u please don’t panic because I tend 2 get over emotional.” He also said, “It’s almost like I’ve known you 4 years.”
That rap worked on “Beethoven” — she says they were in love. Tupac’s letter, and one from “Beethoven” explaining their relationship are being sold by memorabilia dealer Moments in Time … for $35,000.

And Still I Love U – Tupac’s Handwritten Poem