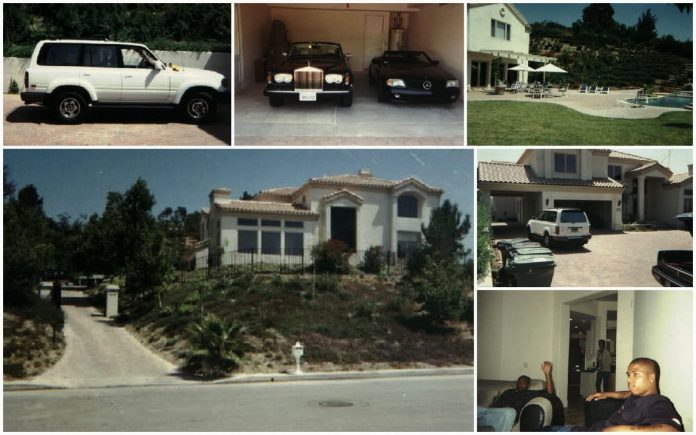 When Tupac was a kid, he was forced to move from town to town. On numerous occasions he said:

Despite the fact that this may seem awful to many, Tupac had a different opinion:

“I loved my childhood, even though it was bad. I love it. I feel like it’s taught me so much. Nothing can faze me. Nothing in this world can surprise me. It might set me back, but only momentarily can it set me back. I think it’s helped me to learn.” – 17 year-old Tupac Shakur

1974-1983:  Tupac Amaru Shakur was born on June 16, 1971, in New York City, more specifically in East Harlem section of Manhattan. It is mentioned that during this time, Tupac and his family were moving from shelter to shelter, looking for a place to live.

In 1984, Tupac and his family moved to Baltimore, Maryland. The family lived in the first-floor apartment of a brick row house at 3955 Greenmount Avenue in the small, North Baltimore neighborhood of Pen Lucy. The rapper completed his second year at Paul Laurence Dunbar High School and the transferred to the Baltimore School for the Arts, where he studied jazz, poetry, ballet, and acting.

Tupac and [his sister] Sekyiwa arrived in Marin City, across the bay from Oakland, in 1988. He was seventeen years old and she was thirteen. They went to the home of Assante, a woman Afeni had been close to during her Black Panther days. Assante lived in a poor housing complex that was rife with crime. In fact Marin City’s crime rate had soared to such levels that people referred to the community as ‘the Jungle.’

The boy who arrived in ‘the Jungle’ was a deep-thinking bohemian who understood the works of Shakespeare and had donned a leotard for his dance classes and acted in several school plays. He was not a street tough. Sekyiwa was a smart, sweet girl who longed for stability. The kids were in way over their heads.

Assante had agreed to house them, so Afeni sent the kids ahead of her until she could come up with some money for a ticket of her own. One day she got a call from Assante saying that the kids needed a new home.

When Afeni got to Marin City, Assante was nowhere to be found. Tu­pac and Sekyiwa were with a neighbor. Afeni had no idea what her kids had been enduring. Assante was a raging alcoholic who often passed out on the floor and lay there sleeping for hours. She didn’t cook regular meals and never lost an opportunity to let them know that their pres­ence was a burden.

Assante, the onetime revolutionary, had shriveled into a mean drunk who habitually cursed them out. She saved most of her venom for Tu­pac, who represented every black male who’d ever hurt her or let her down.

Afeni had to find a new home for them fast but she had no money. While waiting for a government-subsidized apartment, the kids were farmed out to locals. Tupac was the neighborhood underdog. ‘Niggas that wasn’t shit and I knew it used to dis me… I got love but the kind of love you would give a dog or a neighborhood crack fiend.’

Shock G: ”At Tupac’s first apartment (MacArthur Blvd., Oakland), the stack of dirty dishes in the sink was so high it would lean against the refrigerator, while the pile of pizza boxes and take-out containers towering from his big outdoor-style garbage can would do the same on the opposite side. Sometimes it would get so tall that it met the loose junk on top (cereal boxes, magazines, baskets of snacks, papers) and formed a rainbow of garbage. For real too. Ask Man Man or Mopreme, or especially Mouse or Saafir, they both lived there with him at different times. Like any of the truly prolific geniuses throughout history, Pac’s weirdo traits were just as extreme.”

Tupac lived in the Oakland for only four years, but in those four years he set the foundation for the rest of his career – a career that pushed people to seek change and hold onto hope for those who are less fortunate. Tupac claimed Oakland as his own and pushed the community to fight for change.

1993 – Tupac bought her a 2.2-acre estate with a six-bedroom home in Stone Mountain, Georgia.

What about your house in Stone Mountain Atlanta, Georgia

Tupac: ”I gave the house to Kato’s family. He was a gangbanger in Atlanta who got murdered in front of his home in L.A. We went to amusement parks. I wanted his family to move to Atlanta from South Central. My family didn’t appreciate the house. I got a lot of family to take care of.” / Sister 2 Sister Interview

It’s the place Tupac rented after being released from prison in 1995. He was in escrow to buy it outright when he was gunned down the following year in Vegas.
The 6,000 square foot, 6 bedroom home has been updated by the current owner, at a cost of around $1 million. 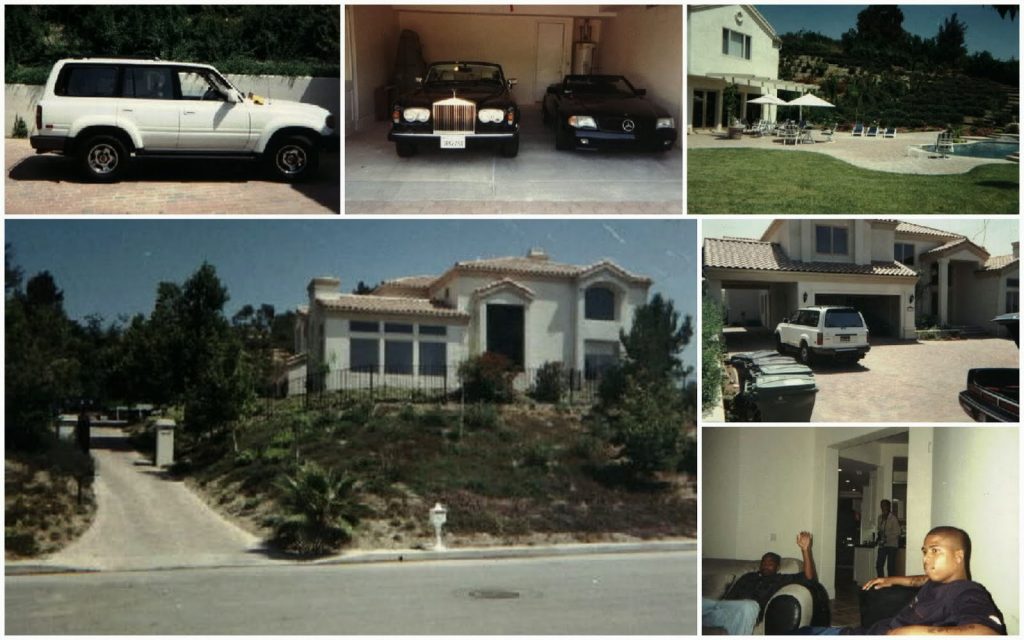 Tupac wisely kept the the opening lyric in stone … “Outlawz, Let no man separate what we create.”

Afeni returned to Atlanta the morning of August 31, 1996. On her way to the airport, she stopped at the Wilshire Boulevard apartment Tupac used when he worked late. He seemed fresh, though, when Afeni buzzed him down to the lobby. “Why didn’t you just come up?” he asked. “Wanted to give you your space,” she said. “Got a whole lot of space,” Tupac said, gathering her in a hug. “How many mothers do I have?”

He went out to the car to say hello to his sister, who had recently enrolled in cosmetology classes. Afeni recalls: “He stood outside the car and said, ‘I’m very proud of you’ to her. They were always trying to make each other proud. She had gone back to school to help open a line of cosmetics with Kidada. She had been in school four months. That was the first time he acknowledged it, saying he was so proud. It was a nice warm feeling for a parent.”