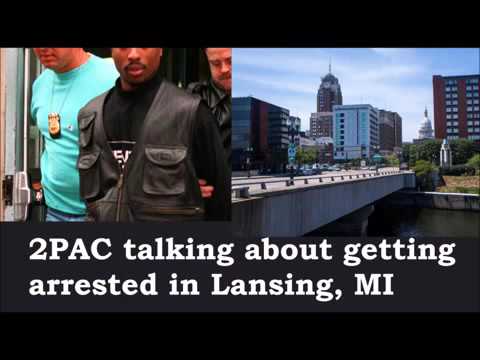 On Wednesday, October 26, 1994, Tupac returned for sentencing. He could have gotten up to 90 days in the East Lansing jail. Instead, he was sentenced to, and served, 10 days in jail, and ordered to perform 35 hours of community service.

On September 14, 1994, Tupac pleaded guilty to a misdemeanor in exchange for the dismissal of the felonious-assault charge. He was sentenced to 30 days in jail, 20 of which were suspended, and ordered to perform 35 hours of community service.

On April 5, 1993, Tupac was charged with one count of felonious assault. He was accused of attempting to hit rapper Chauncey Wynn from the group M.A.D. with a baseball bat at a concert at Michigan State University. The incident reportedly began when Shakur became angry and threw a microphone