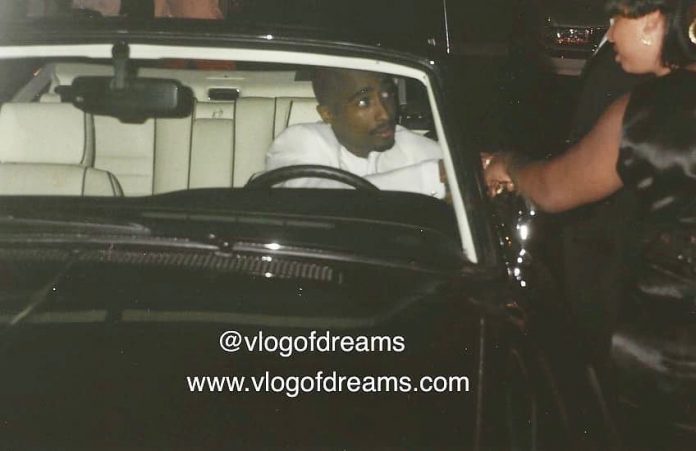 Here you go another unseen photo of Tupac photographed after attending and performing at the 5X Platinum party at The Museum of Flying in Santa Monica, California, 1996.

Fan: ”Yes, I went to a Death Row Party and was already in love with Tupac so was eager to see him perform. I had met him once at Poetic Justice premiere and he was cool. So when I saw him perform this time I was hypnotized. I was the only fan with a camera in the front row and I just was snapping my camera as much as I could, I later followed him with fans and the entourage outside and took pics of him shaking hands with fans from his Bentley. He was humble and nice to his fans.”