The Scottish street photographer captured the musician on his way out of a 1996 Versace show, just three months before his death. After keeping the shots hidden for decades, he’s now ready to break open his archives.

In 1995, Tupac Shakur was a supernova. The West Coast rapper was already seen as one of world’s most influential musicians, with an impressive array of bestselling politically-charged albums, as well as a fledgling Hollywood acting career. He was also being warmly embraced by the fashion world – namely Gianni Versace, who had personally invited Shakur to walk in his Autumn/Winter 1996 show.

Around the same time, David McLean was living in Milan. The Scotland-born street photographer had been taking candids of the city’s high fashion elite, snapping supermodels and celebrities – from Kate Moss and Stella Tennant, to Elton John and Sophia Loren – as they caroused around the Golden Rectangle. “I’m a self-taught street photographer, I’m obsessed with trying to take pictures of people,” he tells AnOther. “I’ve always just done my own thing.”

It was while doing this that he ran into a leather-clad Tupac, fresh off the Versace catwalk, wandering the streets of Milan. Despite his fame, the rapper walked through the city almost unrecognised, with just one bodyguard, seemingly lost in his own thoughts. Seizing the opportunity, McLean took three shots of him on his film camera. He then developed and stored them – unseen – in his star-studded 90s archive.

Three decades on, and McLean is now ready to dust off his collections and share them with the world. His Tupac images are the first to be revealed, with the photographer putting at least one on the market as an NFT. The first, pictured above, sold almost immediately for over $1,500 – and he has plans to slowly reveal more. Here, he talks AnOther through his never-before-seen collection.

“I’ve always loved photography; probably more than photography has liked me. I first picked up the camera in the 90s, just after I moved to Milan. I had finished my degree and was working as an English teacher there. I had always had an obsession with photography, and I wanted to be involved in making images, but I just couldn’t work out how to do it because – and this is terrible for a photographer to say – I’m not very technically minded. Learning about F-stops and darkroom development, it’s just not me. I just wanted to be out on the street taking photos.

“At the same time I was in Milan, it was just fashion. It was a very naive period, the 90s. Everybody was out and there wasn’t much security: you’d see Donatella Versace, Gianni Versace, Kate Moss, Naomi Campbell, all the supermodels just running around the street. They wouldn’t do that now, they’d be getting driven everywhere. But if you knew where to look then, you saw them.

“The main area I used to hang out, with my camera, was Milan’s Golden Rectangle. Every time there were fashion shows – whether it was the men’s or women’s – I would always go out with my camera and just try and take pictures. And it was amazing. I always used to try and gate crash fashion shows, which I often managed to do. You could just get in anywhere through blagging. I walked into Tom Ford’s first Gucci show – they just let me in because I spoke English, which was ridiculous. I just don’t think people knew who anybody was.

“The Versace shows always had the best guests. Milan was a rock and roll circus, and Versace was always at the top of it. I knew Tupac was in town and would be walking in the show, so I just waited outside to get his picture. And sure enough, afterwards, he came down the road – Via Gesù – with one bodyguard, wearing this incredible leather outfit. At the time, Tupac was famous in America but he wasn’t really famous in Italy. But some people just have an aura, they stand out from the crowd. Tupac was very sexy, very attractive: he was wearing this fierce Versace waistcoat with his tattoos and beautiful eyelashes. That’s what the aura was. I ran after him, and I got three shots.

“I developed them and noticed that, in one of the images, he looked very pensive. And it did make me wonder what he was thinking about. He’d just walked the show, and then he’d left. A few months later, he was dead.

“I didn’t really think anything of it at the time. I just archived the images. I sat on them. And then, of course, the Tupac legend grew and grew and grew over the years. And I thought I needed to do something with it, to show people, because he’s really revered by his fans. So I just decided to make it an NFT, just to put it out there and see what response I would get. And as soon as I put it up, it sold.

“The most interesting and moving thing about it all was the response that I got on Instagram. I just saw how much love the fans, and all these kids, had for him. Someone also reposted it with a really moving comment: ‘you think pictures are not important, wait until that’s all you have left of somebody’.

“I’m still on the street taking photos today. I don’t ask for permission. I’m scared sometimes that people will challenge me, but I just have to do it. It’s like an obsession. It’s bigger than me. If I see something that I want to record, I have to take a photo. And I think the Tupac image is a perfect example of that: if I hadn’t taken it, then that would be a shame because it’s a great image for Tupac fans, and for all the people who love him.”

You can see more of David McLean’s work on his Instagram, or view his NFT profile here.

See Also  2Pac Come C Me: Take a Picture with Me Only if We Exchanged Numbers 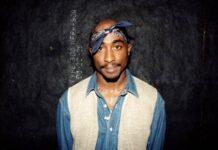 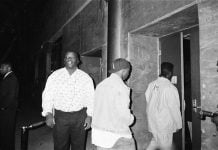 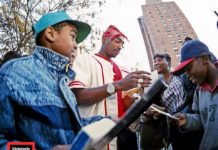 A Day With Tupac In Harlem, New York, 1994. The Story Of Photographer T. Eric Monroe 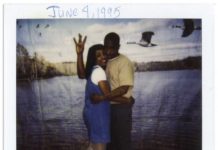 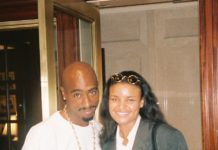