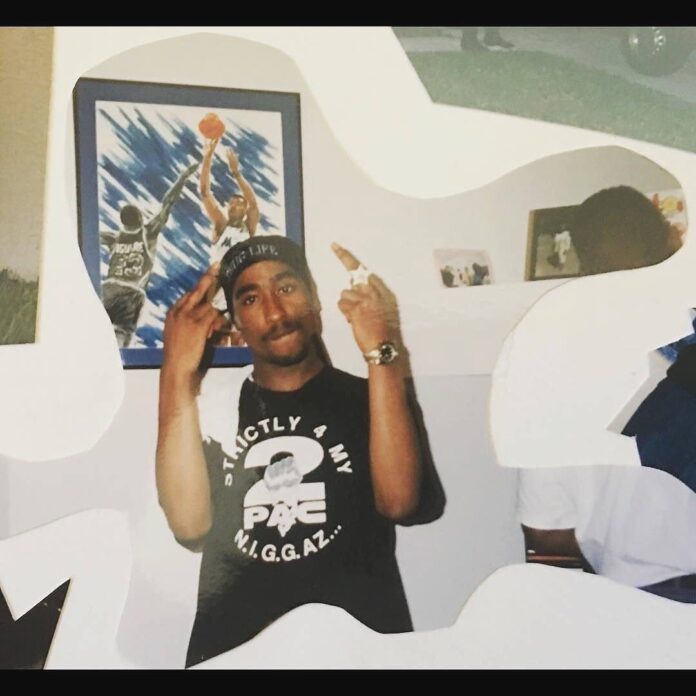 Rare video of Tupac took the Internet by storm

Tupac’s legacy lives well on into 2021 and people are still mad about the legendary rapper’s persona. Many Pac fans received a little treat just a few hours ago when a rare video of Tupac from June 1993 took the Internet by surprise. If you still haven’t witnessed the 30-second clip then you’ve come to the right place.

The video shows Tupac driving through town in a limousine with non-other than the famous rap trio The Lords of the Underground – Dupré “DoItAll” Kelly, Al’Terik “Mr. Funke” Wardrick, and Bruce A. “DJ Lord Jazz” Colston, Hafiz-Farid (from the Lord’s entourage), Martina Gorham (not a famous female). The atmosphere definitely looks quite upbeat. Although we don’t know where the gang was headed to, we do know that the year is June 1993 and that exact year might ring quite a few bells in the minds of some of you basketball fans.

Tupac and the Lords had just come away from watching the Phoenix Suns – Chicago Bulls game from the NBA Finals, although we can’t say for sure whether the video was shot in the aftermath of game 6 of the titanic clash, which saw the Bulls come away as defending champions, completing the “Three-peat”. We’ll leave that to you guys to figure out.

As it turns out, Tupac and the Lords were previously watching the game at the house of Orlando Magic legend Dennis Scott and according to reports the basketball legend and the boys thought it was the perfect time for a massive party. Photos from that night showcase that the event didn’t go ahead without some female participation. In the pictures, we can see the faces of not celebrities Martina Gorham and Zoe Lezcano. It must’ve been hard to resist going for a party at a basketball legend’s house, accompanied by some of rap’s greatest entertainers.

One of the members of the Lords of Underground – Bruce Colston, took to Instagram to address the matter and promised that he’d be releasing a documentary film about that night where more exclusive footage from the events will be shown. Not a bad plan to keep Pac fans on their toes and ready to bite once the film is released.

Fair to say that both Tupac and the Lords did always have a warm relationship. The rap legend honored the trio a year later, in 1994, by coming to the ”Keepers of the Funk” album release party at Country Club in Manhattan, New York. You can dive into the atmosphere of the event in the following video, it’s worth it.