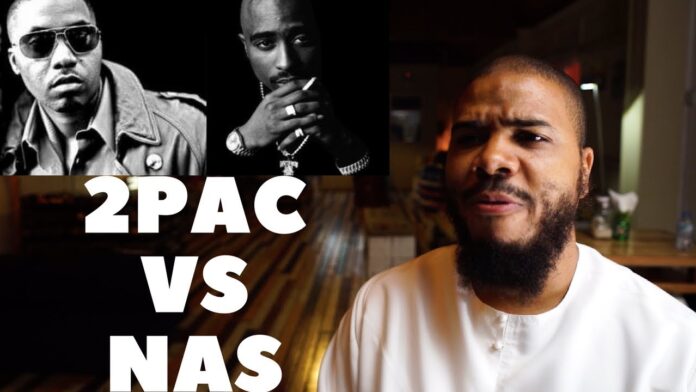 In a recent phone call with the popular YouTube channel “The Art Of Dialogue” The Outlawz former member Napoleon shared some light over the night Tupac and Nas met in New York back in 1996, days before Pac’s tragic death.

In the interview, Napoleon also speaks about the creating of “Makaveli – The Don Killuminati: The 7 Day Theory” album and how Tupac finished it just in 5 or 6 days.

With a short conversation on the phone, Napoleon addressed the day Tupac met Nas in New York City, 1996, which was the first time Pac visited NYC after being shot and later released from prison.

“He (2Pac) was a little…very cautiously, you know what I mean…people was giving him a lot of love. My homies from Jersey, my brothers, my cousins, Kadafi and the boys, it was a lot of us. Also, we had the Death Row homies, L.A. homies, Suge’s security guards with guns.” Napoleon said revealing the details about how they moved in at the MTV awards where Pac and Nas met.

“Nas and Pac spoke like two generals, you know what I mean, they chopped it up, they shook hands and Pac was like “Look when I go back to LA, I got a song dissing I’m gonna remove,” Napoleon said to the host.

“It could have been a bloodbath everybody was strapped, but they spoke like this and they shook hands” – the Outlaw said.

At the end of the interview, the host shoots the question of how Tupac felt when heard Snoop Dogg calling Biggie and Puff Daddy his homeboys.

“Man, it hurt Pac,” Napoleon said, bringing back facts that at that time Snoop was dissing Biggie and Puffy too.

Check out the full interview here: