My life in exchange for yours, born hated as a thug
House full of babies cryin’ from a lack of gettin’ love
Ain’t nobody tell me shit, ’til I got a sack of drugs
Had the block sewn up, cause I learned to pack a gun, do you feel me?
World do you hear me? Catch a risin’ star
Fuck the love, niggas fear me
Got these niggas runnin all wild from my double-R
When we ride motherfuckers is sho’ to die
Boom once I enter the room, in the air
All you hear is the whispers of doom, niggas scared
They don’t wanna see me head on..
Think of all the busters that I had to leave dead and gone
Call a gravedigga, fuckin’ with a made nigga, M.O.B
Gunfire gettin sprayed quicker..
Fuck ’em all let em understand my plot to get richer
Much more than six figures, a motherfuckin made nigga

(Can you feel me?)
A motherfuckin made nigga..
I got a plot to get richer, take my picture
A made nigga

[Napoleon]
Nigga I was raised on the streets, I had to hustle just to eat
My role model was killin niggas so I know, I would never be weak
They got me sittin wonderin, where my life begins
These niggas crossed my father den my father crossed them
Cause I roll with Immortal Thug niggas
And my number one plan to kill a man to grab a needle and drug niggas
Niggas don’t like us because they bitches straight love us
The President told us to leave, cause the government don’t want us
It’s Napolean, I get my pleasure out of sin
And seein blood spill ain’t shit cause I seen it at the beginnin
A made nigga

[Hussein Fatal]
How many niggas fall in ya vision?
Gunnin ’em down for every last minute that I spent in prison
We mash together, plus we get cash together
Blast whenever knowin it don’t last forever
It’s only one way out and one way in
Motherfuckers cross and get crossed out, never made men
We find excuses to loot, cock, and shoot
Blow the roof off them groups like Mahmoud Rauf
I can’t be touched cause of the weapons I clutch
And the niggas that I’m under, is just too much
We made niggas

[E.D.I. Amin]
Picture the scenery cause for now you gon’ have to imagine
Call me a prophet cause I predicted what’s gon’ happen
I began the paper, stackin at those
Who be paper snatchin, will emerge like crack in the 80’s
Fade me?, maybe, that’s if I slip
But I became official since the start of this, Edi Amin
Born July, 7th a few shed eyes
Precious but others gave me they hate, to cherish
But still I made it, a made nigga made by the game
Made for war, my aim is simple and plain
Yeah whether it’s ‘caine, or these tracks made for your brain
You’ll forever know my name, Edi a made nigga

[Kastro]
I ain’t count the line, my strap, not head
There will be none of that
The young hog, K-Dog playin Outlaw Immortal combat
With the criminal skill, they cannot beat me a nigga
Til he still and chill, recognize the real dea
LFeel – a nigga made when I was young and dumb
With a gun but it pays so I’m bustin for fun
And the outcome will be the same every time
We all gon’ die, get yours cause I’mma get mine

[Kadafi]
Tha Outlawz, we be the Don Juan’s of this rough shit
Rhymes baptize your mind while paralyze the public
With my mentality of war, dead bodies and silence give it to ya raw
Thug nigga to the core
The results of livin poor, got me thinkin on a made level
Shootin my gauge to get paid, a fuckin crazed devil
Mash shit from here to there day by day, year to year
Made niggas on ya motherfuckin tear, I’m a made nigga

[2Pac]
Ha ha ha.. call me a Bad Boy killer murder motherfuckers daily
Know the feds trail me, so my alias Makaveli
Gettin’ lessons from niggas in penitentiaries
Game, when applied help me survive several centuries
Lock me in a cage I’ll display my rage
Surround the court building with the gauge and spray
They wonder if I’ll go when I’m finally sentenced
On my knees to God, beggin for repentence
I’m so convinced, that I’m a thug
They got me fiendin’ for my cash like a fiend when he dreams of drugs
Diss Kidada and I’ll kidnap your daughter
Kill your wife and hit the funeral and tell you just who gave the order
Makaveli the Don, til I’m gone, I maintain
My army of lunatics that stay armed
Til the day I die, I’ll be remembered as a paid nigga
Outlaw to the grave, a motherfuckin made nigga

[2Pac]
Can you feel me? Come closer, ha ha ha
Get into the mind of a made niggaI can’t be touched
My adversaries, get fucked, feel me?
Multimillionaire dreams, all I want is the C.R.E.A.M
I sell my shit to the fiends, all the bitches scream
Come and see, to see a made nigga
The Outlawz.. Makaveli The Don
Hussein Fatal, Edi Amin, Kastro, Napolean, Kadafi..
Mussolini, M.O.B. I send this out to my niggas on the streets
The motherfuckin made Niggas
All my niggas on Death Row, Tha Dogg Pound
Tha Doggfather, and all his niggas
You know what time it is, Daz Dillinger
Kurupt, Young Gotti..(Hahaha, Westside made niggas BEOTCH!!) 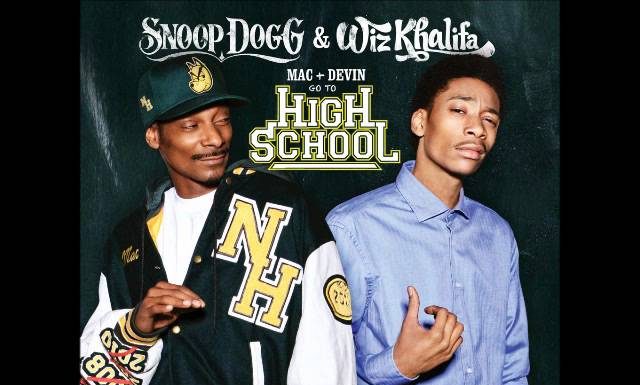 Snoop Dogg – I Get Lifted

Snoop Dogg – Da Game Is to Be Sold, Not to Be Told (Official Album)

2Pac – “When Thugz Cry” Was Sampled Of Fragile” by Sting