How Much and What Kind of Weed Did 2Pac Smoke Every Day?

“High ‘til I die, locked until they smoke me, the s**t don’t stop until my casket drop.”

A little bit about Tupac’s background

How did Tupac and Snoop Dogg become friends?

What weed was Tupac smoking?

How much weed did Tupac smoke?

Are you enjoying a blunt with buds grown from high yield cannabis seeds while jamming to “Wanted Dead or Alive?” This five-minute read is right up your alley. Learn more about the relationship between Tupac and Snoop Dogg and Makaveli’s personal smoking habits.

Tupac Amaru Shakur is among the most influential rappers. One of the many things he hoped to change was how the world saw cannabis. As his famous quote goes, “Stop killing each other, man. Let’s just smoke a blunt.”

A little bit about Tupac’s background

2Pac was brought up by parents who were members of the Black Panther Party. Their influence inspired him to seek the truth and share it in his music.

Tupac had been smoking weed for most of his life and believed it was a peaceful herb. He was familiar with weed and alcohol, as he said that getting high and drinking was a typical thing he saw growing up.

Below are some of the rapper’s best lyrics about the herb.

This gem is taken from the hit track “Ratha Be Ya Nigga N-I-G-G-A” The chorus is a real lady killer where Pac talks about wanting to be the thug in a special female’s life:

“I’d rather be ya N-I-G-G-A So we can get drunk and smoke weed all day. It don’t matter if you lonely baby.”

Here’s another banger from the jam “High ‘Til I Die.” Nothing is more gangster than this line; it speaks of Pac’s dedication to the herb. It also delivers a secret message that makes fans think he knew what was coming:

“High ‘til I die, locked until they smoke me, the s**t don’t stop until my casket drop.”

How did Tupac and Snoop Dogg become friends?

Tupac and Snoop Dogg became friends when they both went to the wrap party for the hit movie Poetic Justice. Pac starred in it alongside talented actresses Janet Jackson and Regina King. The two superstar rappers came into contact, and a freestyle rap battle erupted.

Their entourages weren’t getting along until they went outside for a smoke session. At first, there was tension between the two groups until Snoop passed Pac a joint.

One of their greatest friendship milestones was when Pac came to Snoop’s rescue on an episode of Saturday Night Live.

Since it was Pac who gave Snoop Dogg his first blunt, the pair became tight smoking pals. Snoop needed some green, and it wasn’t easy to come by in New York at that time.

He called Pac, who said he’d be on his way. Pac came to Snoop’s rescue with a bag of weed (oh, and he also had Hollywood hottie, Madonna, on his arm).

Snoop isn’t the only celebrity Pac wanted to puff with. He also tried to light one up with former pro boxer Mike Tyson. At the time, Tyson couldn’t risk being spotted with a blunt, but now he says never taking the opportunity to smoke with Pac is his biggest regret.

What weed was Tupac smoking?

Nobody can say for sure what Tupac was smoking, but indicas were very popular at the time. This weed type was mentioned in many rap songs of the 90s.

In the hit track “Gin And Juice,” Snoop says, “Rollin’ down the street, smokin’ indo, sippin’ on gin and juice.” Popular strains of the time included OG Kush, Buddha, and Sour Diesel.

There’s a cultivar known as Tupac OG with the following attributes:

How much weed did Tupac smoke?

Rappers couldn’t speak about their favorite cultivars or daily consumption amounts at the time. It wasn’t as easy to purchase marijuana seeds in Florida or any other state. If you look at Pac’s blunts, it’s clear he smoked a significant amount of weed.

Most blunts have approximately 1.5–2 grams of bud. A few of those a day would equal an amount many would run from.

Is it true that The Outlawz smoked Tupac’s ashes?

In “Black Jesus,” Tupac said, “Last wishes, n*****s smoke my ashes.” And that they did. After Pac lost his life in a 1996 Las Vegas shooting, his group The Outlawz took his lyrics to heart.

They sprinkled some of his ashes onto a blunt and smoked it up. Pac loved many things, including chicken wings, bandanas, and orange soda. The crew also put a few of these items into the ocean with some of his remains.

However, the gang didn’t just smoke his ashes because of the lyrics. In one of their puff sessions, Tupac mentioned that he would want them to do it. He said that, in a way, they’d always be a part of each other.

Mike Tyson Told Another Story When 2Pac Visited Him In Prison 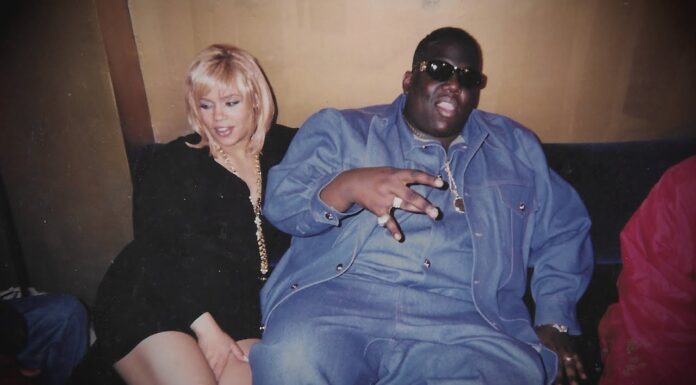 B.I.G.’s Mom and Faith Evans Angry at a New Documentary Airing on Lifetime

Nate Dogg – ”Me And My Homies” ft. 2Pac, Nanci Fletcher Talk About Story