Throughout the history of mankind, it has been a relatively common sight for large groups of society to use certain clothing as a way to showcase discontent and strive for change. This is a description that is as broad as possible since this was a common sight for groups like farmers, workers, sailors, and even rap bands. Clothing with similar colors and models is a way of showing that you’re part of this social phenomenon and that you share the values.

It’s no wonder, in that sense, that bandanas have turned into a very distinctive cultural piece of clothing, related to the desire for massive political, economical, and social changes. Rap icon Tupac Shakur will always be remembered and distinguished for his rebel-like fashion style, including his legendary bandanas. Before we speak in-depth about the rapper and his “relationship” with this clothing article, however, we’ll take a look at some interesting facts about bandanas from history.

Many will argue exactly where and when the bandana originates from. That’s not a mystery that will be able to solve, but most of the evidence points toward the Middle East and South Asia as the places where this piece of clothing first became known to man. Kashmir in India seems like the most likely birthplace of the bandana. Others suggest that the item was first attested in Western Europe in the 19th century – Scotland, to be more precise. Regardless, the bandana was originally used to protect the eyes and face from dust.

Soon afterward, however, the bandana would morph into a key symbol in the social fight for more rights and a better life. At least that’s what history would suggest when we look at some of the ethnic and social groups, who have worn and still wear this type of headgear. In the next few lines you’ll get acquainted with some interesting facts about the most relevant uses of the bandana when it comes to historic social movements:

The American Revolution with a bandana

Yes, you certainly read that one right. It turns out that the wife of George Washington – a Continental Army General at the time, had a souvenir bandana for herself. The bandana was designed by printmaker John Hewson, who would paint Washington on a horse, with cannons and different weaponry at his side, fighting the British. Who says clothing and history have nothing in common?

Bandanas for the working class heroes

1921 was a year of unrest among the working-class people in the field of mining. It was a massive march in the fight for equal rights and better work conditions and the leading symbol, which united the 10 thousand armed workers was the red bandana. If you’re wondering if you’ve ever heard about it, then we’ll simply add that the people, who took part in the stand-up were named “rednecks”. One of the most generic terms in the modern language came to life thanks to the bandanas.

Finally, we come down to the main topic of this article – the role of bandanas in the world of hip-hop music and the battle against racism in the USA. Many of the most popular rap groups of the 90s tried to distinguish themselves and build up an identity by using different colored bandanas. This especially applies to the groups in LA. As we’ll see, Tupac was also very fond of this piece of clothing, which isn’t surprising when we take into consideration his reputation as a rebel and fighter for black people’s rights.

What color were the groups’ bandanas?

As I mentioned in the previous paragraph, two of LA’s most famous rap groups at the time were Bloods and Crisp. Both had a huge rivalry, which was very well showcased by the attire they would wear. Part of the outfit was the signature bandana of each group. Whilst the Bloods members would wear exclusively red, Crisp relied on blue. This seems very fitting, since these colors are traditional rivals throughout history, regardless of the field we’re speaking about.

Most would probably go ahead and ask where does Pac stand in all of this? Actually, none at all. Shakur was never a member of either of the groups but enjoyed close ties with Bloods since Suge Knight was a member at the time. The legendary rapper would never allow his own style to be affected, however.

Pac’s love for bandanas and his message

As you well know, Pac’s public image was more or less inseparable from the trademark bandanas he would tie around his head. The singer himself would use this clothing to show what he thought about a society that he was trying to change through his idealogy. The bandana is commonly known as a rebellious symbol and Pac wanted to get precisely that message across – I’m not here to obey the rules of a world, filled with hate – I’m here to change all that. The bandanas were just one way of creating his image and they assisted him to forge an identity, which would allow him to take center stage as a social activist and a fighter for black rights.

What color were Pac’s bandanas?

You’ll most commonly see photos of Shakur sporting a red or blue bandana. Of course, seeing as the city was divided by the Bloods and Crisp groups, the rapper had to adapt if he wanted to stay away from the action. Those weren’t the only colors he wore, however, far from it. The signature white bandana was probably the one, which was able to mirror his social messages the best. White is a traditional symbol of peace and harmony and that is what the artist was trying to showcase through his work and style. Naturally, Pac would also occasionally use the black bandana for more authority.

As you see, Shakur was a man of many colors, many emotions, and many bandanas. He would never wear this piece of clothing for just the sake of it, however. It became an integral part of his style, one speaks about his goals and social views louder than almost anything else. 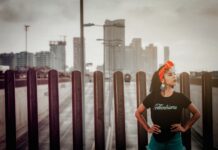 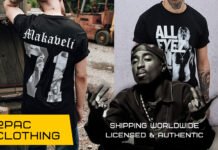 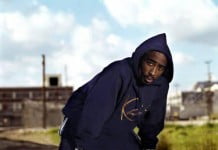