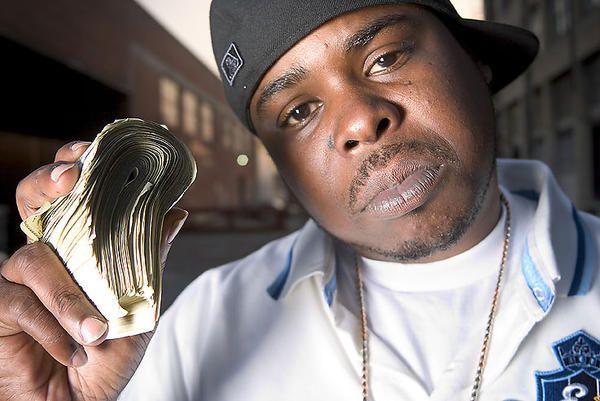 C-Bo Talks About Working with Tupac

Shawn Thomas (born January 14, 1972), better known by his stage name C-Bo, is an American rapper. From Sacramento, California, he is currently signed to West Coast Mafia Records. He was one of the first rappers to be jailed due to his lyrical content.

One collaboration in particular by the artist would give him his biggest exposure ever. In 1995 (October 22-28)  he worked with Tupac on the album ”All Eyez On Me” (on the two songs “Ain’t Hard To Find” and “Tradin War Stories“) which would sell over 10 million copies in the US alone and to this day is considered by many critics and fans alike to be one of the greatest rap albums of all time. They recorded third song, but unleaked yet.

C-Bo was interviewed in the latest Murder Dog and spoke about Tupac and tracks they worked on together, two of which have not been released yet.

You co-wrote and rapped on two songs on 2Pac’s 1996 album All Eyez On Me–”War Stories” and “Ain’t Hard To Find.” The album went nine times platinum. How did those collaborations come about?

C-Bo: Pac had been listenin’ to my stuff. He was up in the Bay for a while, he knew E-40 and you know, that’s my cousin. He had called my manager and they said he wanted me to come through and get on there. So when I pulled up, he got up to the car and gave me so much love like he was my brother. He said he’d been listening to every one of my albums since Gas Chamber.

What did that mean to you, coming from 2Pac?

C-Bo: It gave me a little validation for the things that I thought that I was, coming from him at the time. And this was really before he took off. He was already out there, but this was before All Eyez On Me came out. He could relate to my shit. Like I said, if you’re a street person or any person from a ghetto–whether you’re a Crip or a Blood or whatever–you can definitely relate to my music. Pac understood where I was comin’ from and he really appreciated it. He showed me love. Actually, we did more songs than that. Suge needs to come over and give me them songs! We did about four total. I haven’t heard the other two.

Dubcnn.com chopped it up with C-Bo just 3 days before he went back to prison for a 14 month sentence (March 2004). He spoke about his upcoming solo album, The Thuglordz album, how 2Pac just reached out to him from the sky, his ties with Bangem Smurf, the true reason why he dissed 50 Cent and so much more. source: dubcnn.com

Dubcnn: You have any favourite memory with 2pac?

C-Bo: Aw yea for sure my nigga Pac snatched me mayn. You know he just came up out the sky and snatched me man you know *laughs* without me even knowing Pac he just came and was like hey Im feeling you man I want you to fuck wid me rap on my shit. You know Pac is the only nigga that has really done anything for me just reached out without it having to happen you know what I mean. All respects to this rapgame and everything all this Thugshit go to Pac mayn fuck the rest of these niggaz mayn.

Dubcnn: How many songs did you record with 2pac?

Dubcnn: Are you gonna release any the..do you have any of the other songs?

C-Bo: Na man could nobody find them..prolly Suge Knight got them or I don’t know where they at.
You know ain’t no telling Daz probably got them Pac mom probably got them. It could be anywhere… WHOEVER GOT THEM THEY BETTER COME HOLLER AT THE LOCO put that in the muthafucka..

C-Bo: Yea Ima buy that muthafucka Im coming for it!

Dr. Dre, Snoop Dogg, and Tupac are back on cassettes! Pre-Order...