Legendary Hip Hop artist Ice-T can be seen with Ice Cube and Tupac Shakur in this rare exclusive video!

Retweeted from DJ First Class by Ice-T as part of throw back Thursday, the 1993 footage highlights Ice Cube and Ice-T listening to their song ‘The Looters’.

Featured on the movie soundtrack for the 1992 film ‘Trespass’, the song was originally titled ‘The Looters’. Ultimately the song was scraped and was never released, later replaced by the song titled ‘Trespass’ also performed by Ice cube and Ice-T.

“Five n*s on the roof with the proof / And one went out / White boy wanna know what it’s all about / Back in St. Louis / Down with King James so everybody knew us / Who that wanna do us? – GOOSE!! / The first motherfer done went loose / Catch him on the roof, got my news from my Deuce Deuce / Savon, can’t be clowned,” raps Ice Cube on ‘Looters’.

More rare footage from this particular day was released back in September of 2019 by YouTube user Kendricks news and Entertainment. From Tupac clowning in the studio, interviewed, and also seen interacting with Ice-T and Cube. The footage is not the best of quality, but Hip Hop heads can appreciate whenever leaks such as this one occur.

As a side note, Ice Cube and Ice-T were both featured on Tupac’s second studio album ‘Strictly 4 My N.I.G.G.A.Z.’ on the song ‘Last Wordz’.

Throwback:Super Rare… Me @icecube and 2Pac in the studio… https://t.co/afHyVtxGT5

In response to Ice-T’s retweet, Ice Cube replied with, “I believe that was at Paramount Studios. Sir Jinx use to love to work there. A lot of Kill At Will & Death Certificate was done there. Same room.”

Throwback:Super Rare… Me @icecube and 2Pac in the studio… https://t.co/afHyVtxGT5 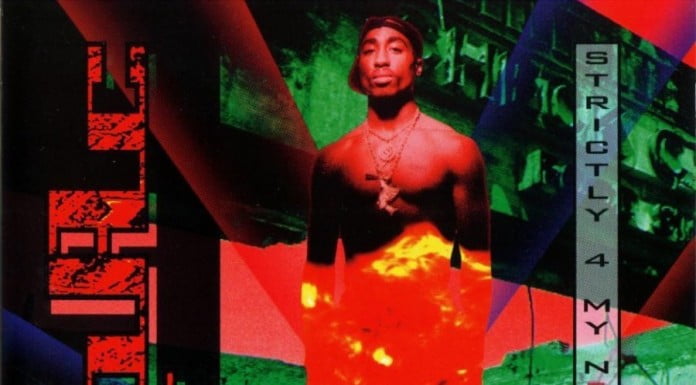