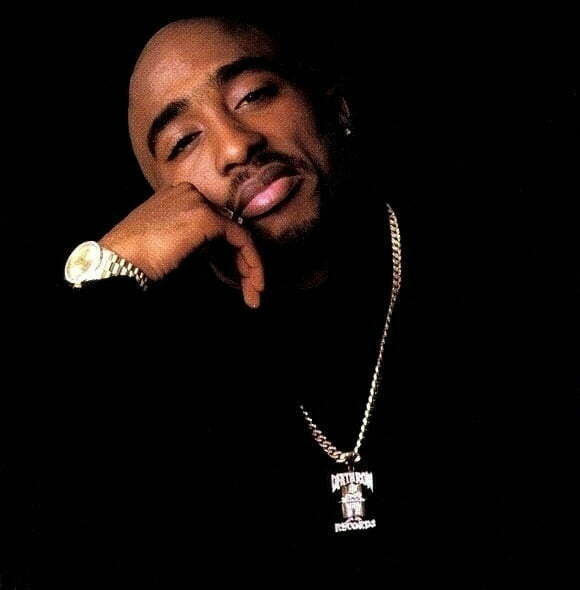 On October 14, 1995, Tupac gets his Death Row Records medallion from Suge Knight while in the studio recording “All Eyez On Me“.

The Making Of “All Eyez On Me” Song

Johnny J: ”That was the very first track I laid when we got together at death row. When he just got out of jail, just got released, two days later he’s like “J get to the studio, i’m with Death Row now.” I assumed it was a joke, somebody perpetrating 2pac. I’m like “Hell no-‘Pac is locked up!” He’s like “J, i’m out” I walk in, 15 minutes into the session, the first beat I put in the drum machine is “All Eyez On Me” I wasn’t going to show him the track, honestly. I was like, “This track? Nah, it’s not finished. It’s imcomplete.” My wife says, “Hey, it’s a dope beat!” So I just pop it in, Titles just come right off his fuckin’ head.”

Big Syke: ” ‘Pac was going on the pac of, “If you don’t have no lyrics by the time I finish doing this first verse, your ass ain’t on the song.” He’d finish it. It was a test anytime he picked up the pen. It was like, “Nigga, on your mark, get set, go. And you better have some cutting shit.”