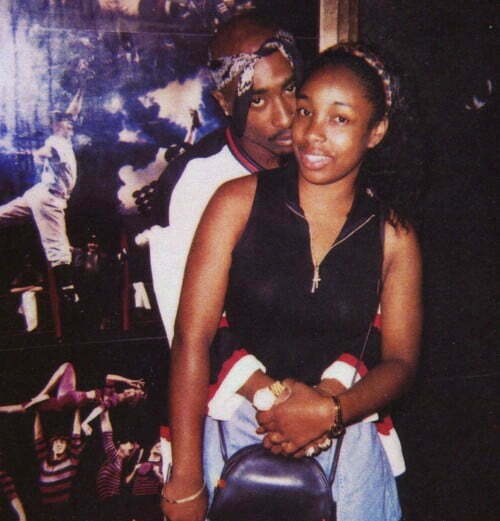 Love is not enough: Keisha Morris on how she met Tupac.

I first met him in June of 1994. We were both at a club (the old Chippendale’s club, now called the “Capitolin New York.”) It was a Father’s Day dance. A lot of people were there. I saw Wesley Snipes, Pac–it was a really nice vibe. I saw Tupac and when I saw him I was with my girlfriend, Jamie, and I told her, “Hold my bag. I’m going to dance with Tupac.”

How did you know you were going to dance with Tupac?

Wait a minute. How did you ask him to dance?

Oh I just grabbed him and said, “Come on let’s go!” [Laughing] We were dancing and he was singing the words to “C.R.E.A.M.” and I told him, “That’s not your song. Why are you singing that?” He was laughing and then another woman came over. She was trying to get his attention and everything, so I just walked away. I saw him after everyone was partying later on that night and I explained to him, “You have supporters out here, you know. I know you’re going through a difficult time and I wish everything well. I feel you were put in a bad situation.”