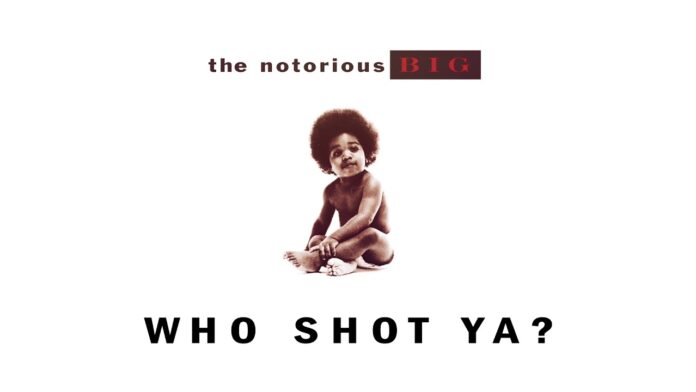 Notorious B.I.G’s “Who Shot Ya?” Tupac Diss Or Not?

Notorious B.I.G’s “Who Shot Ya?” Tupac Diss Or Not?

There is still a question that maintains high curiosity among the fans of rap music. Aside from the unsolved murder cases of the tragic deaths of Tupac Shakur and Notorious B.I.G. another sensitive topic is on the radar.

Is the Biggie Smalls track “Who Shot Ya?” a Tupac diss or no?

Let’s take a short walk through the biggest East Coast – West Coast feud’s history. “Who Shot Ya?” was released back in 1995 as a B-Side to another classic from Biggie, “Big Poppa”. Just a few months after Pac was shot five times in the Quad Studio, Manhattan.

Make the long story short, on Wednesday, November 30, 1994, Tupac Shakur was ambushed and shot inside the lobby of a recording studio in Manhattan’s Times Square. Tupac’s team of criminal attorneys had been in New York with Tupac awaiting a verdict on sexual-assault charges against the rapper. Tupac’s attorneys afterward said the shooting “looks like a setup and smells like a setup.” Later, Tupac publicly blamed Biggie Smalls, who was upstairs in a recording session at the time, in helping to set up the attack.

When the song dropped, Tupac was incarcerated in Rikers Island jail after having been found guilty of sexual abuse. He was hurt and suspicious; he already wondered if Biggie and Puffy knew who’d attacked him—or if they might have been involved.
Now Biggie was putting out a song called “Who Shot Ya?” in which he cast himself as a gunman.

So was it really directed at Tupac?

According to the “Who Shot Ya?” collaborator Myrick, NO.
“We have no reason, no motive, at all, to have set Pac up. What’s the motive? What’s the issue? It’s no issue. So, nah,” he said.
When Tupac was being carried out of Quad Studios on a stretcher, he’d stuck up his middle finger. Biggie and his crew thought that gesture was directed at him. Tupac thought that maybe “Who Shot Ya?” was Biggie’s response.

Tupac told Vibe magazine that he was still in pain from the injuries he’d suffered in the Quad shooting and that he was having nightmares. The message was clear: What he’d been through wasn’t a performance, as he’d been accused of. It was real.

But people who read the Vibe story didn’t focus on Tupac’s personal torment. They seized on what Tupac said about the ambush at Quad Studios. Tupac told Powell that Biggie and Puffy might have had something to do with it.

Tupac described the night in vivid detail: the army fatigues his assailants wore, which made him think they were Biggie’s security guys. The way they kicked and stomped on him as though they were mad at him. How Puffy wouldn’t come near him afterward.

Vibe reached out to Puffy and Biggie for comment, but they declined to respond. According to longtime friend Chico Del Vec, Biggie wasn’t happy.

“He was upset because he like, yo, he was being accused of something he ain’t do,” Del Vec said. “Big was like, ‘You know what? This dude is not coming clean with us about anything. So what I’mma do is just stay away from it.’ … And Puff is like, ‘Yo, you know what? Let’s just do this music, man, and stay focused.’ ”

It became increasingly hard to focus on music, though. The whispers about Biggie and Puffy’s involvement in Tupac’s shooting never went away. And “Who Shot Ya?” clouded the picture. Biggie and Puffy decided that they needed to defend themselves.

In the August 1995 issue of Vibe, Biggie said he wasn’t involved in the Quad shooting and that “Who Shot Ya?” wasn’t about Tupac.

He also told Vibe that the next time he saw Tupac, he wanted an apology. Puffy said that Tupac “got a lot of people in a lot of bullshit with that interview.”
But this back-and-forth wasn’t just about Biggie, Puffy, and Tupac. A personal beef was quickly turning into a regional one.

So diss or not, the track contributed in some small part for the making of the best diss track of all times – “Hit ‘Em Up”.

Tupac’s next tune was as unequivocal as responses come. “Hit ‘Em Up”, with its lyrics, “Biggie, remember when I used to let you sleep on the couch? 5 shots couldn’t drop me: I took it and smiled. Now I’m back to set the record straight. With my AK, I’m still the thug that you love to hate and we bust on Bad Boys, niggas fucked for life”, are pretty unguarded as to Tupac’s feelings – and even, perhaps his intentions.