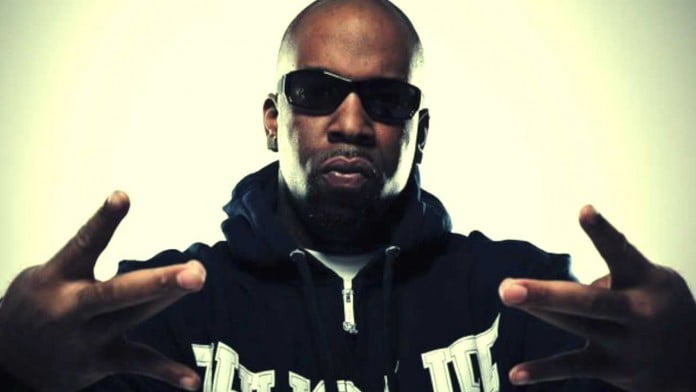 Rufus Cooper III better know as Young Noble was born in Sierra Madre, California on March 31, 1978. Noble grew up with his mother Ellene, his twin sister, Keisha, and his brother, Shawn Furr. His mother was on drugs for the first 15 years of his life and his father, Rufus L. Cooper II, wasn’t there for him. They lived in Altadena, California until his brother got into trouble with the law and was forced to leave the state. The whole family, besides Keisha, moved to Montclair, New Jersey. Cooper attended Hill Side Elementary where he received Good Student Awards. Then he attended Glen Field Middle School where he discovered his love for basketball.

Although he was doing good in school, he had friends in the dope game who he saw making a lot of money. He saw this is a way to provide himself and his mother who couldn’t provide him with things other children had. He asked his mother for permission and then started selling drugs. His choice got him into a lot of trouble, both in – and outside of school. His mother sent him back to his father in California. It didn’t work out and after two months his mother’s boyfriend, Greg Brown, helped him to get a plane ticket back to New Jersey. He once again attended to school while selling drugs on the side.

Cooper earned a starting point guard position in the basketball team Freshmen Squad. But near the first game he was told that couldn’t play because of the no pass, no play rule. He was disappointed and gave up school and started selling drugs on full time. He was regularly harassed by the police and in and out of the juvenile hall. At age 15, he decided to turn his life around after he had a vision from God who told him that he would either end up dead or in prison.

Noble asked his sister if he could move in with her, but she was pregnant and living with her baby’s father who she didn’t want to leave. She graduated high school and then agreed to let him move in with her. He bought himself a plane ticket to Rancho Cucamonga, California and lived with Keisha who helped him get back in school. He started rapping under the alias Young Noble. After living with Keisha for over a year, he received a phone call from Bruce “Fatal” Washington and Yafeu “Kadafi” Fula, two of his friends from New Jersey. They said they were in Los Angeles, California with rapper Tupac Amaru Shakur who had just been released from prison.

The next day, Noble visited Fatal and Kadafi who were working on Tupac’s upcoming double LP, All Eyez On Me. He began to regularly visit them. He went to school during the week and visited them on the weekends. After Tupac heard him rap, he asked him to join their group, the Outlawz. There was a catch, though. He couldn’t go to school and rap at the same time. So Tupac gave him an ultimatum, either finish school or move to Los Angeles and become a star. He decided to move to Los Angeles and join the group.

On September 7, 1996, Tupac was shot four times in a drive-by-shooting in Las Vegas, Nevada. He was taken to University Medical Center where he died a week later. Young Noble and the rest of the Outlawz moved back to New Jersey. On November 5, Tupac’s LP, The Don Killuminati: The 7 Day Theory, was released. Noble guest appeared on four songs, “Bomb First (My Second Reply),” “Hail Mary,” “Life Of An Outlaw” and “Just Like Daddy.” “Hail Mary” was the third single and video. Death Row Records who released the LP didn’t credit the Outlawz for guest appearing on it and cut them out of the video. On November 10, after visiting his girlfriend, Kadafi was shot. He was found by the police in a third floor hallway of an apartment building in Irvington, New Jersey. He was taken to University Hospital where he died on the afternoon.

Noble and the rest of the Outlawz besides Fatal moved back to California and signed with Death Row Records in March, 1997 although Tupac had told them not to. On December 21, 1999, the Outlawz’s debut album, Still I Rise, was finally released. In 1999, Noble, E.D.I., Kastro and Napoleon started Outlaw Recordz and released their second and third LPs, Ride Wit Us Or Collide Wit Us and Novakane, on November 7, 2000 and November 6, 2001. Noble is looking forward to act in films and direct his first video. He’s working on his solo album, Noble Justice, which is named after his son and due out this year.