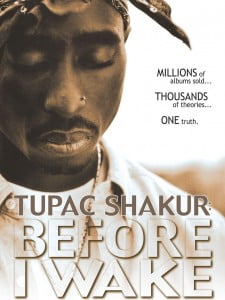 This documentary chronicles the story of hip-hop artist Tupac Shakur, who enjoyed great popularity and notoriety until his short life ended in violence. The inside story of the last year of the singer’s life is told by his bodyguard Frank Alexander. The viewer learns about the world Shakur inhabited and the events that culminated in his murder. The L.A. police detective who investigated the case gives his point of view. The president of Shakur’s recording company, Death Row Records, shares his insights about the young artist. There are clips from several of Shakur’s recording sessions, including that for the hit song “Until the End of Time

Murder Rap – Inside the Biggie and Tupac Murders (Movie)

Tupac & Humpty Hump Funny Moments at ”Pump It Up” TV...