Remembering Makaveli is a series of 3 DVDs with unseen Tupac footage as of the release date (2006), sold on the hiphoponline.net site, by two of the famous bootleggers Dante Benz and K. Litt.

''Remembering Makaveli'' volume 3, the final chapter in the three-disc series of DVD video highlighting unseen and memorable captured moments of 2Pac's life, contains over two hours of footage, all of which is exciting to see.

The first hour consists of 2Pac's birthday on June 16, 1996. In a mock-documentary style coverage, meet 2Pac's mother, Yaki's mother, each Outlaw, 2Pac's sister, and several other members of his entourage (including the singer of Borrowed Times). The viewer also is treated to a tour of 2Pac's mansion and, as the day progresses on, cameras meet up with 2Pac, Kurupt, Danny Boy, and the Outlawz at the studio. Footage shows the steps in creating an instrumental and the writing of verses to the beat (among partying and lots of drinking and smoking).

In addition to the main feature, several rare and previously unseen 2Pac interviews are included. 2Pac speaks on Gridlock'd at length in a rare uncut interview that was later chopped up into 20 second sound bytes for broadcast airing. Hear him discuss the dual roles he takes on as an actor and a musician and the challenges of working alongside extremely talented people. This interview is followed by several others, in which 2Pac discusses his signing to Death Row, the demonization of his image in the media, the sexual assault case against him, working with his role models, and so much more.

This volume focuses on 2Pac telling us about 2Pac, so it features a great deal of footage of him talking directly to the viewer and telling us how he came to be the man he was. As with volumes one and two, volume three includes special bonus audio that remains unleaked. This time we are revealing one of the four tracks included as bonus... Letter 2 My Unborn (Original Version) will finally see the light of day! No audio is tagged or otherwise altered. Bonus audio is intended to keep the excitement of the project up - but remember that the video is a rare and unseen glimpse into Pac's life. 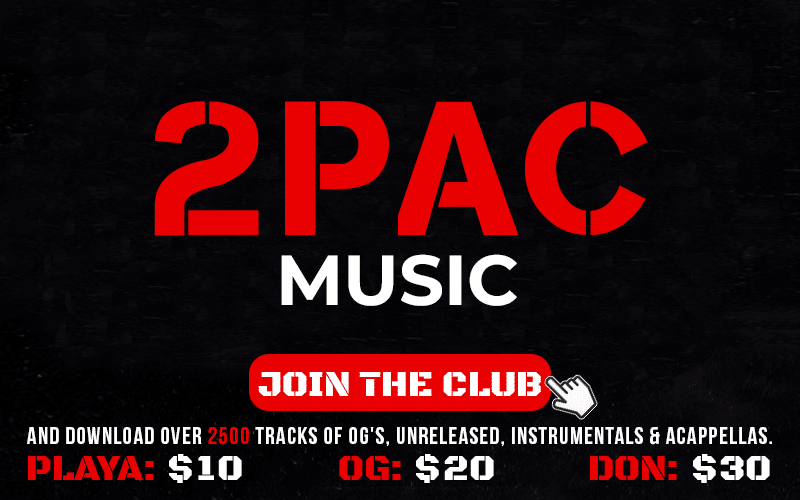 Brenda – A Short Film Inspired by 2Pac’s Brenda’s Got A...