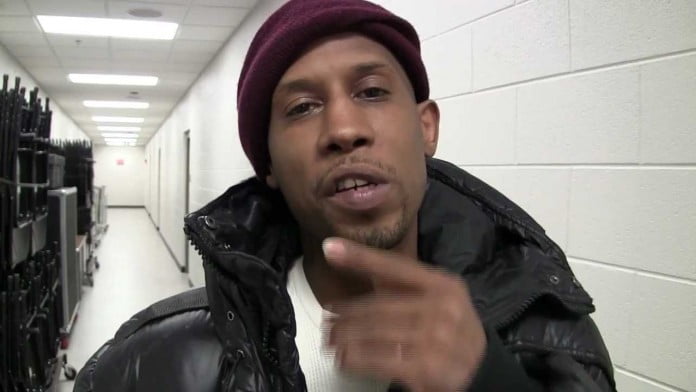 He grew up with his mother, brother and four sisters. After hearing rappers KRS-One and MC Shan lyrically battle on 98.7 KISS FM he discovered what it was he wanted be, a rapper. He started freestyling and entering local talent shows, but at the same time he started getting into criminal activities including dealing cocaine. He joined The Plague, a group who was working with the then unknown Fugees. Wyclef Jean did the chorus on their demo, but no companies were interested in it, so Washington left the group.

He ran into his high school friend, Yafeu “Kadafi” Fula. He told Washington that he’s helping his Godbrother, Tupac “2PAC” Shakur search for members for a group they were forming. He asked Washington to come with him and visit Tupac at the Clinton Correctional Facility where he was serving time for sexual abuse. At the time FAtal didn’t believe that Kadafi knew Tupac and it wasn’t brought up again until Kadafi’s mother, Yaasmyn Fula, mentioned it. Fatal then realized that Kadafi was serious. The next day, Washington visited Tupac. Before he had any chance to introduce himself Tupac asked him to rap a few verses. Soon he was a member of the group, the Outlaw Immortalz. The other members of the group were Katari “Kastro” Cox, Malcolm “E.D.I.” Greenidge, Mutah “Napoleon” Beale and of course Tupac and Kadafi. Tupac had given them aliases after political men hated in the America, he gave Washington the alias, Hussein Fatal which was later changed to Fatal Hussein after Iraq president, Saddam Hussein.

Tupac promised to take them with him to California when he was released from prison and he held his word. On October 12, 1995, Death Row Records, Interscope Records and Time Warner paid a $1,4 million bail to have Tupac released. In return Tupac had to sign a three album deal with Death Row Records. Tupac had their flight scheduled and a limousine to pick them up at the airport. The next day, they went into the studio and started recording Tupac’s double LP, All Eyez On Me. On February 13, 1996, All Eyez On Me was released. Fatal guest appeared on two songs, “All About U” and “When We Ride.” On June 14, Tupac’s “How Do U Want It” single was released. “Hit ‘Em Up,” a song featuring the Outlawz which is probably the most notorious dis song in hip-hop history. It dissed Bad Boy Entertainment, Chino XL, Junior M.A.F.I.A. and Mobb Deep. Tupac claimed that he had sex with Bad Boy Entertainment recording artist The Notorious B.I.G.’s wife, Faith Evans.

Fatal and Tupac were friends, but friends don’t always get along, some people said they were too alike. A good example is when Fatal borrowed Tupac’s new Land Cruiser without permission and crashed it. Tupac became so angry that he sent Fatal back home to New Jersey. This wasn’t the first time, though. Tupac sent Fatal and Kadafi back home to New Jersey a lot of times for acting crazy. This time Fatal realized he really messed up. He asked Kadafi’s mother to contact Tupac so he could apologize. The same day he received a phone call from his girlfriend who told him to return to California where he apologized to Tupac. On September 6, Fatal had to leave California due to a court appearance on assault charges. On September 7, Tupac was shot four times in a drive-by-shooting in Las Vegas, Nevada. He was taken to the University Medical Center where he died a week later.

Since Tupac was dead Fatal no longer had any reason to stay in Los Angeles, California so he left without packing any clothes nor money; Kadafi followed him. On November 10, Kadafi was shot in the head by Napoleon’s cousin, Roddy. He was taken to University Hospital where he died on the afternoon. He was only 19-year-old. Roddy claimed it was an accident, he said that while he and Kadafi were drunk and high and were playing with a gun, he accidentally pulled the trigger and a bullet hit Kadafi in the head. Napoleon convinced Roddy to turn himself in.

Within two months, Fatal had lost his two best friends. He felt the rap game was more dangerous than the dope game so he quit rapping. He was always drunk and high, he robbed people, he started dealing cocaine again. He basically hit rock bottom. Slowly an anger towards the other members of the Outlawz grew inside of him. He was angry at them for various reasons; For not being there for Tupac on September 7, 1996, for “forgiving” Roddy for Kadafi’s killing and for signing with Death Row Records even though Tupac told them not to. To top is off the Outlawz removed Fatal from the album Still I Rise. Fatal started to miss his life as a rapper and in late 1997, Fatal was offered a contract with Relativity Records. He accepted it and they released his debut single, “Everyday,” on March 17, 1998 and his debut LP, In The Line Of Fire, on March 31 under the name Fatal, Hussein had been dropped from his name. The album didn’t sell as well as expected and Fatal himself admitted that he rushed the album and could do better. He promises his second album will be better.

Fatal later left Relativity Records and signed with Rap-A-Lot Records where he started working on his second album, Death Before Dishonor. Before he could finish it he was arrested by the Orange Police Department in Newark, New Jersey in December, 1999. He was arrested for slashing a person’s face and stomach and another person’s arm and chest with a box cutter on July 12, 1997. On May 15, 2001, he was released to a half-way house and is now released on various forms of probation. Rap-A-Lot Records is scheduled to release his second album, Death Before Dishonor, in 2002. It’s dedicated to Tupac and for the first time since since his death it’ll feature a song with all members of the Outlawz. It’ll also feature guest appearances by Fat Joe, Gangstarr, Gotti, Ja Rule, Lil’ Mo, New Child, Rowdy Rahz and Scarface with production by Hurt ‘Em Bad, Johnny J and Quimmy Quim.

Hussein Fatal died in a car accident on a Georgia freeway in Banks County on July 10, 2015 at the age of 42. His girlfriend was driving and was charged with DUI, first-degree vehicular homicide, and reckless driving. He was survived by three daughters, his mother Cheryl Perkins, his father Bruce Washington Sr., and eleven siblings.