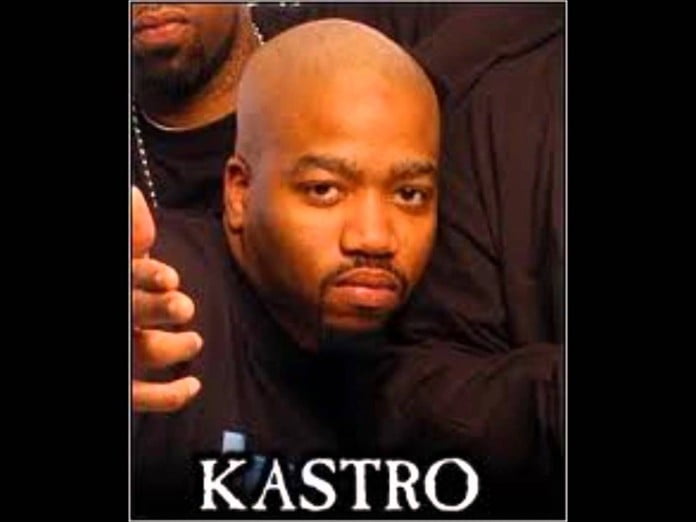 Katari Cox was born in Manhattan, New York on December 30, 1976. His parents are Gloria and T. Cox. He became friends with Malcolm “E.D.I.” Greenidge. They met through their mothers who were close friends. Cox, E.D.I. and their families later moved to New Jersey where they became friends with Yafeu “Kadafi” Fula. In 1992, they formed a trio. Kastro went under the alias K-Dog and the trio went under names like the Thoro Headz and the Young Thugs.

By now, K-Dog’s cousin, Tupac Amaru Shakur, had became a rap star and let them guest appear on “Flex” on his “Holler If Ya Hear Me” single which was released on February 4, 1993. In 1994, Mutah “Napoleon” Beale joined the group now known as Dramacydal. On April 5, 1995, Tupac’s LP, Me Against The World, was released. They guest appeared on “Me Against The World” and “Outlaw.” On June 27, Tupac’s “So Many Tears” single was released. It features “Hard To Imagine,” a song by K-Dog, E.D.I. and Napoleon.

In 1995, K-Dog, Tupac, Bruce “Fatal” Washington, Kadafi, Kastro and Napoleon formed the group the Outlaw Immortalz, later changed to the Outlawz. Tupac gave each member of the group an alias from an enemy of America, he gave K-Dog the alias Kastro after Cuban president Fidel Castro. On February 13, 1996, Tupac’s double LP, All Eyez On Me, was released. Kastro guest appeared on “Tradin’ War Stories,” “When We Ride” and “Thug Passion.”

On September 7, 1996, Tupac was shot four times in a drive-by-shooting in Las Vegas, Nevada. He was taken to University Medical Center where he died a week later. Kastro and the rest of the Outlawz moved back to New Jersey. On November 5, Tupac’s LP, The Don Killuminati: The 7 Day Theory, was released. Kastro guest appeared on two songs, “Hail Mary” and “Life Of An Outlaw.” “Hail Mary” was the third single and video. Death Row Records who released the LP didn’t credit the Outlawz for guest appearing on it and cut them out of the video. On November 10, after visiting his girlfriend, Kadafi was shot. He was taken to University Hospital where he died on the afternoon.